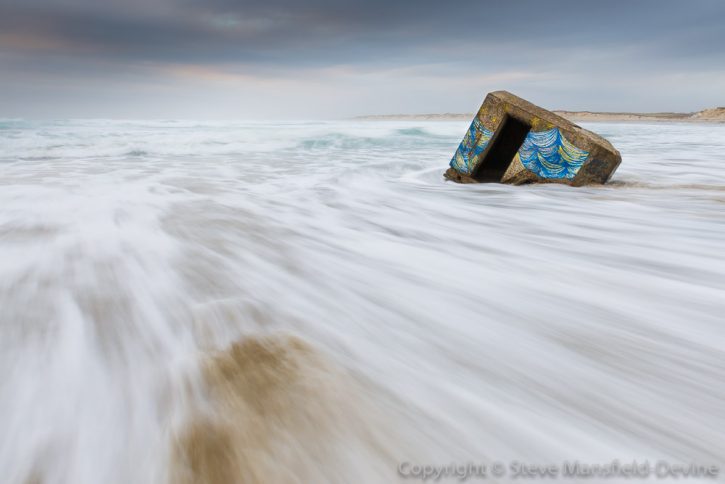 On occasion, a camera captures a little too much. Its ability to freeze time creates detail of a somewhat arbitrary nature – waves stilled at the moment of breaking, for example, or the leaves of trees being blown by the wind rendered with exquisite precision that doesn’t necessarily match the mood of the scene or the emotion you’re trying to convey.

The technique of using long exposure times to allow moving subjects to blur has a long pedigree in the history of photography. In the early days of the art, there was little choice. The sensitivity of photographic plates was such that exposures were measured by chanting out the seconds. Today, we more commonly deal with small fractions of a second. But choosing to employ long exposures can be a highly effective creative choice – for example, when that arbitrary detail is distracting. 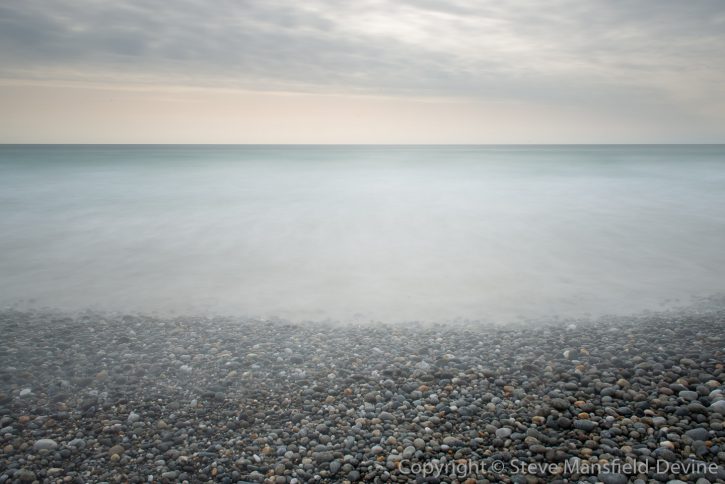 Distracting waves turned into something far more atmospheric that better represents the mood of the moment.

At dawn, dusk or night, it’s easy to find a suitable shutter speed and aperture combination that allows for a long exposure. During daytime, that’s not always the case. Even with the ISO dialled down to the minimum – typically 100 on most cameras – the light may be too bright.

This is where neutral density (ND) filters come in. They’re ‘neutral’ because, in theory, they are perfectly grey, introducing no colour cast (some are better than others at this). Their job is simply to cut the amount of light going into the lens, turning a bright day into a murky one.

You can buy ND filters as the regular screw-in type. I have a collection of these that I bought for making films. When shooting video on a DLSR, you’re normally stuck with a fixed shutter speed (we used 1/50th), so all exposure settings revolve around the aperture. Using ND filters allowed me to use wide apertures giving the video a more ‘film-like’ look.

The degree to which an ND filter cuts the light varies according to the filter. It’s usually given using one of several notations, the most common of which is the ND.number. The filters I had for film work were the ND 0.3 (1 stop darker), ND 0.6 (2 stops) and ND 0.9 (3 stops).

I also have a variable ND filter. This is actually two polarising filters mounted together, with the front filter able to rotate. It’s effective, but not without its problems. For one thing, it can be difficult to calibrate – and therefore tricky to work out the right exposure. If you go too far, you start getting weird artefacts, such as a cross-like shadow in the image. You’re stuck with polarising effects you may not want. And it puts two pieces of glass in front of the lens, which can have an effect on image quality. All told, I never got on very well with the variable ND filter.

I also had problems trying to use screw-in filters for my landscape work. They are slow to mount and unmount – we’ll see in a minute why that’s important.

In addition, the filters I owned offered a maximum of 3 stops of darkening, which isn’t much. Let’s say a scene calls for an exposure time of 1/125th. Adding the ND 0.9 filter pushes the shutter speed to 1/15th, which may cause some motion blur, but not much. 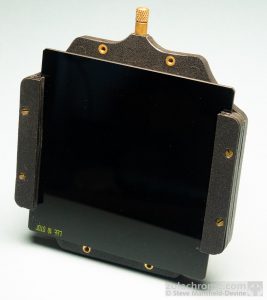 The Big Stopper filter in the holder.

I already owned a Lee 100mm filter holder from my days shooting with a Mamiya RZ-67. This allows you to slot in square filters. It works by having an adapter ring that screws on to the lens and which can stay in place all day, if you like. The filter holder itself simply clips on to this and can be removed in a moment.

Lee makes a number of very dense ND filters to use with this system. The Little Stopper gives a light reduction of 6 stops and the Big Stopper (the one I use most) is 10 stops. There’s also a Super Stopper, which I haven’t tried, that’s 15 stops.

Let’s take our previous exposure example, but this time using the Big Stopper in place of the ND 0.9. The 1/125th shutter speed now becomes 8 seconds. That’s a lot more blurring!

The filters come in metal cases that provide good protection. They also come with cheat sheet cards showing the effect on exposure times. I’ve taped these cards to the backs of the cases so that they’re always at hand and won’t get lost.

The filters are also fitted with foam to seal against the filter holder, cutting out stray light that might not be noticeable at 1/125th sec but can ruin your day at 30 secs. 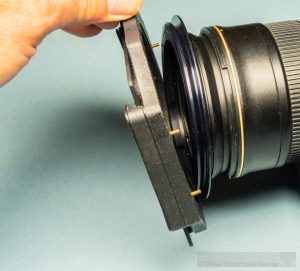 Clipping the holder to the adapter.

Once you slide one of these filters into place, you can pretty much forget about looking through the viewfinder. This is where the ease of removing the filter becomes important.

Your camera’s autofocus system is likely to give up when trying to focus with the lens in place. That means focusing the image before you put the filter on and then ensuring that the camera is in manual focus mode – otherwise, as soon as you hit the shutter release it will try to focus again.

If you want to reframe the image, check or change focus, re-zoom or just generally ensure than everything is how you want it, then you’ll need to remove the filter.

One issue I found is that pushing the filter into the holder can cause my favourite lens, the 24-70mm zoom, to change zoom setting a little. During any session, you only need to do this once, but for this reason and all the others mentioned above, being able to quickly clip and unclip the filter is a real blessing. Trying to do all this with a screw-in filter is a recipe for frustration.

But then I took pictures where I neglected to do this. At first, I didn’t correlate this with the failed images. I couldn’t understand why there was a magenta hot-spot in the upper part of the frame and a long pale bar just below it. Google, as ever, was my friend. 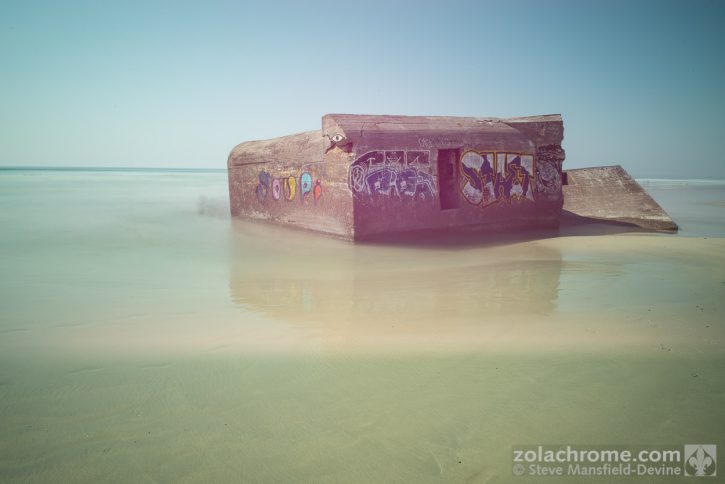 The result of light leakage through the viewfinder.

It turns out that, even when the mirror is up, light can seep in via the viewfinder and affect the image. In the days of film, we would have called this fogging.

I’ve shot long-ish exposures before and never noticed this issue. But it turns out that exposure times of, say, one or two seconds doesn’t give this light leak time to have an effect. And the longer exposures I’ve previously taken – up to 30 seconds – were all at night, when there was little light to creep in through the viewfinder.

You need to ensure that the viewfinder is blocked – easy enough if you camera had a viewfinder shutter. It not, look into caps that can go over the eyepiece. 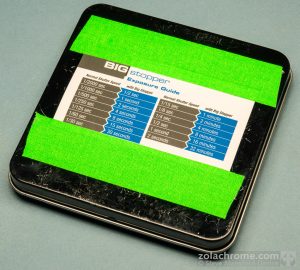 Exposure guide taped to the tin so I never lose it.

When shooting long exposures back in the days of film, we had to contend with an issue known as reciprocity failure. In brief, this was caused by film emulsions effectively having lower sensitivity when exposure times become long. If the light meter said you needed a 1 sec exposure, for example, you might have to give it more like 1½ secs. (You would typically get a colour cast that you’d need to correct with filters, too.)

In theory, digital camera sensors don’t suffer from reciprocity failure. In practice, I’ve found myself adding an extra stop, sometimes two, for exposures up around the 30 secs to 1 minute mark. Some of this might be explained by the meter’s response to the subject matter – ie, an overall bright subject that could have fooled the meter into under-exposing slightly – and the rest could be variation in filter production. Lee does warn that the Big Stopper may not be exactly 10 stops of light reduction and that you should carry out tests (ditto for the Little Stopper’s 6 stops).

Digital sensors can suffer from noise with long exposures, so it make sense to turn on the camera’s noise reduction feature. This will increase the time taken for the camera to save the image – sometimes very significantly – so don’t plan on capturing any ‘decisive moments’.

The picture below was taken in the teeth of a howling gale at the top of a cliff where I had trouble staying upright. It was a 30 sec exposure. And it’s pin-sharp. (There’ll be a blog post about this image coming soon.) 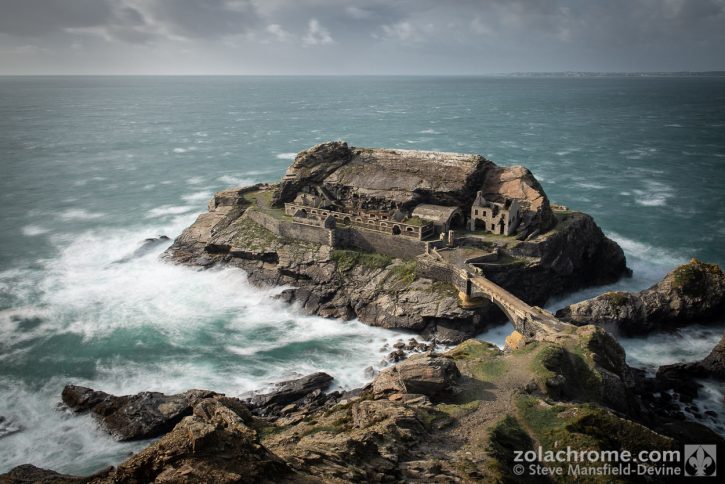 It’s also a good idea to eliminate any vibration introduced by pressing the shutter release and the camera’s mirror flipping up (although, arguably, on very long exposures this is going to have less impact on overall sharpness than it would with, say, a 1/2 sec or 1 sec exposure).

My technique is to use the self-timer, set to 2 secs, so that any vibration caused by pressing the shutter release has time to fade. As an alternative, I also have a couple of remote releases, which I’ll be reviewing soon. 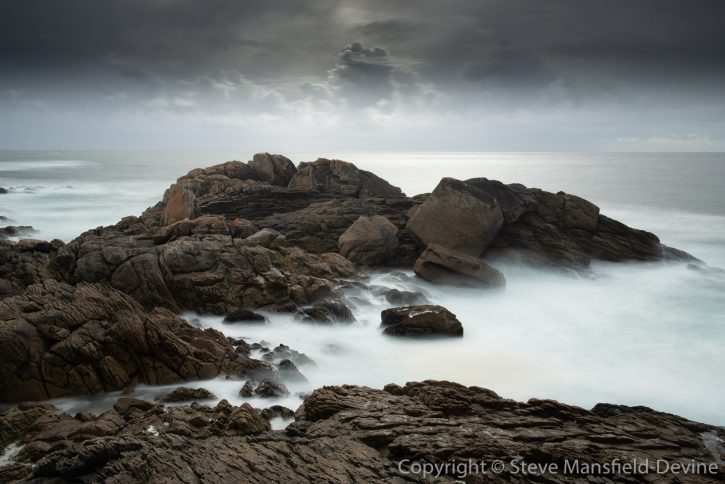 A 15 sec exposure in difficult conditions, held rock steady by a good tripod.

Switching to live view means that the mirror is already raised, eliminating that problem.

Here’s my sequence of events for setting up and taking a picture with the Little Stopper or Big Stopper.

We’ll assume that noise reduction for long exposures is already enabled, that the adapter for the filter holder is screwed to the lens, that the filter itself is in the holder but that the holder is not on the lens. Finally, we’ve either selected the self-timer mode or have a remote release fitted.

This is slow work, but that has a certain meditative quality that I associate with medium- and large-format photography.

Finally, the long exposures and the processing of the image in noise reduction mode produce a heavy drain on the batteries. Make sure you bring a couple of spares with you. 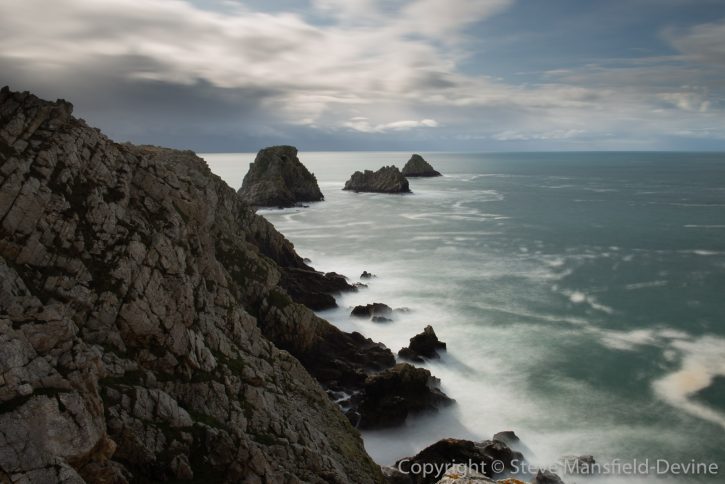