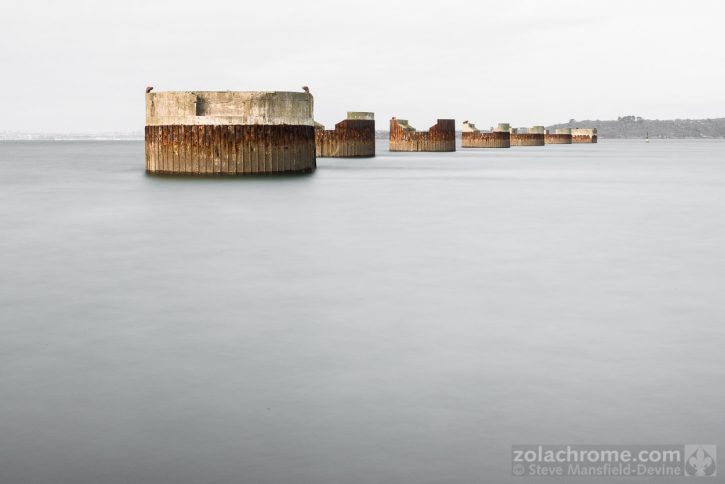 This is a shot taken on a recent trip to Brittany. I’m pleased with it – which is just as well because it took me nine years to get it.

These are the remains of a pier or jetty sticking out into the Rade de Brest – the confluence of several rivers where they meet the Atlantic. It’s shot from the shore of the Crozon peninsula, a beautifully rugged part of Finistère.

I was attracted to these pillars because of their strangely monumental appearance. They were perfect for my Dust & Shadow project, in which I’m treating modern, but often derelict, structures as though they are ancient monuments. These structures are capable of taking on a somewhat mysterious air. 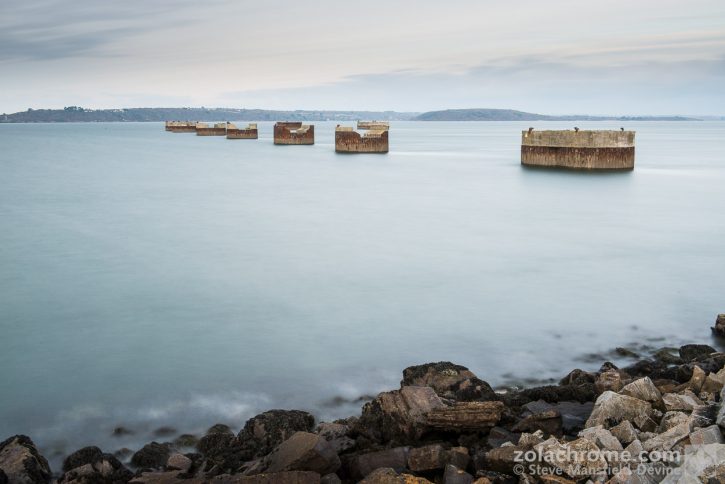 This isn’t my first attempt at photographing these pillars. I originally encountered them on our first trip to the Crozon, in 2010. It was the last day of our trip – I think the car might even have been packed to come home. And so I shot just a few, rushed frames. 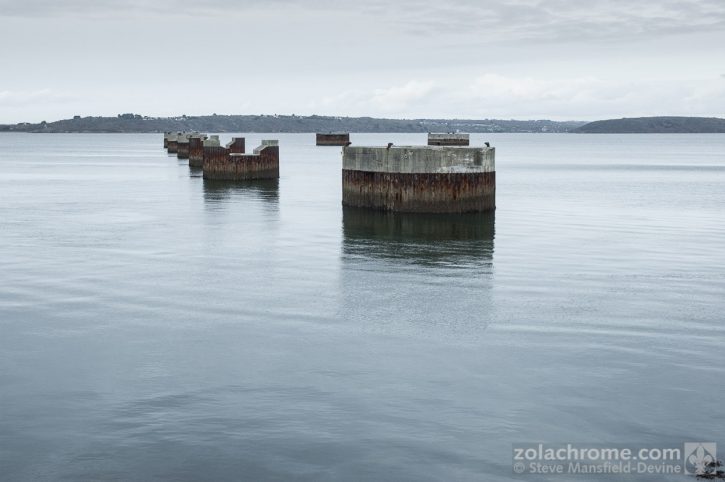 The shot above was the best of them, but I found it disappointing. Given that I was going for ‘mysterious’, the image turned out sadly banal. I realised as soon as I saw it on my computer, once we’d got home, that I should have used a long exposure. But the tripod was buried deep in the car and it was raining.

Having rediscovered the pillars, I made time to shoot them properly. It wasn’t easy. I had to scramble down jagged rocks and was keeping a careful eye on the tide. The exposures were a minute long, using the Lee Big Stopper 10-stop neutral density filter (I plan to do a blog post about using this). But finally I got the effect I was after.