Pic of the week: Poplar plantation 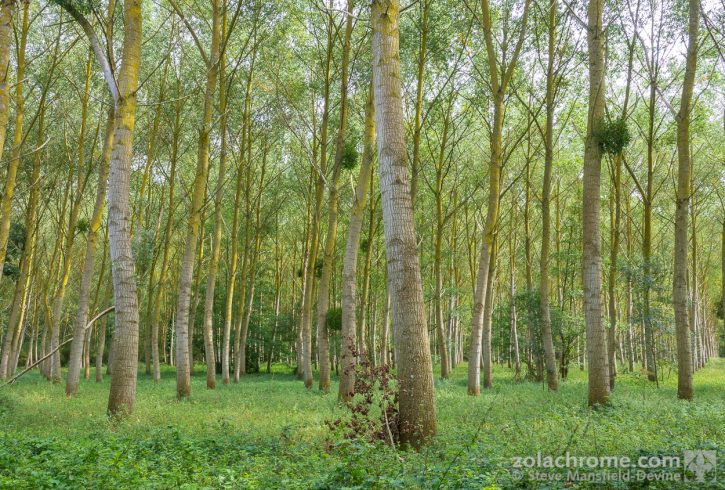 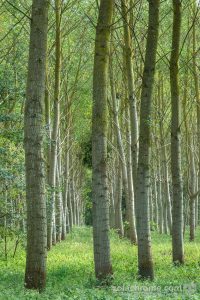 There’s something about poplar plantations that appeals to me. It has to do, I think, with their monumental appearance.

I took these pictures on a bike ride we took down to towpath of the Mayenne river, which snakes down through the department of the same name in the Pays de la Loire region of France. The towpath has been converted into a voie verte (greenway) for walkers and cyclists. You can read more about the ride and the river on our e-cycling blog, Bocage Biking.

The Mayenne is a large, navigable river with lots of locks, weirs and sluice gates, with the latter also containing hydro-electric power generators.

In spite of the river levels being controlled, it’s obvious that many parts of the land bordering the river are prone to flooding. That’s a classic reason for putting in a poplar plantation – to drain the soil.

We’ve encountered these plantations in many places alongside voies vertes, although with previous examples the greenways have been former railway lines. That was the case with the following image, taken a few years ago, which has become one of the most popular images in my print gallery. 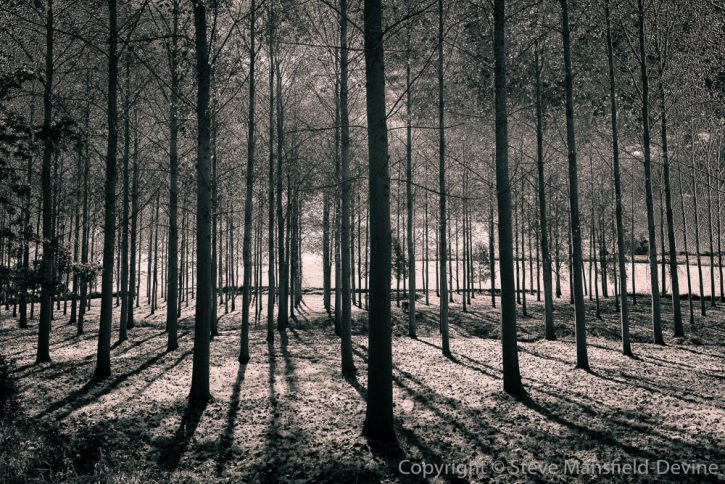 I’m always struck by the silent magnificence of these plantations.

To Trish, they seem like rows of soldiers patiently standing guard, perhaps like China’s famous terracotta army. For me, they are more akin to the standing stone alignments at Carnac. While we know the reason for their existence in this case, the scale of the trees themselves and the cathedral-like space they occupy adds an air of grandeur. And the formality of the deliberate order imposed by them being regularly spaced in rows suggests a mysterious purpose.

The end result is an unshakeable feeling that there is something going on here that is beyond our understanding but which is nevertheless important – just as with megalithic monuments. 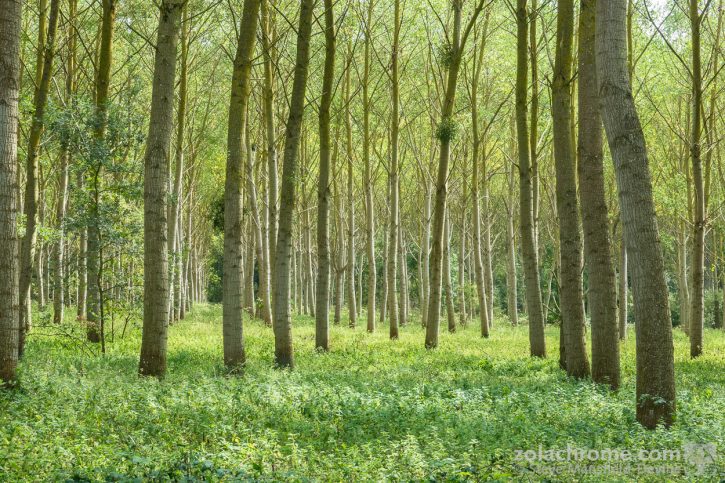