Pic of the week: Rouvre oak 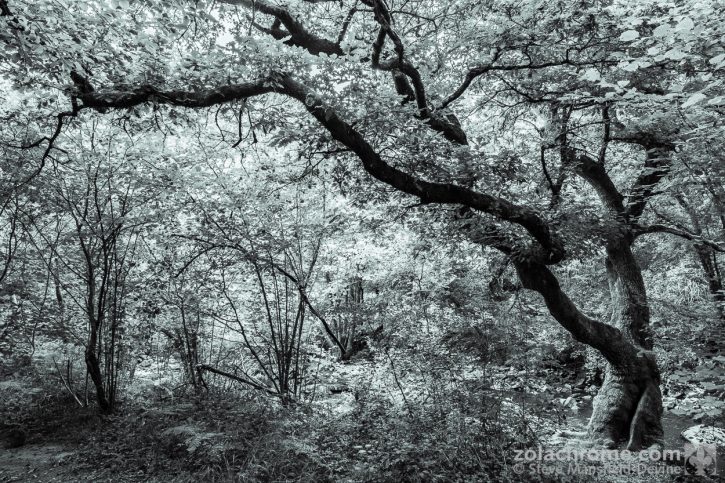 I wasn’t expecting to get anything on this trip. Trish & I went out for the day just to explore. An hour down the road is an area known as the Suisse Normande, a hilly part of Normandy on the Orne/Calvados border that is cut into rocky ravines by a number of rivers.

One of those rivers is the Rouvre and I’ve decided that I want to use it as the basis for a photography project (about which I’ll be talking more in future posts). So our day trip was intended mainly as reconnaissance. For that reason, I took only the Sony RX10 – my go-to walk-about camera – and a monopod, but no tripod.

The valley cut by the Rouvre is frequently and quite heavily wooded, which meant that we were in deep shade a lot of the time. I cranked up the ISO as far as I dared (the Sony gets quite noisy quite quickly), but fairly quickly found myself wishing I’d brought a tripod.

I was struck by how trees, such as the oak above, have twisted themselves into weird shapes in an attempt to grab as much light as they can. 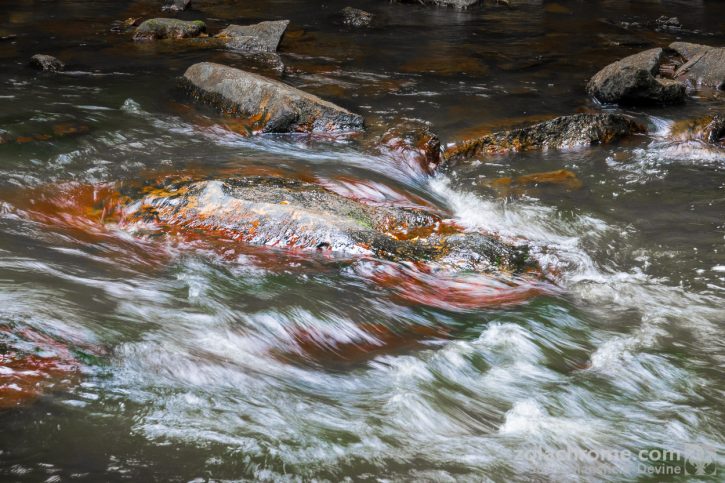 My new project is about time and how it shapes the environment. A river valley is a classic example, with the flow of water cutting through the granite at a rate imperceptible to use mere humans. I haven’t yet found out, by the way, why the rock above is so red. I’m assuming it’s some sort of algae, although the landscape around here is iron-rich.

The image above is actually quite sharp, in spite of being shot at 1/13th of a second handheld – thanks mainly to the Sony’s vibration reduction. 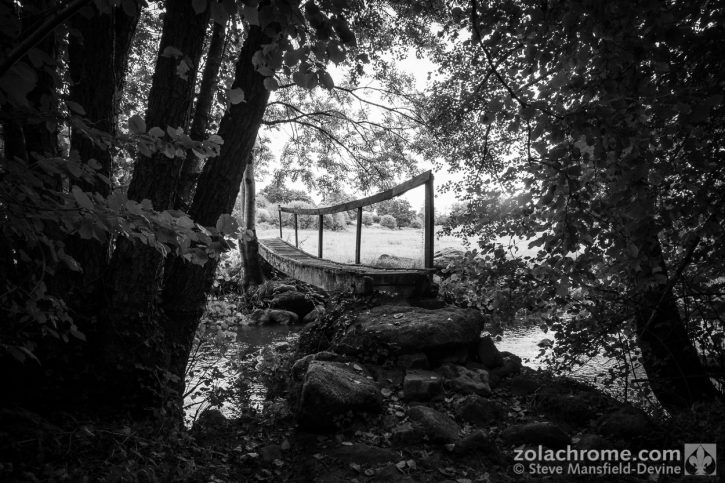 Our walks, starting at Notre Dame du Rocher, also gave me ample opportunity to explore one of the main themes of my landscape photography – the traces that mankind leaves in the environment.

I’m looking forward to exploring the Rouvre, and the nearby Orne river. But I’ll be taking a tripod next time.