Pic of the week: the cat that hunts alone 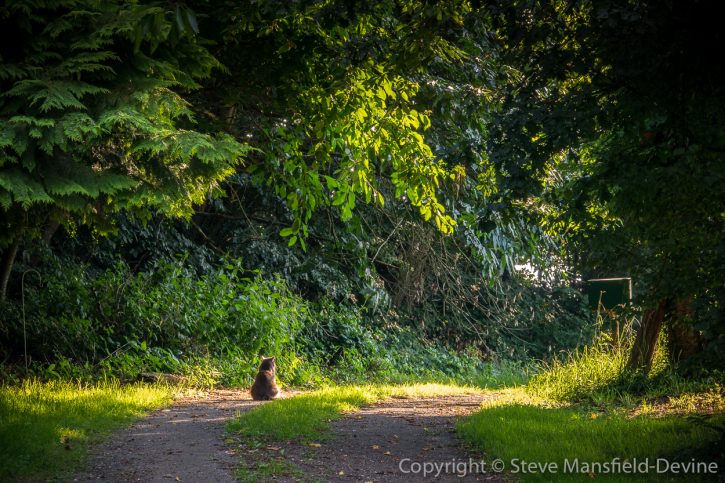 Pushkin adopted us a few months ago. Although we already had two cats and a dog, he simply knocked at the door, walked in and asked to see his room.

According to the vet, he’s about four years old and neutered, so was obviously someone’s pet. We tried hard to find out whose but ultimately came to the conclusion he’d been dumped. 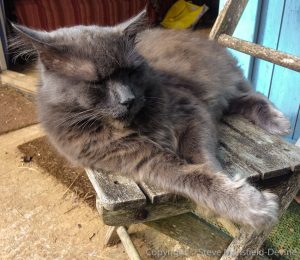 Why, I don’t know. He’s a sweet, mild-mannered soul. He avoids fights and tries to gets on with the other animals. He’s now the dog’s BFF. He loves everyone.

That’s why he’s sitting so calmly, so apparently placidly, up by the entrance to our property. It’s where the rabbits live – some of them.

Although fewer than we might. Pushkin is a fearsome hunter. Occasionally he’s brought rabbits back into the kitchen to butcher and eat. Sometimes he leaves us the gallbladder. One time it was an ear and a tail. He’s thoughtful that way.

So yes – it was a bucolic scene. A cat in contemplative mood at the end of a beautiful summer day. Just ask the rabbits…