Pic of the week: After the storm 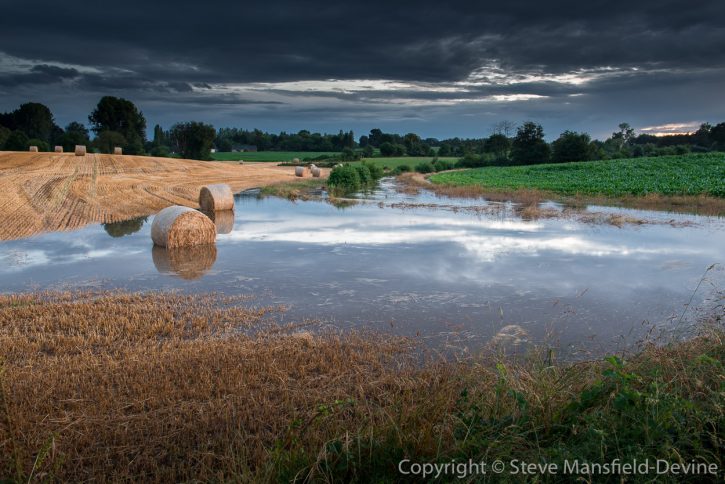 The other night we had a thunderstorm the likes of which I’ve never experienced outside of the tropics. It wasn’t the thunder and lightning so much, although there was plenty of both. It was the rain. It felt like the house was underwater.

By the time I came to give the dog his last walk of the day the rain had passed. We walked down the lane, like we have hundreds of times, but there was something weirdly different.

The sun had just set, but the embers of light were reflecting off … something. If I hadn’t known better I would have sworn there was a lake at the end of our lane. But I knew that wasn’t true.

Except that it was.

The stream that normally trickles along the bottom of a shallow valley had flooded, massively. There were rolls of baled barley hay half-drowned. The stream flows under the road (a tiny country lane) through a large drainage pipe. The force of water passing through this sounded like a generator turbine.

I grabbed a few snaps on my iPhone, but I knew I had to get some better shots. I power-walked back to the house and grabbed the D800 which, luckily, was already on a tripod.

By the time I got back to the flooded field the light was failing fast and the water was already abating. You can see the high water mark on the bale in the picture above.

I selected the camera’s noise reduction mode, because I knew these exposures were going to be slow.

My general technique for shooting such long exposures is this:

I shot at ISO 100, plus a couple of frames at ISO 200. This may seem counter-intuitive – the Nikon, after all, controls noise quite well as the ISO is increased. And I will go to higher ISOs in low-light conditions when I need to. But as I’m always aiming for the maximum quality I’m always reluctant to increase the ISO. The noise reduction mode does a great job of keeping noise caused by long exposures under control, so I’d rather go for the longer exposure than increase sensor speed.

I still haven’t decided whether I prefer the image emphasising the flooded field (above) or the one with the lowering sky (below). 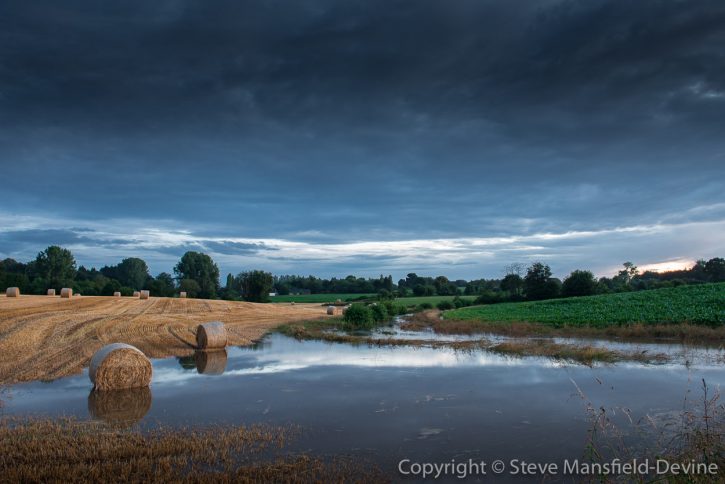 There was flooding on the other side of the road, too, just below where our neighbour has put in his new chicken shed (a subject we’ll revisit). This was more contained because the fields either side of the stream sloped more steeply. 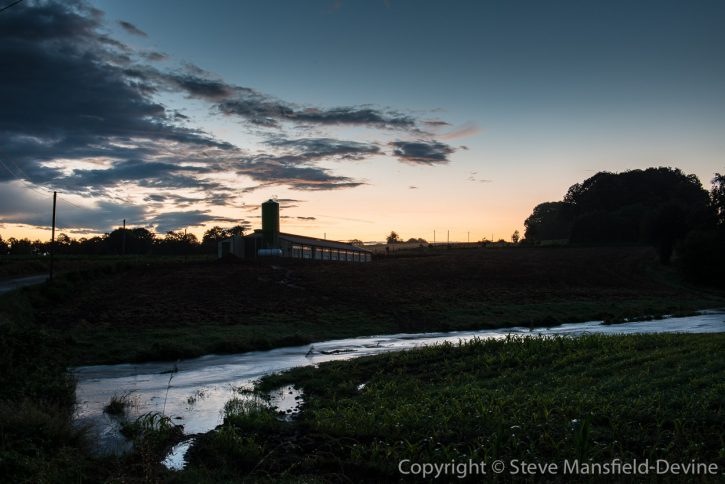 The next morning, everything was back to normal … like it had never happened.