A Canon, a roll of film and delayed gratification 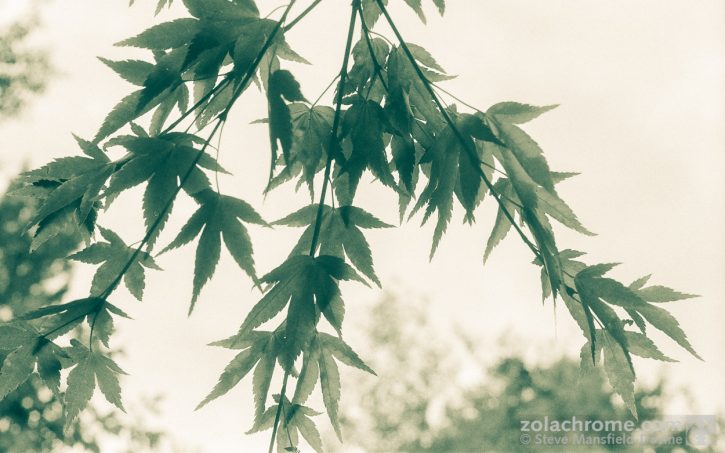 It would grieve me to find that someone has mistaken me for a hipster. But I realise I’m running that risk writing this post. Because, you see, I’m shooting on film again.

Not much. Just the odd roll now and then. I can handle it.

This is not about nostalgia. Oh, who the hell am I kidding? This is entirely about nostalgia. I’m at an age where I’m entitled to gaze back at that ‘foreign country’ that is the past with more than a little wistfulness. 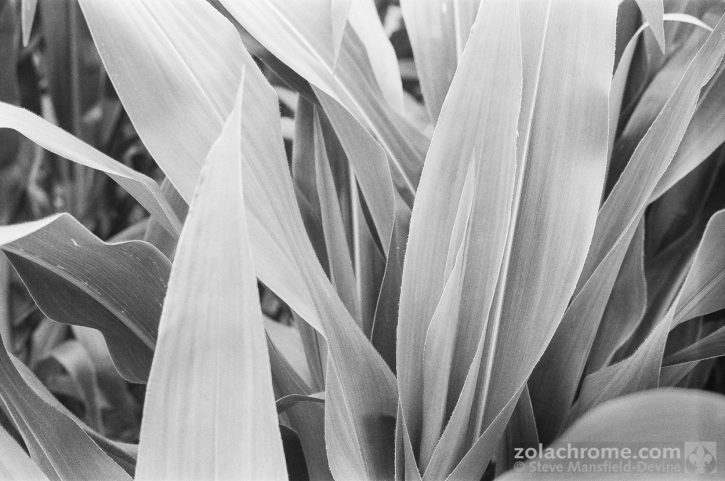 A person comes of age in many ways at many times. Everything important we do has at least one significant moment attached to it.

For me, it was the day I got my Canon FTb – the first camera I bought myself. Summer 1974. It was a real step up from my dad’s Zenith B, as grateful as I was for that. For heaven’s sake, the Canon even boasted those magical letters ‘TTL’. I could put away my Dixons own-brand light meter; from now on it would be metering Through The Lens all the way.

That Canon FTb, having been carefully stored by my father for a long spell, is still with me, almost as good as the day I bought it. 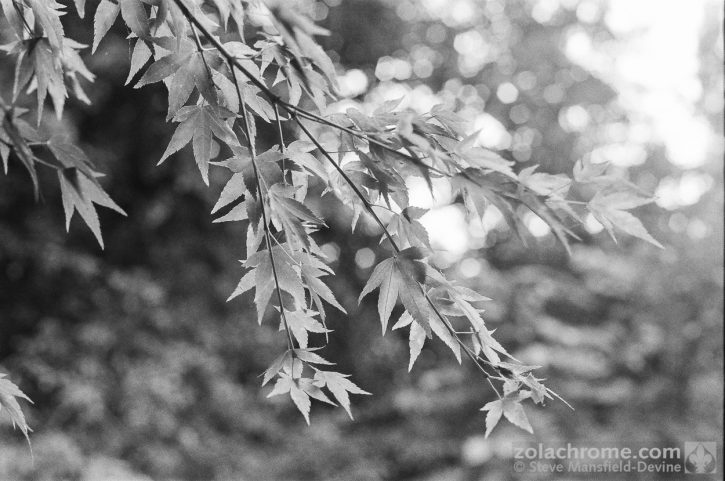 I while back, in my first bout of nostalgia, I loaded it with film. But then, what with one thing and another, I didn’t shoot a single frame.

But nostalgia is a pernicious affliction, and so the other day I picked it up again. Alas, I couldn’t remember what film I’d loaded. The FTb is from an era before manufacturers started putting ‘memo’ holders on the camera back, into which you could slip the torn-off flap from the film box.

It had to be one of two black & white types, because those are the only films I have. I could have rewound the film, being careful not to let the leader disappear into the cassette, and popped the back open. Or, given that I hadn’t shot anything, I could have simply opened up the back and sacrificed the first few frames.

But I decided to guess.

Must be Ilford FP4, I figured. ISO 125. Or ASA 125 if you want to be truly old school. Not sure what the DIN rating would be and don’t care. 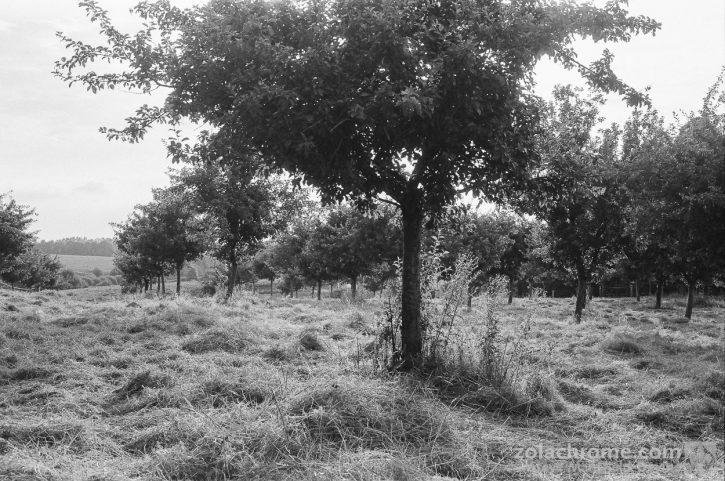 I wandered around the garden and the neighbour’s orchard for 30-40 minutes, snapping away. The only lens I have for the Canon is its original 50mm ƒ/1.8. Within months of getting the FTb I considered myself too good for a ‘standard’ lens. That’s amateur stuff, I thought. It’s wide angle or telephoto or nothing. Now I’m not so sure. It’s a good, general-purpose lens.

The FTb’s light meter requires a battery (the only part of the camera that does). Not having one, I used my light meter.

During that half-hour or so I discovered that there’s a couple of things I miss about film cameras.

Winding on the film is a simple but distinct pleasure. It’s a form of preparing for the next shot, mentally as well as technically. It also makes you feel as though you’re progressing, that you’ve banked another image. It’s like pulling a page of text from a typewriter.

And I realised I depend too much these days on autofocus. Focusing the lens manually makes you look harder and more critically at the image you’re making. 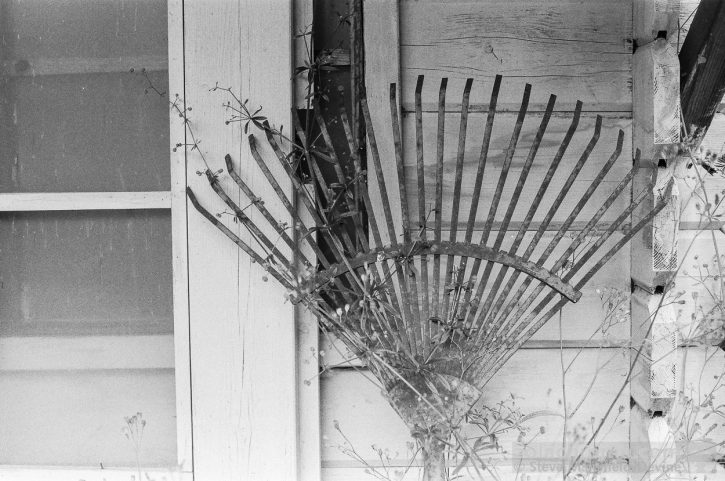 Soon I was at the end of the roll. I rewound, popped open the back … and found that the film was HP5. ISO 400.

In other words, I’d been over-exposing by nearly two stops.

Well, it wasn’t that much of a disaster. Black & white negative film is forgiving stuff. And actually, it was only just over one stop. I’d metered for ISO 125 and, back in the day, when I used HP5 habitually, I rated it at 320 anyway.

The processing service I selected, in the UK, offered a push/pull option. I told them to pull development by a stop. 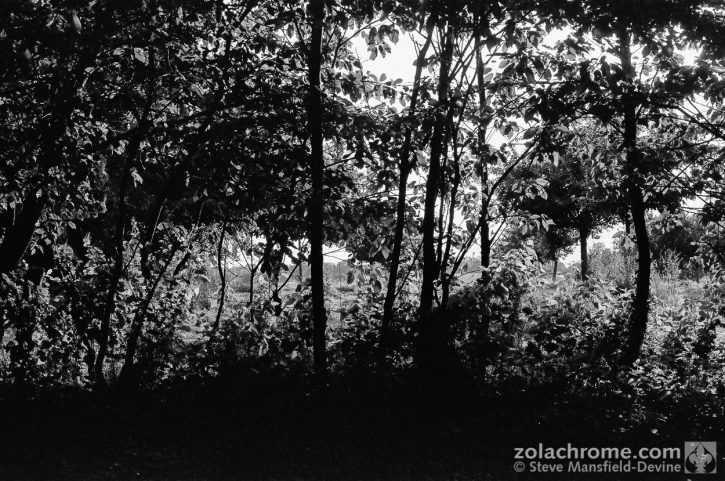 Just over a week later I relived one of the great joys of my life – an experience I have enjoyed many times, but not lately. I got a film back in the post. (It used to be mostly Kodachromes that gave me that thrill.)

I’d opted to have the film scanned after processing at what the company calls ‘medium’ resolution. This turned out to be about 6MP. It’s not much, but it still picks up pretty much all the detail the images have to offer. 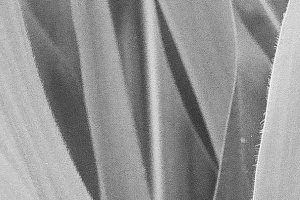 I can’t say I’m entirely happy with the processing. A close look reveals very heavy grain. Yes, it’s HP5 and yes, pulling a stop is non-optimal. But this grain almost looks like reticulation. Or it could just be a combination of grain and the relatively low-resolution scan. (Click on the image to the right to see what I mean.) There are some marks that suggest slightly sloppy processing, too.

But even as I was noting down these flaws I realised it didn’t matter.

In these days of high-resolution digital cameras producing pristine images we can lose sight of the soul of the photo.

In fact, I find myself rather enjoying the imperfections, partly because they’re beyond my control.

I’ve toyed with the idea of processing the films myself. I still have my processing tanks stored in the barn. But I’m not after perfection, here. I just want to have some fun. 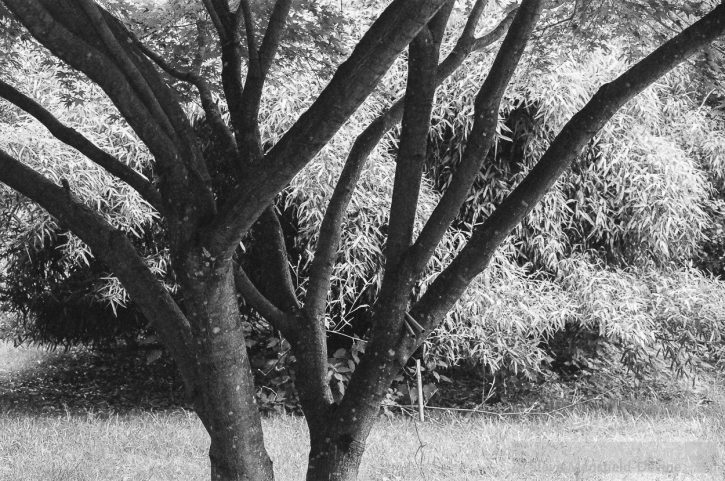 The images in the slide show in the sketchbook section are presented as they came back from the processing house. I haven’t modified them at all, not even to spot heal dust specks. The ones in this post, though, may have been tweaked a bit. Quite a bit in some cases.

And by the way, is it me or does this modern HP5 seem very sensitive in the blue-green part of the spectrum? Some of the green foliage in these shots almost looks like it’s been shot on infra-red film.

So, there’s a battery in the FTb now. And also one in the Nikon F3, on to which I’ve slapped the 55mm ƒ/2.8 Micro-Nikkor. I have a feeling that might be my go-to film camera. (Or maybe the FE-2. Or the Mamiya RZ-67 Pro II. One of the benefits of being my age is that you have a lot of fascinating ‘vintage’ stuff that you thought was just old.)

This is going to be fun. 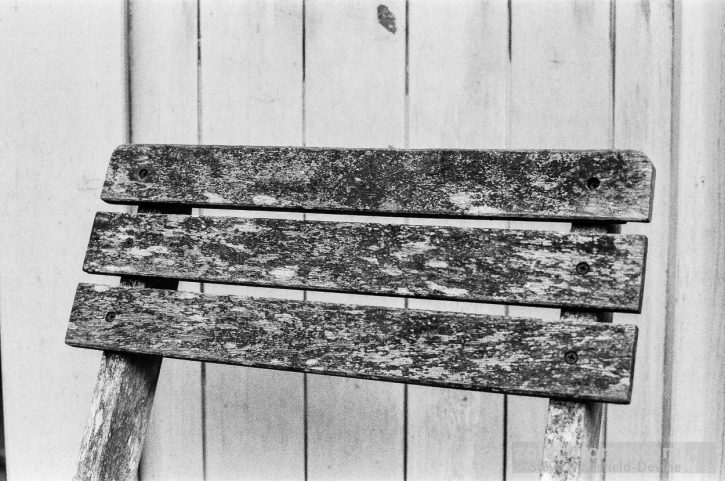