In the end, you either give up one of those attributes or you compromise. There is a range of possibilities with absolute stability at one end and maximum portability at the other. Choosing the right tripod for your needs is a matter of picking a point on that line by deciding how much of each quality you’re prepared (or need) to sacrifice.

My first ‘proper’ tripod was a Gitzo Reporter I bought in 1981 and am still using. (There was an earlier Velbon, but we don’t speak of that.) It’s been around the world with me. It has stood in the sea, in sand and in rivers. I’ve shot 20-second exposures with a motor-driven 35mm camera and long lens without a hint of shake. And it hasn’t given me a lick of trouble. I’ve never made even the lightest repair to it.

But damn it’s heavy. Also, the twist-to-grip locks for the leg sections are hard on my ageing hands. 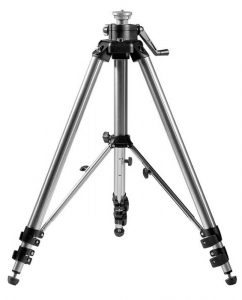 A couple of years ago I decided it was time to upgrade. Luckily, tripod technology had moved on in the intervening 25 years (who knew?). Specifically, carbon fibre tripods had become a thing and this has gone a long way to addressing the lightness side of the tripod equation.

I already own a Manfrotto carbon fibre monopod, which is a permanent and much-used part of my kit. I also own a hulking great 075 which I bought many years ago for medium format photography (with a Mamyia RZ67, if you must know), but which has spent more of its time fitted with a fluid head for filmmaking work. This is by way of saying that I have a history with Manfrotto and it’s a brand I like and trust.

Choosing the right tripod for my needs involved a lot of web searching and introspection. Due to certain health issues – predominantly osteoarthritis in neck and hands – I’m a very weight-conscious photographer. (That’s weight of my kit; most people would tell you I’m not that conscious of my own weight.)

My More Significant Other and I like to walk, and so portability and low weight were important factors in my choice. So was compactness. I knew this tripod would spend a lot of time strapped to a lightweight backpack and I didn’t want to risk unbalancing it. 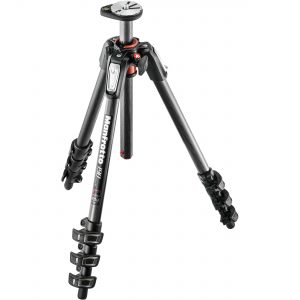 That’s why my choices eventually narrowed down to the MT190CXPRO4 and the slightly larger MT055CXPRO4. In the end, weight won out and I plumped for the MT190CXPRO4. And I have no regrets. The ‘C’ in the name tells you it’s carbon fibre (a cheaper aluminium version, the MT190XPRO4, is available). And the ‘4’ means the legs are in four sections (three-section versions are available too – the MT190XPRO3 andMT190CXPRO3).

Fitted with a ball & socket head, this tripod ticks several boxes. It folds down small enough – thanks to those four sections – that it carries well on the backpack. And it’s light enough that I’m willing to take it everywhere – I don’t have the agonising decision to make at the beginning of a walk as to whether to take a tripod and risk being in pain by the end of the day or to leave it at home and risk missing shots.

Also, the lever-style latches for the leg sections are fast to use, very positive in action (you’re certain that the leg is locked) and kind on my hands.

But what about the rigidity thing? Well, it’s not bad, frankly. The following shot involved a half-second exposure with the incoming tide battering against the legs. And I got a 120x80cm exhibition print out of it. 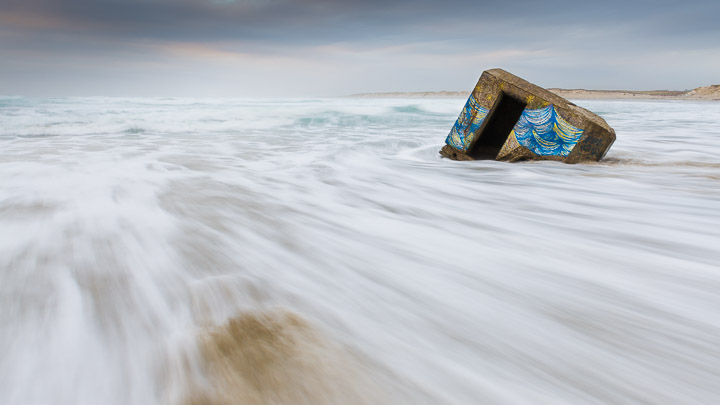 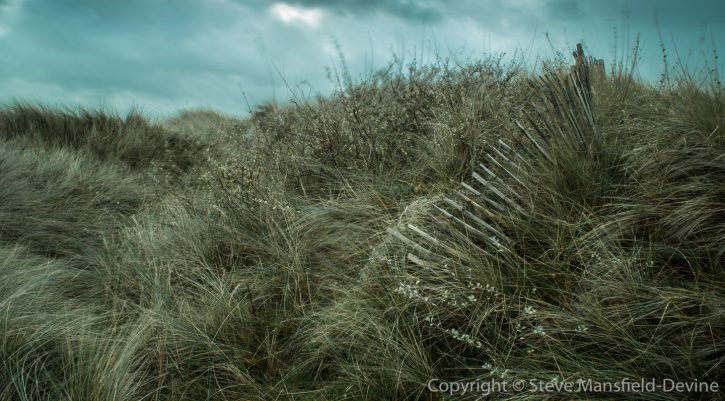 However, I often felt like I was pushing it a bit. Both of those images above are sharp where they’re meant to be, but other frames in the same sessions were not so lucky. And some shots I’ve taken with the 300mm f/4 lens and Nikon D800 suffered from lack of stability.

With the MT190CXPRO4 – oh hell, let’s just call it the 190 – the lower-most leg section is really quite thin. When you place it on the ground you can see a bit of a wobble. Having a heavy camera sitting on top does stabilise things a bit. But I find myself being careful to shield the camera from any appreciable wind. People talk about hanging weights off the centre column, but that seems an awful lot of effort.

When things get blustery, I’ll generally not use the lowest sections of the legs. But that can place the camera rather low. I’m not  fan of bending unless I have to, so that’s a problem.

I’m really getting to like long-exposure photography – something I’ve only toyed with in the past. And I think it matches well with what I’m trying to express with many of my landscape projects. And so I found myself craving a more robust tripod. 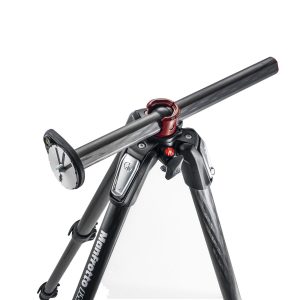 I could have gone back to the Gitzo. But, dammit, I’ve grown to love that carbon fibre. Plus, there are other features of the 190 that I’ve come to appreciate. These include:

Anyone who has spent significant portions of his or her life struggling with tripods will know that when I use words like ‘fast’, ‘easy’ and ‘simple’ they are uttered as a prayer of thanks to the gods of photography. These are not gimmicks or ‘nice to have’ features – they are the difference between getting the shot and giving up because you can’t face adjusting the bloody tripod again.

And so I went back to my original agonising over choice, and this time plumped for the other option – almost. I selected the 055 model, but with the three-section legs – the MT055CXPRO3.

The reasoning for this is simple. This time I was putting the emphasis on stability over weight and compactness. I still need the tripod to be light enough that I don’t become discouraged from using it. But it’s not something that’s going to be strapped to the backpack.

With only three sections, the legs are not only more stable but also faster and simpler to deploy. At full extension, and allowing for some kind of tripod head (more on that in another post), the camera is almost exactly at eye level (I’m 5′ 10″, minus stoop).

The extra weight of the 055 is discernible (2kg versus 1.65kg, so an extra 350g) as is the larger size, both in height when folded and thickness of the legs. But the extra rigidity is also immediately apparent. This is as large and solid a tripod as I would ever need for my landscape work, yet without being off-puttingly heavy.

I’ll continue to strap the 190 to my backpack whenever we go for a walk or I’m generally out and about and might encounter a situation where a tripod would be useful. The 055 is too big and heavy for that kind of use.

But when I know I’m going to be shooting at a specific location and will definitely want a tripod, then the 055 it is.

[UPDATE 28/03/2019] Many of the images in my latest book, Finistère Insolite, were taken using these two tripods. And I have to say that my decision to upgrade to the 055 was definitely justified. It allowed me to get shots where the 190 would have struggled.

These days, when I’m out on a photographic expedition, the 190 is in the car in case I want something lightweight for basic stability. For example, the shot on the cover of the book was grabbed when we had briefly stopped off at a favourite part of a beach to observe the sunset. 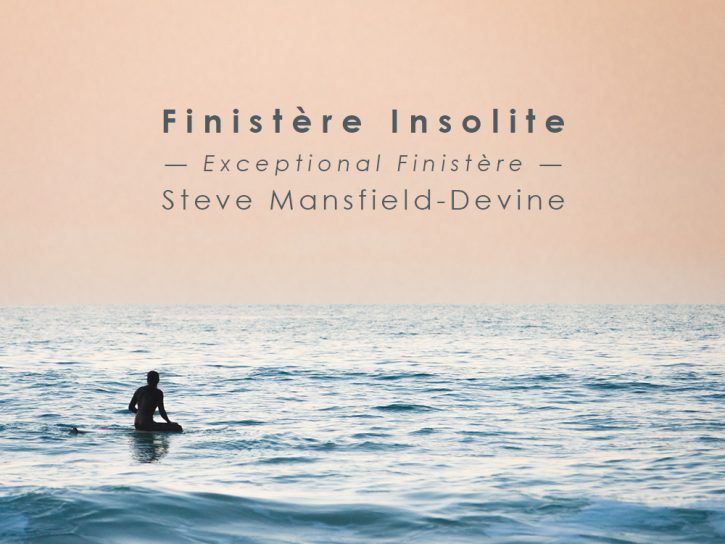 I didn’t take the full gear on this occasion – just the Sony RX10 III and the 190. I could probably have got away with just a monopod. In fact, I tend to think of the 190 as a half-way house between monopod and a ‘proper’ tripod.

But when things get serious, I take the 055.