Making an exhibition of yourself 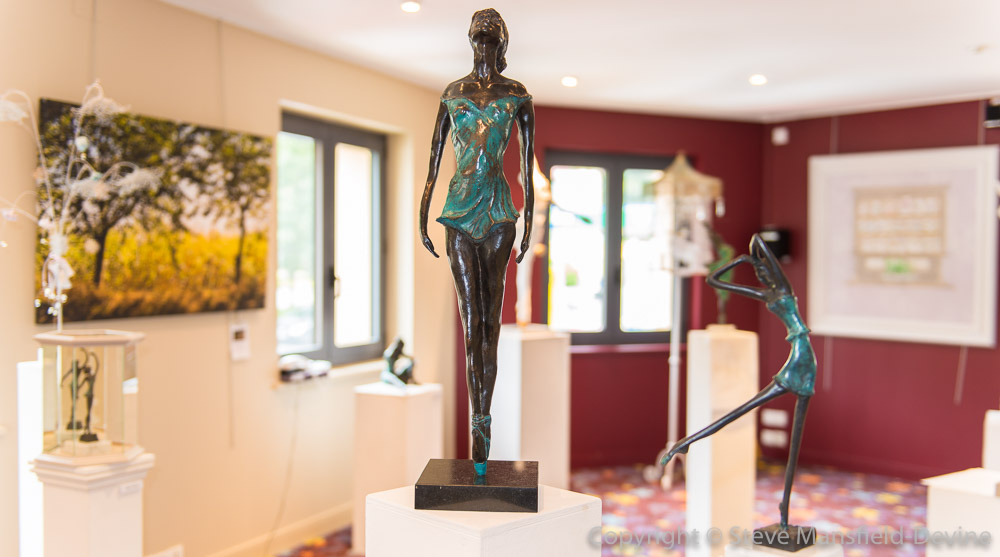 Putting on an exhibition can be a daunting undertaking. You can feel exposed in more ways than one. And with L’Esprit Insolite, my joint show with sculptor Sue Riley, there’s no getting away from people’s reactions to the work. 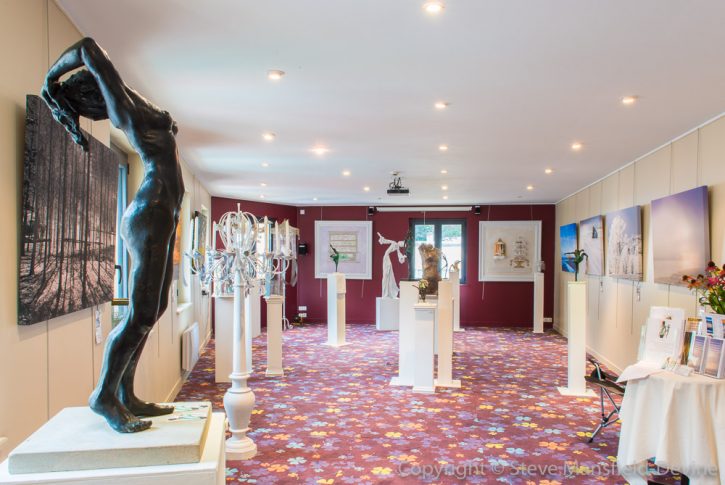 For security reasons, one or the other of us is always at the show. That’s given me plenty of opportunities to watch how people respond.

The most disappointing cases are those where someone comes in, mooches around expressionless for a while, then slides out without a word. Feedback of some kind is always appreciated whether it’s good or bad. 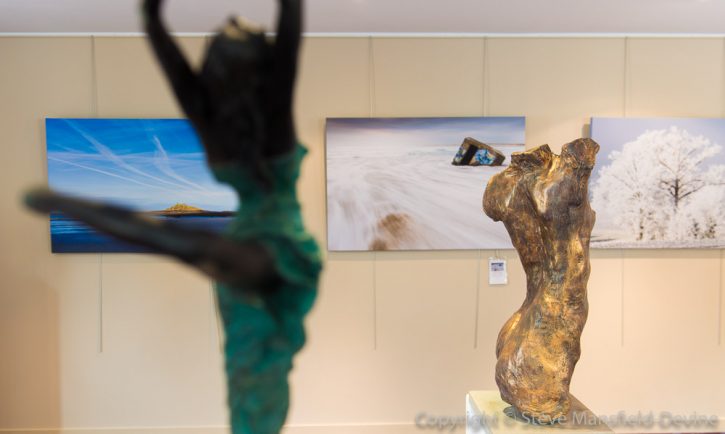 Some people look only at Sue’s work and cast only a cursory glance at mine (which is fair enough), and for some it’s the other way around. 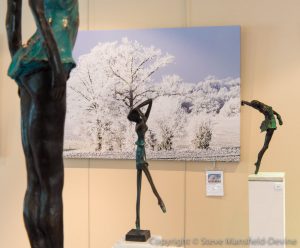 When I’m visiting a gallery (or a shop, for that matter) I hate it when a member of staff engages me in conversation. I don’t like being sold to. So my technique with visitors to our show is to simply say, “I you have any questions don’t hesitate to ask” and then go back to reading my book (while surreptitiously keeping an eye on them).

This has had a variety of results. In one case, a woman recoiled as though I’d suggested something improper (maybe it’s my bad French). Sometimes you get just a polite ‘thank you’. But in the majority of cases it seems to flip a switch, as though the visitor has been given permission to talk. And I’m glad to say the results have been entirely positive. Most of the time it’s just compliments (which I’ll gladly take), but I’ve had several people give quite detailed and thoughtful responses to the images. That alone has made the exhibition worthwhile.

It’s also fascinating noting which images engage them most. The one that has attracted the most comments, and the most passionate responses, is one that I nearly didn’t put in the show. It’s of a poplar wood. 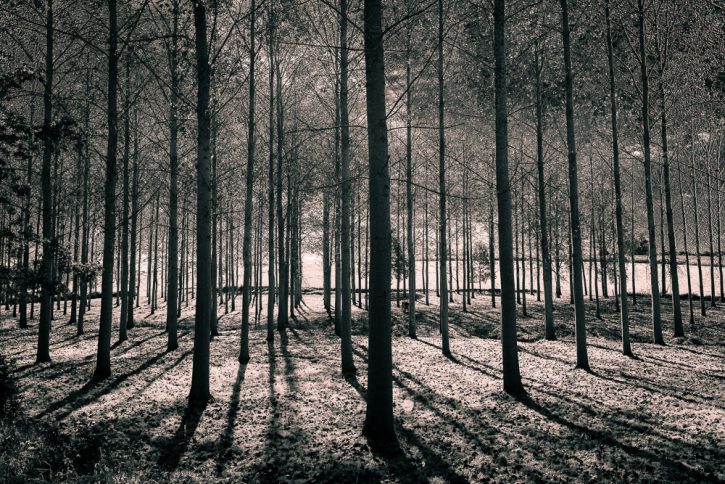 I mean, I love this image. But I thought that it’s slight spookiness was something that would appeal only to me. I was wrong. It turns out that a lot of people are drawn to it. Many commented on the ‘monumental’ feel of the trees, which is precisely the effect I was after – so that’s good.

An image of frost-covered trees has also proven popular. 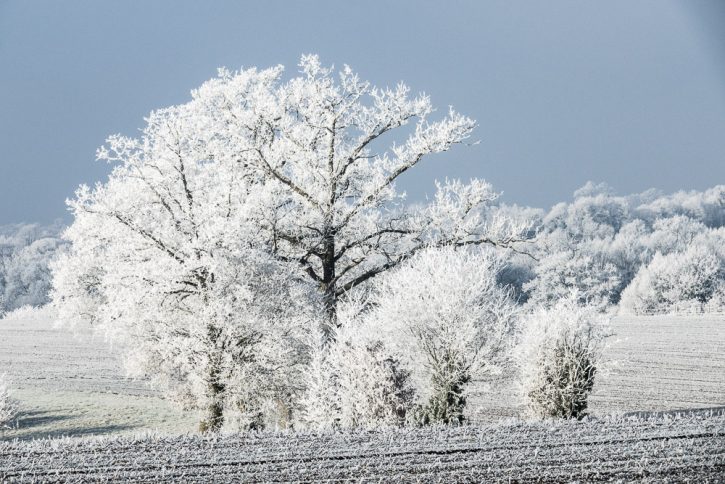 In this case it’s because people remember that couple of days of hard frost. It was quite an experience and they seem to enjoy finding it captured and commemorated in this way.

The show still has another week to run, so I’m looking forward to getting some more feedback.