Behind the image: Maïs, St-Siméon, Orne 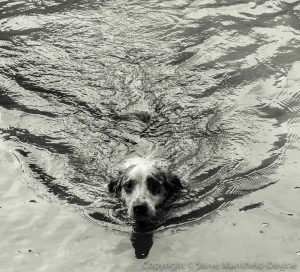 Of all the images in the exhibition, L’Esprit Insolite, this has the simplest story. And it’s another of those ‘always carry a camera’ moments.

It was a beautiful day in September. We drove to the nearby town of St-Fraimbault, mainly to walk the dog around the lake (he does so love to go for a swim), and also to take a look at the damage wrought by recent storms.

Our bit of Normandy had taken something of a battering. I mean, we’re used to storms, but this was exceptional. The plan d’eau at St Fraimbault is essentially just a wide spot on the river, created by a weir. The resulting lake is therefore long and narrow and most of the damage was at one end where the trees are most exposed to wind whistling down the valley. 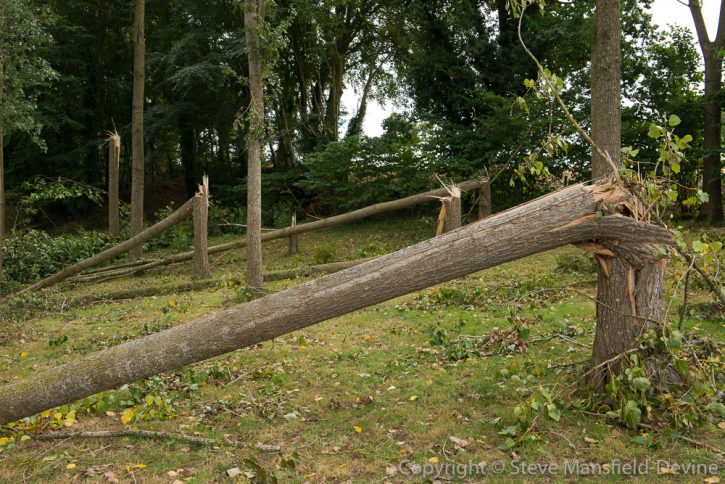 I also got a shot of the playground. The parkland has a number of amenities, such as mini golf and the kids’ play area, that can resemble ritual spaces. 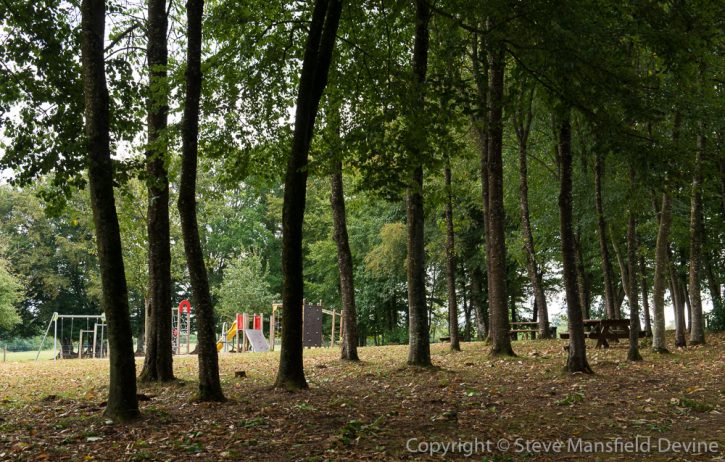 On our way home, the sun came out. Now, this is a route we’ve travelled hundreds, possibly thousands of times. So often, in fact, that the car pretty much knows the route and I barely need to steer or look out of the window. But as we travelled the last kilometre or so, down the road that leads to our house, I stopped to photograph two scenes that were extremely familiar but which I’d never got around to capturing. 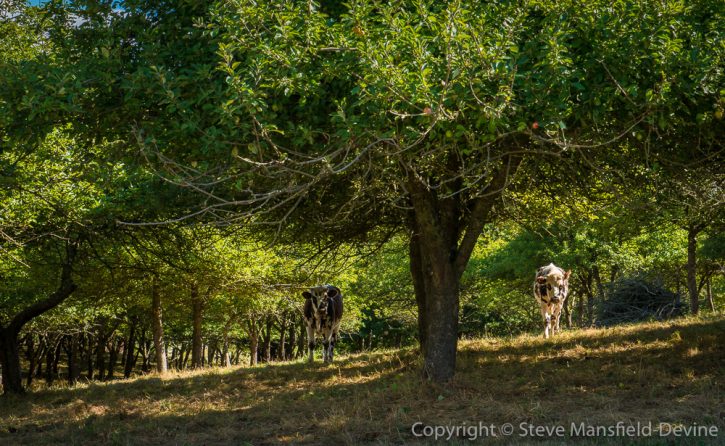 This is an orchard quite close to our home. A notable feature of most of the orchards are the flat bottoms to the tree canopies, all at exactly the same height. That’s because most farmers keep cattle in their orchards, which means the grass is nicely cropped (making it easier to gather the apples when they fall), and the level of the canopy base is as high as they can reach to nibble the trees. 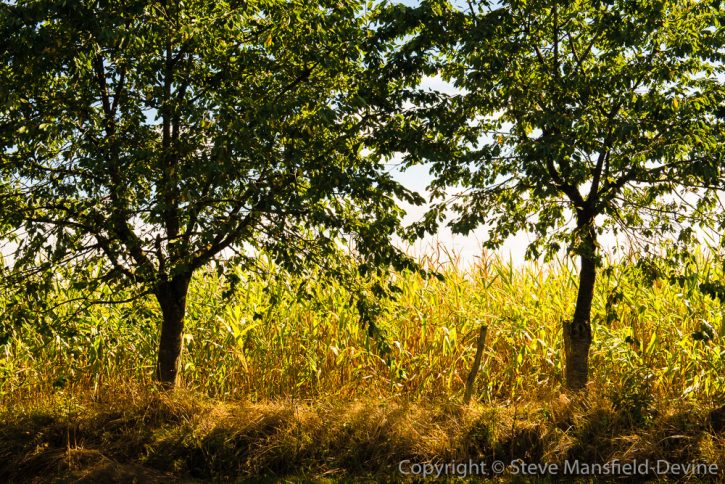 And then there was this. You can’t escape maize in Normandy. It’s such a familiar sight. And, unlike some people, I don’t have a problem with it. Visually, I love it. And the light was hitting it in a particularly nice way this day.

This is the photograph that’s in the exhibition, L’Esprit Insolite. It’s also for sale in my shop.

This is another image in my project on The Layered Land. Maize in Normandy is a clear sign of mankind’s use of the land, as it’s not an indigenous species. (That’s why some people have a problem with it, but a lot of the flora in our landscape is imported, such as those poplars in the picture further up.) The cherry trees that frame the maize are native, but have been deliberately planted in a line along the verge. And the fencepost is another sign of mankind’s management of the land.

In fact, there’s not a single picture here that shows a natural landscape. Which is fine…