Behind the image: L’aube, Landévennec, Finistère

Sometimes you look out of the window, see the weather and think, ‘there has to be a picture waiting for me’. That’s what happened here.

We were staying in Landévennec, at the base of the Crozon peninsula in Finistère, Brittany. The gîte looked out over the estuary of the river Aulne. On a clear day it was a largely uninspiring view. But this wasn’t a clear day.

It started with a combination of fog and enough sun that, even in November, would be enough to burn off the fog pretty soon. So I grabbed the camera and the tripod and headed out even before I’d had my morning coffee (which is a measure of how much I wanted to capture this moment). 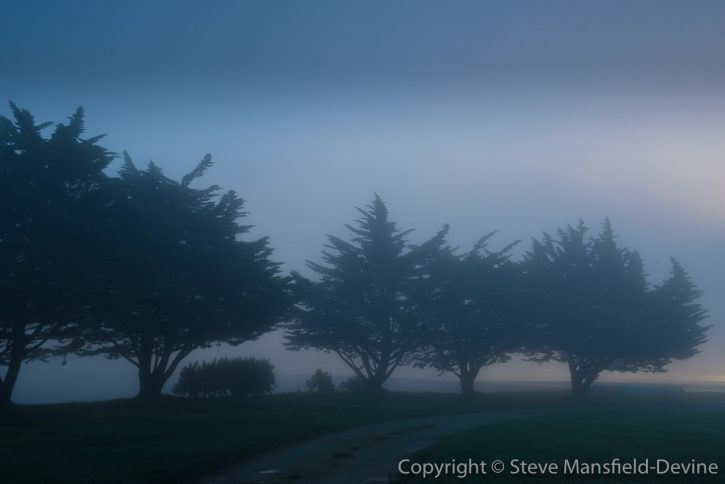 By the way, this is going to be a two-part post, in effect, because two of the photographs I shot that morning are featured in my forthcoming exhibition, L’Esprit Insolite. They are both also for sale in my shop. 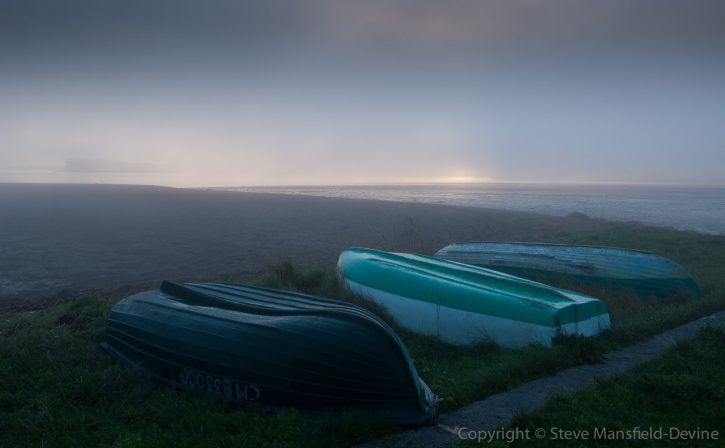 I was rushing to get to the water’s edge to capture that glow I could see in the distance. But I couldn’t pass up these boats.

I was working with my Nikon D800 and the 24-70mm lens, although I also took along the 180mm. I used the latter for a few shots, but none of them appear here. For me, it just wasn’t a telephoto kind of scene. 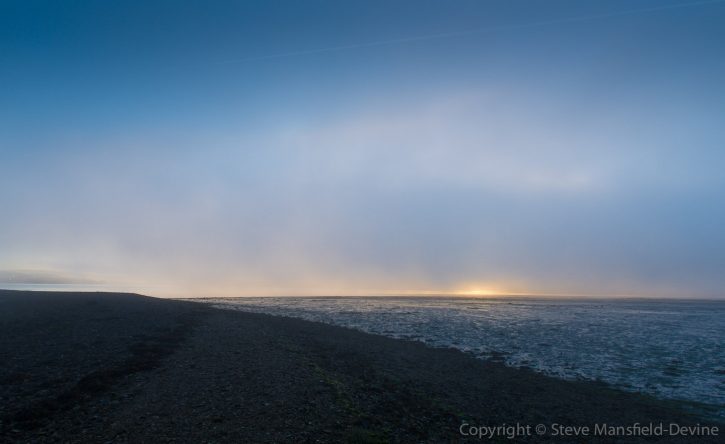 The fog created a sense of being nowhere in particular. Combined with a low tide, it made the landscape look somehow arctic or tundra-like. I have a fondness for desolate places, and this certainly qualified that morning. 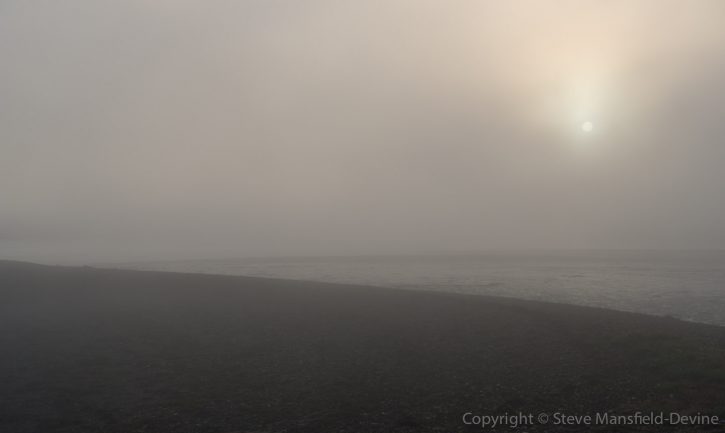 The light kept shifting – the shot above was a little later when the sun had risen further into the sky but wasn’t providing much more light. I shot many variations of the same image, searching for the one that I felt would best sum up the atmosphere of that morning. And I knew it had to be a simple image. And this is the one I found. 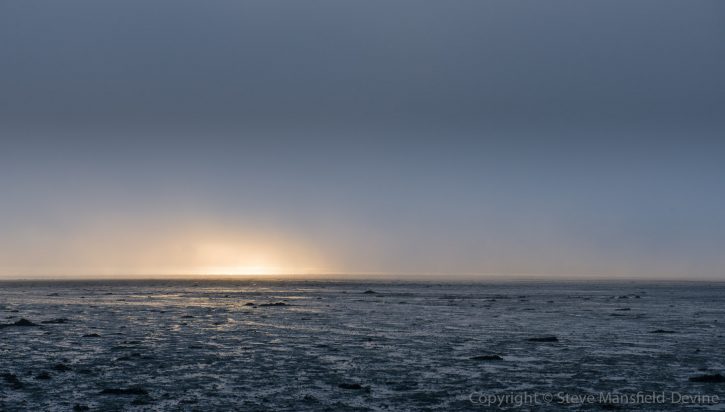 This is the shot that’s appearing in the exhibition. For me, it captures the sun’s struggle to make an impact and has a beauty on its simplicity – the landscape stripped down to its essentials.