We didn’t get much in the way of snow this past winter but we did get the hardest frost I’ve ever seen.

I first wrote about this back in January, when it happened. The weather had been bitingly cold for a few days. Each night, when I took the dog for his final walk of the day, I’d see a strange glittering effect as the torch beam caught the frost forming on every leaf and blade of grass. I kept thinking of JG Ballard’s The Crystal World.

Then the frost really hit.

I took photographs on two successive days. On the first, they were mostly of the landscape near our house. This one was actually the view from our bedroom window. 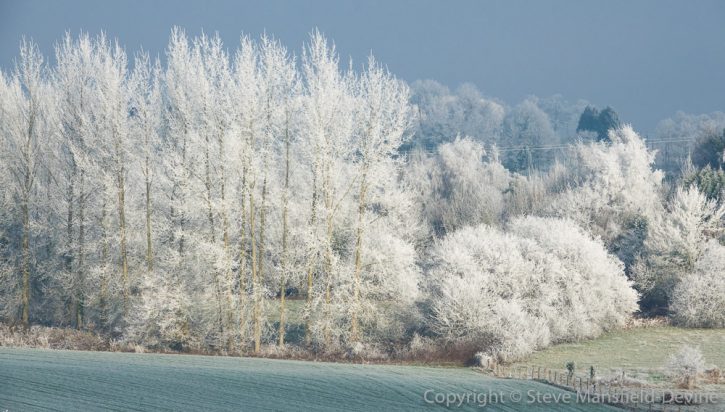 And this is of the neighbour’s orchard. 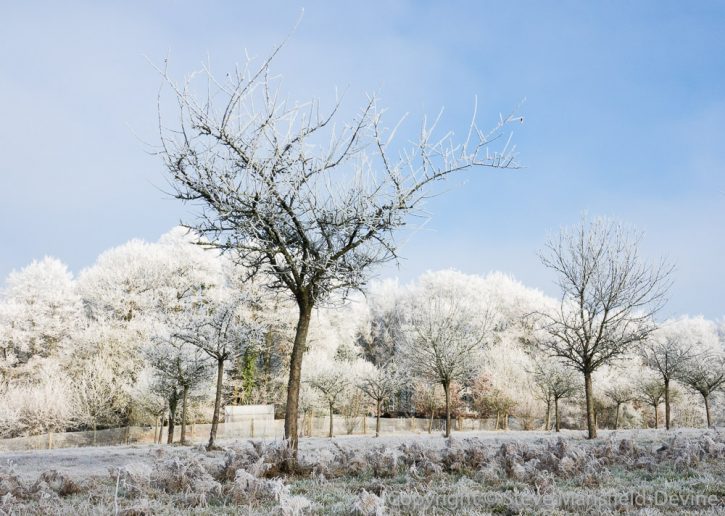 The next day we had to travel to town, so naturally I took the camera. I chose the Sony RX10 III rather than my Nikon because I had a hunch that I was going to make full use of the Sony’s long reach. In the end, however, I took very few shots at the longest focal length (600mm). The following image of the local town of Brecé had the lens set to just over 200mm (equivalent). 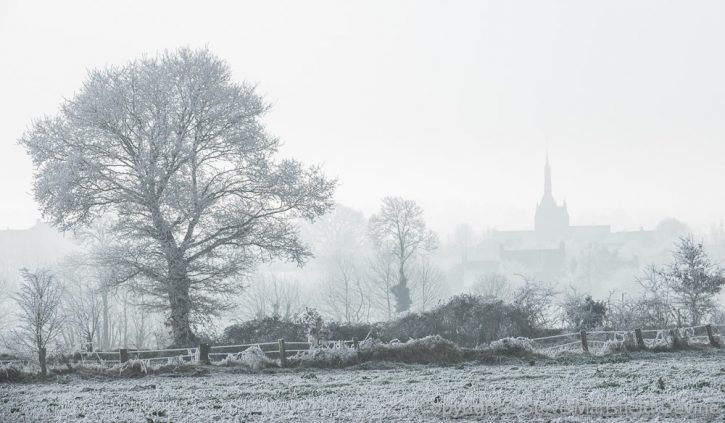 And my favourite shot of the day used a setting of a little under 200mm. 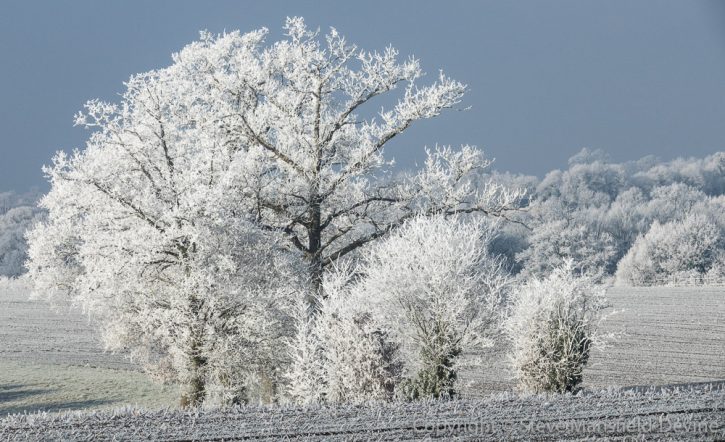 This is one of the images I’m showing in my exhibition L’Esprit Insolite.

The day was very bright, which meant I could shoot with fast shutter speeds (1/800th for this shot) even though I was typically dialling in at least +1 stop of exposure compensation, and often +2 stops – just as you have to with snow.

This shot gets a very positive reaction from people. But also frequently a quizzical one. On first seeing it, the typical reaction is something along the lines of, “Oh, that’s lovely…” followed a few moments later by, “…but, um, is that snow?”

The way the frost accretes to surfaces is very different from the way that snow settles. The result is more akin to the BBC special effects crew turning up and spraying everything white for a ‘winter’ scene. And it’s the strangeness that appeals most to me.