It’s only February, but as so often happens in this part of the world, we’ve been treated to a taste of what’s to come – spring.

We still have the vicissitudes of March to survive. Yet pretty much every year, February treats us to a couple of weeks of mild, dry and – above all – bright weather. The birds are always fooled: they’re tweeting away like demented presidents. It inspires a sense of optimism and wellbeing. And you know that, however rough March might be, it’s only a temporary setback.

We took the opportunity to explore a local voie verte. This greenway is a converted railway route. There are many of them in France and we seem particularly blessed with greenways in our area. 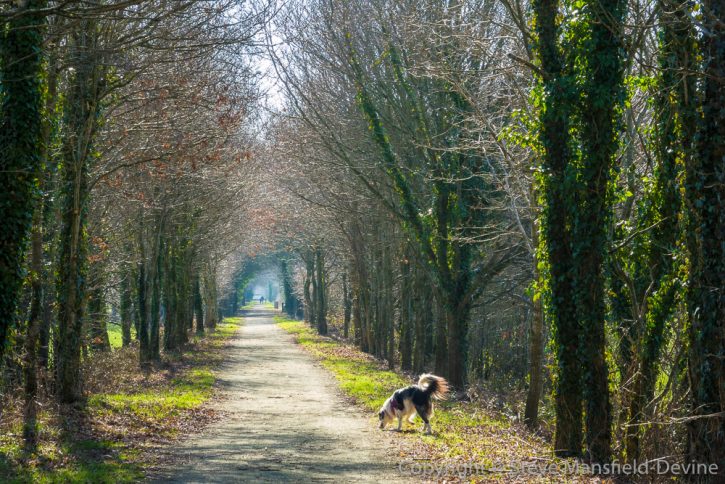 This particular route is in the neighbouring département of Ille-et-Villaine, in Brittany. There are, in fact, two voies vertes that head roughly south to converge just above one of our favourite towns, Fougères, before heading into the town itself.

If you ask someone to associate a season with dazzling light they’re probably going to say summer. For me, though, nothing really beats a clear, crisp spring day. The sun never gets very high so it’s like golden hour all day. And there’s something about the sunlight stabbing through bare trees that is very theatrical. 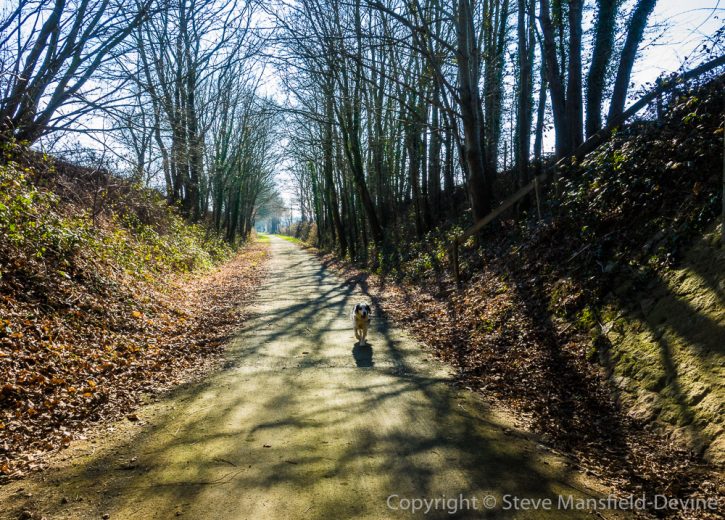 I’m also a sucker for silhouettes. And again, the bare branches of trees create entrancing patterns. 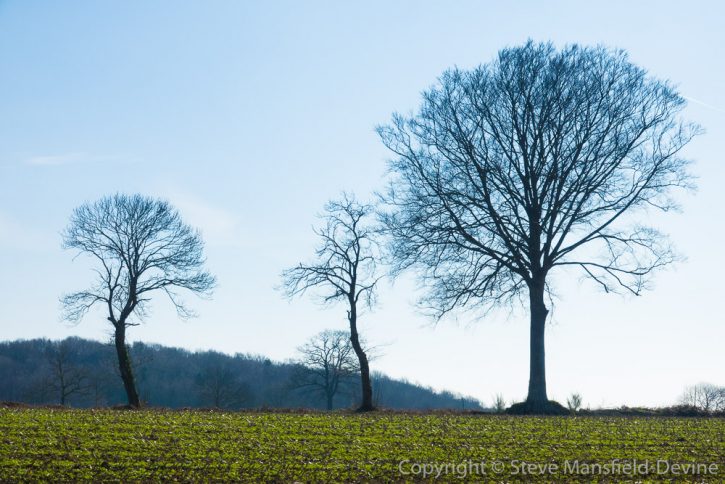 There are more images in the Spring light portfolio in the Sketchbooks section.