A short walk on a foggy day

Some days there are just no shadow tones to be had. While I usually strive to get a full tonal range in my photographs, without excessive clipping, occasionally nature has other ideas and you’re forced into trying something different. 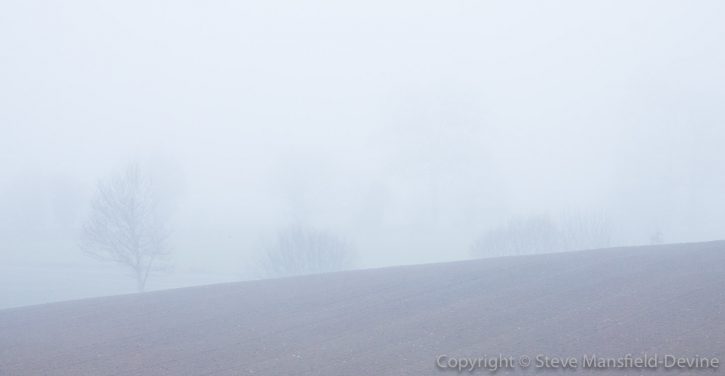 We often walk and cycle a local voie verte, a former railway line that has been converted into a greenway for walkers, cyclists and horse riders. While yesterday’s walk was mostly about exercising the dog (being part springer, part border collie, if he doesn’t get exercise he starts bouncing off the walls) I naturally took the camera. One of the reasons for investing in the Sony RX10 III is that it’s a camera I can take everywhere. 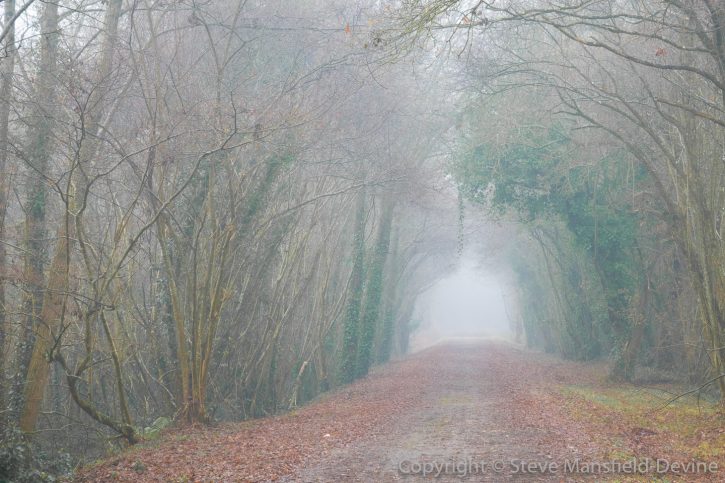 The day had started foggy … and stayed that way. Oh well, time to enjoy the pleasures of high-key photography. 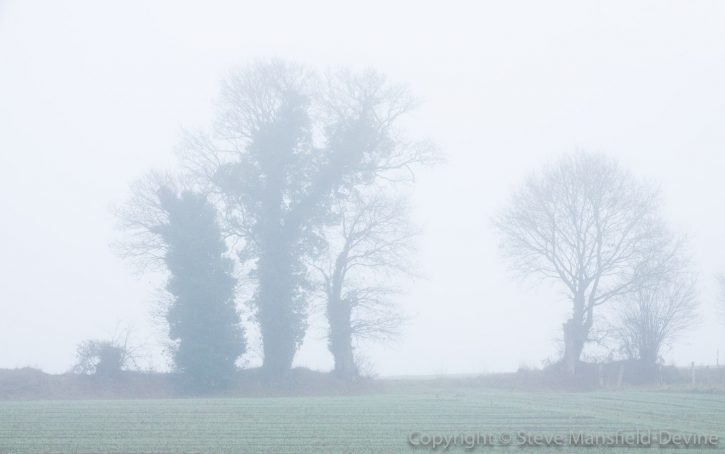 Shooting on aperture-priority auto (my default mode) I was reasonably impressed with how the Sony dealt with the lighting conditions. As you’d expect, there was a tendency to underexpose, but not to the extent I’ve had with other cameras. And one of the benefits of a bridge camera is that you have a fair indication of what the shot is going to look like, given that the viewfinder shows a monitor screen rather than a direct view.

As with all LCD displays, it’s not entirely accurate: there’s a somewhat crushed range of colours, and while I was shooting raw, the display really gives an idea of what a Jpeg would look like. Also, when peering into the dark, enclosed environment of the viewfinder, the image tends to look brighter than it will in the resulting shot. 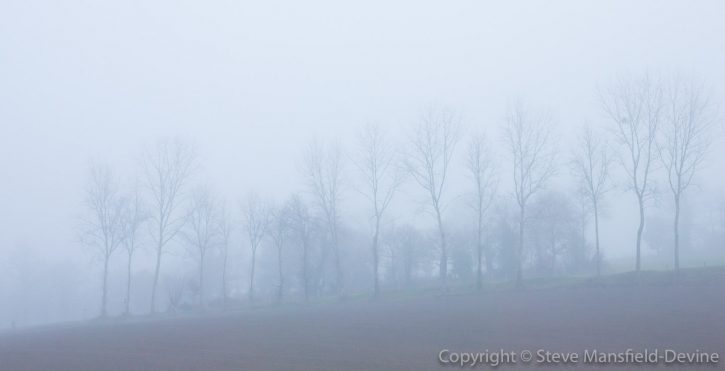 The one problem I encountered (again) was that the low-contrast nature of the scene gave the autofocusing a bit of a challenge – one it failed a few times. I really had to hunt around for a sufficiently contrasty edge for it to lock on. I tried the manual focus mode of the RX10 but I still haven’t really got to grips with it. 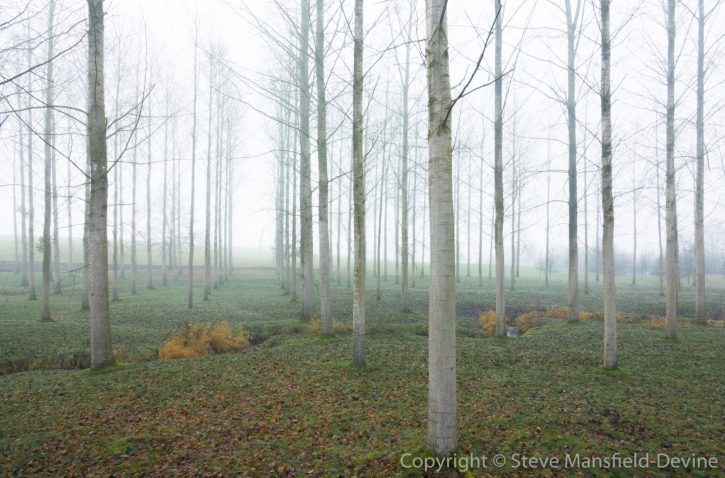 The walk finished, as it often does, at one of my favourite bits of woodland – a field of poplars that seem to me to be somewhat monumental, like rows of standing stones.