I’ve never found the Lomography movement all that appealing,  mainly because of my hipster allergy. Yet I am re-discovering the joy of imperfect images.

It’s so easy to be too precious about image quality – something that digital imaging encourages. There’s merit in rough edges and lack of control sometimes.

This is a picture I snapped today on my (secondhand) iPhone 5. I was in the car park at Lidl and saw this dog behind the wheel of a car. From his expression, he seems to think he’s in bat country. I think it would make a great album cover. 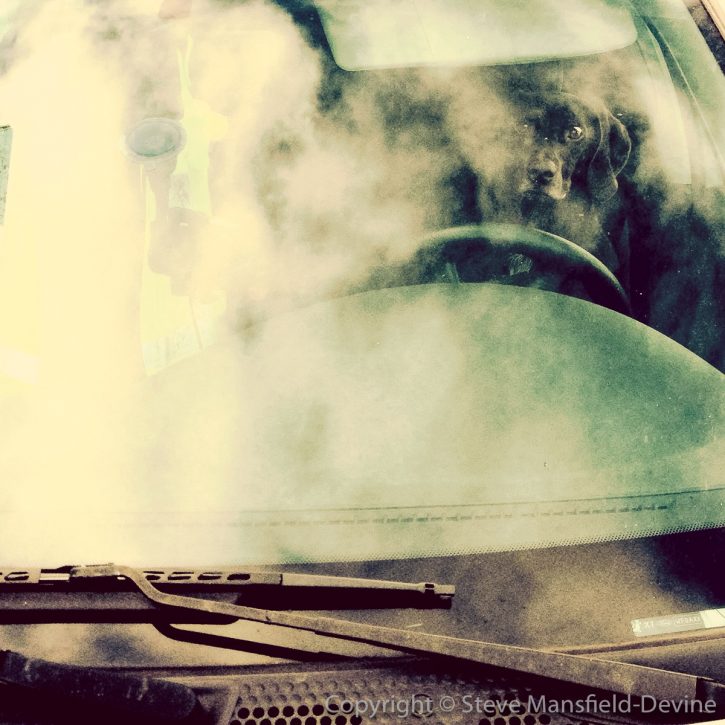 I’ve started a Tumblr account for this sort of thing. These are not portfolio images – they’re spur-of-the-moment snaps, and all the better for it. Most of the images that will go on Tumblr will be shot on my phone or iPad, often using EyeEm, and instantly uploaded.

There’s a real liberation in not slaving over an image, finely adjusting curves and saturation and colour temperature. Snap and share. I’m probably the last person to realise the joy in this, but at least I got there eventually.

My training as a photographer and my inclinations as an obsessive-compulsive geek mean that I have always taken a great deal of care over exposure, focus and precise framing. The quality possible with digital, and especially with something like the 36MP Nikon D-800, feed into that obsession with quality. For example, I’m getting much greater dynamic range out of the D-800 than I ever did with the colour transparency stock I used to shoot on (Kodachrome mostly).

Having been trawling through my archives to put together this site I’ve discovered that some of my favourite images are actually not all that hot, technically speaking. These tend to be documentary images that were shot hand-held in situations that meant working fast.

There’s grain, fall-off in sharpness of the image towards the corners, occasionally less than perfect focus or exposure. Yet these are images that worked fine as book and magazine spreads. Perhaps it’s possible to have too much quality, especially if it’s at the expense of spontaneity. 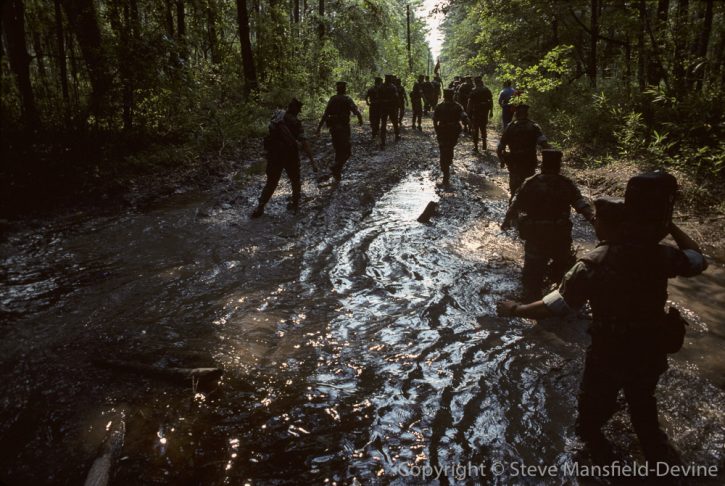 The whole Lomography thing has always struck me as a fashion intended for people who want to play with cameras, or see a camera as a fashion accessory. It also seems to be an opportunity to sell ugly and ludicrously expensive (for what they are) cameras to the gullible. 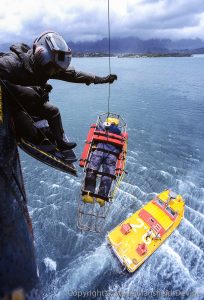 Yet I do understand what is attracting some people back to film. ‘Slow photography’, in which you don’t get an instant confirmation of what you just shot, forces you to think more about what you’re doing. I remember well that feeling of ‘have I got it?”.

For example, during the long flight home from Hawaii, after two weeks shooting Kaneohe Bay, I spent every minute reviewing what shots I thought I’d got. There was agony in that – but also ecstasy when the postman delivered the little yellow boxes (about 100 of them) and I eagerly riffled through the slides, occasionally yelping with joy when I found something that had worked exactly as I’d hoped.

I still have a number of film cameras. In fact, I just bought another, having picked up a Halina 35X (the first camera I ever used in earnest) on eBay for a tenner. There’s a roll of HP5 in it right now. It has a tiny, lousy viewfinder that doesn’t tell you much more than what general direction you’re pointing the lens. And I have only the vaguest notion of what’s in the pictures I’ve already shot. But that’s part of the fun.