Behind the image: One place, many moods

Returning to a place that has previously impressed or moved you can be disappointing. What is held in your memory as a marvellous discovery can seem, on a second look, mundane. But that wasn’t the case with La Plage de Tronoan.

We discovered this beach on a previous trip to Finistère. This November we returned, in part to revisit places we knew to be beautiful, but also as a way of saying a final farewell to our old dog Zola.

The Tronoan beach runs for something like 26km. It’s very wide and gently shelving so that, at low tide, you get a broad expanse of wet sand that turns into a mirror. When the sun shines, it’s like being immersed in a sea of light.

Zola loved this beach. The first time we were here, in 2011, he went mental, demanding that we throw his toy over and over. This picture is of him poised, ready to run and retrieve it again. 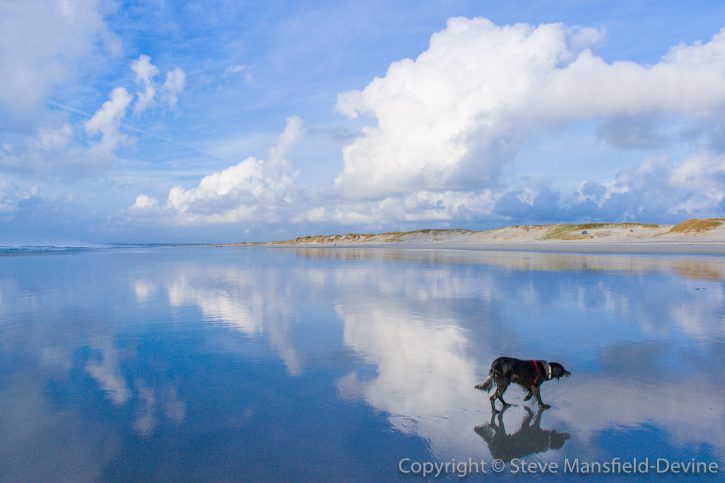 When Zola died earlier this year, aged 16, we knew straight away where we would scatter his ashes. That was reason enough to return to the Plage de Tronoan – but there was another. At frequent points along the beach are the remains of the Atlantic Wall, the fortifications built by the German military in World War 2 – pictures which have already formed an important part of my Dust & Shadow project. You can see why they protected this coastline so heavily – it would have made a perfect site for a landing by the Allies.

At the southern end of the Plage de Tronoan is a small rocky outcrop, La Pointe de la Torche. This topped by concrete bunkers and neolithic monuments. One object that really attracted me was a smaller form of bunker known as a Tobruk that is sinking into the sand near the base of the Pointe. These bunkers were used to mount a small gun turret, typically taken from a French tank and housing a 37mm gun.

The way the Tobruk is sinking into the sand has an almost post-apocalyptic feel to it. After all, it was built by the Reich that was supposed to last a thousand years. The decay seems appropriate. The sea is gradually destroying this remnant of arrogance and brutality. Not even the hubris of the Nazis can stand against the tides. 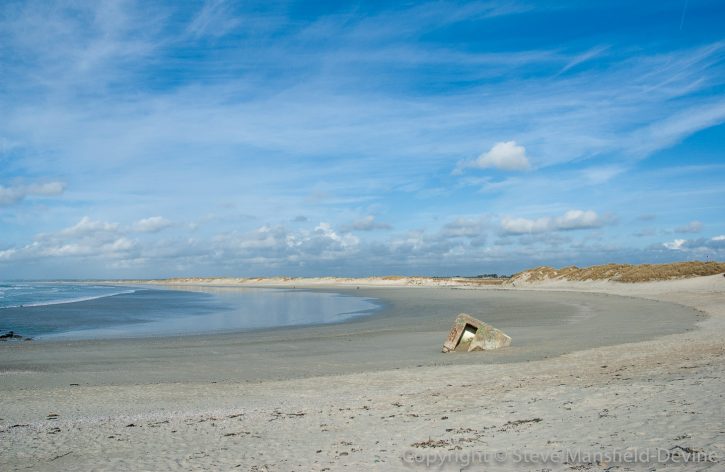 The first time we visited the tide was out and the Tobruk was stranded. I shot the picture above. I was pleased with it, but given that my camera of the time was just the 6MP Nikon D-70, I wanted to repeat the shot on a higher resolution camera.

Nature had other ideas.

This time the tide was in. But no matter: rather than simply revisit an idea, let’s go with something new. In fact, I rather liked the way the fortification is apparently drowning. 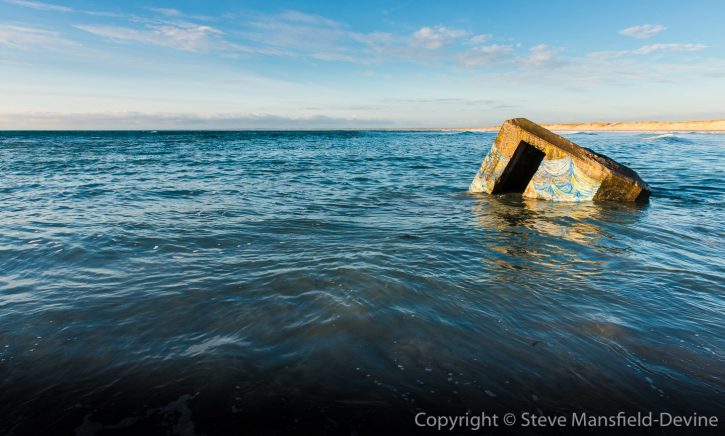 While we were there, the tide started to go out. 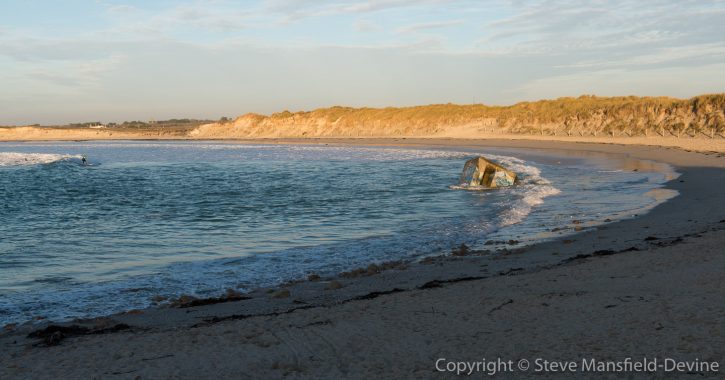 I re-shot, this time with longer exposures to blur the water. The more ethereal effect just added to the dream-like quality of the scene. I regretted than I couldn’t shoot with slow exposures on the earlier shots, but the day was fairly bright then and I’d neglected to bring my neutral density filters with me. 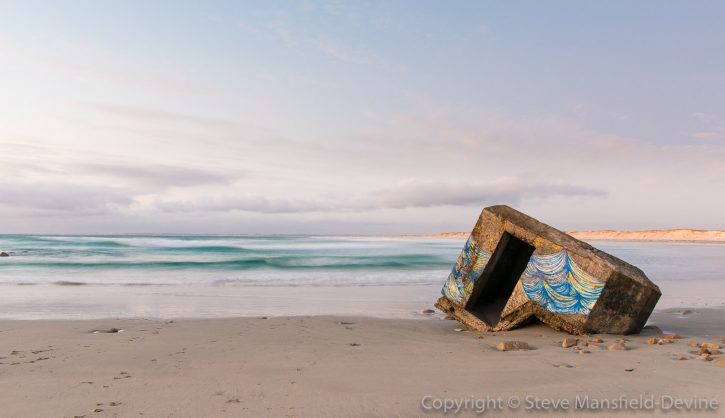 This was more like it. But ideally I wanted the combination of water around the Tobruk and the blurring of the waves. A couple of days later we were passing through the same area. It was a dull day and very blustery. When we got to the Pointe the tide was still a little too far out, but coming in fast. We headed off to the nearby café for a hot chocolate. Half-an-hour later we were back on the beach, the waves now lapping the Tobruk. The light was fading fast, but picking up a hint of warmth from the invisibly setting sun.

I set up the tripod – a carbon-fibre Manfrotto model that is small and light enough for me to carry everywhere but which I feared might not be robust enough for this job. With the legs pushed as far as possible into the sand, I braced for the incoming tide. Because of the shallow slope of the beach, the waves travel with some speed. The water hitting the legs caused the tripod to thrum at times. The wind was also making the camera wobble, so I used my body to shield it. With exposures of up to 1.5 seconds I knew that many of the frames would be blurred. But finally I got the shot I wanted. 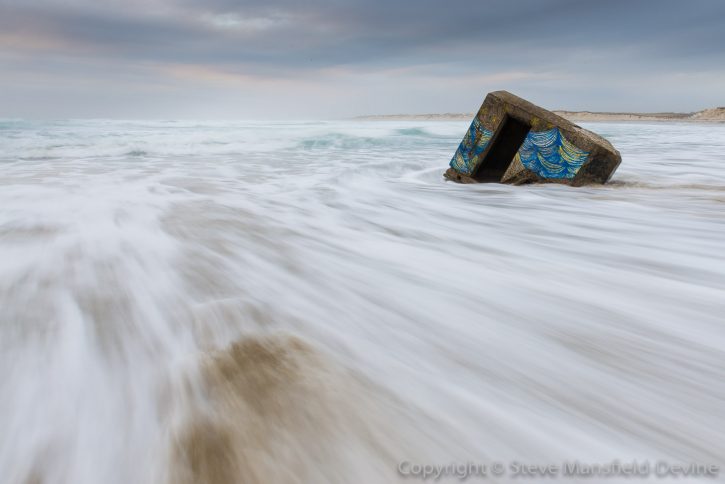