In some woodland, near where I live, there are strange designs marked on the ground. In Autumn and Winter they are barely visible under the fallen leaves. Yet if you look hard enough you can still trace their outlines. 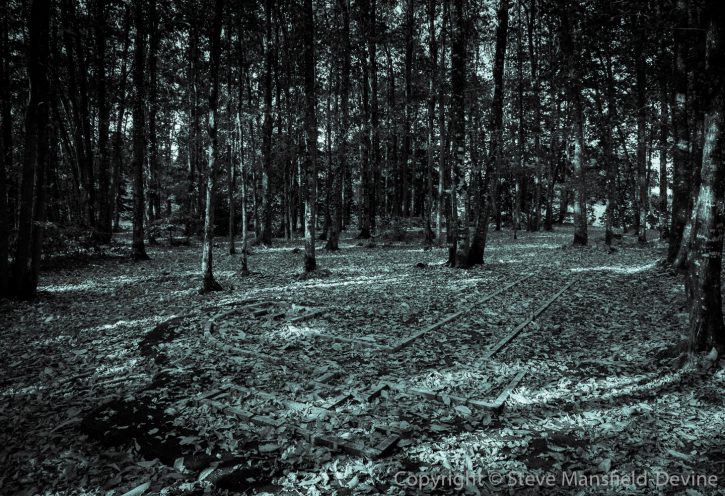 In some places, tiny ziggurats climb above the shapes. And every one of these weird formations has a hole dug into the ground, placed in such a way that it cannot be by accident.

Are these the remnants of a long-lost civilisation?

No. It’s a mini-golf course. 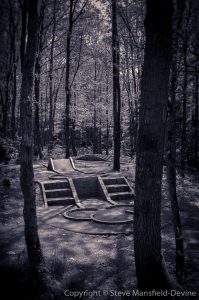 The first time I saw these shapes on the ground, which are in a small park of sorts, I was instantly reminded of megalithic monuments, especially the lesser-known standing stone alignments around Carnac. There’s nothing intrinsically magical about a standing stone (unless you go for that ‘earth powers’ stuff, which I don’t). It’s just a rock stuck in the ground. But the act of placing that rock in that place once had great significance for someone.

The reason for marking out this mini-golf course in the woodland at St-Fraimbault was to let people have some fun. However, there is a way to turn them into something a little more mystical.

Photography has the ability to confer importance on whatever is in front of the lens. I guess the assumption we make is that if someone has taken a photograph of it, it must be significant in some way – whatever ‘it’ is.

So I decided to photograph the mini-golf course as though these patterns, and the other infrastructure of the park (such as the dolmen-like benches and concrete ping-pong table) were the sacred ritual spaces of an ancient people. I call the project Sacred Golf. 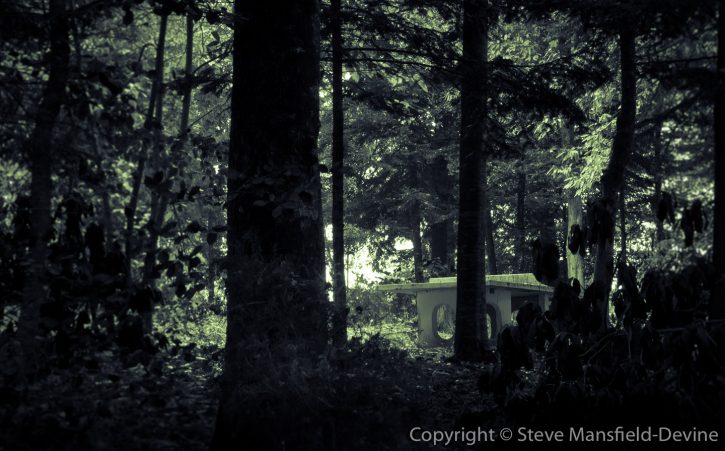 It’s a way of thinking about how we attach meaning to other artefacts – to standing stones, indeed. We can only hypothesise their function and their importance to the people who erected them thousands of years ago. Much of what you read about megalithic monuments, outside of respectable archaeological journals, is the result of modern people projecting their ideas and desires onto these enigmatic and inscrutable stones. And if you want to do that, a mini-golf course will serve as well as Stonehenge.

» Go to the Sacred Golf portolio »