The Plage de Tronoan, in the Bay of Audierne, Finistère, is one of the most beautiful beaches I’ve ever seen. It runs unbroken for something like 26km. It’s wide and gently shelving, but with waves big enough to attract surfers. On the day we were there, in November, the low light caught the wet sand and turned it into a gigantic mirror. 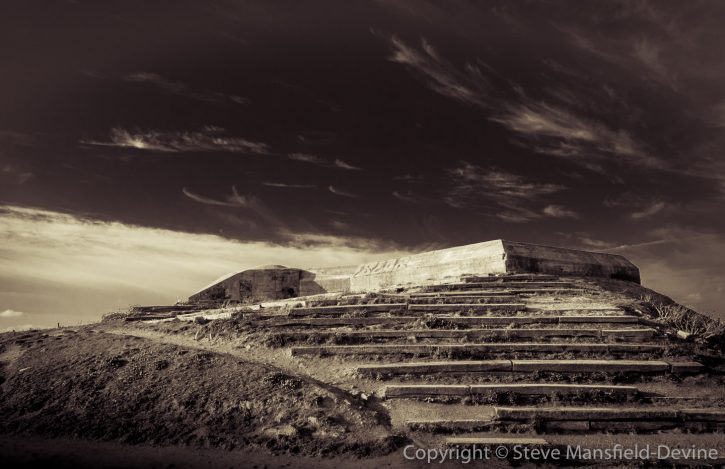 At the southern end of the beach is the Pointe de la Torche, a small, rocky headland that provides a fantastic view of the beach and the waves crashing on to it. It’s also a good spot for enfilade fire, apparently – or so the German Army must have thought. Right at the tip of the headland, on le rocher du corbeau (crow rock) is a massive concrete structure – a group of bunkers sitting atop a stepped platform. It reminded me of ancient South American ziggurats.

What surprised me was the way that this, and other remaining wartime concrete structures sat alongside more ancient relics. Next to the main bunker are the remains of a neolithic passage grave. Further back, a small blockhaus almost forms part of a long-collapsed dolmen. 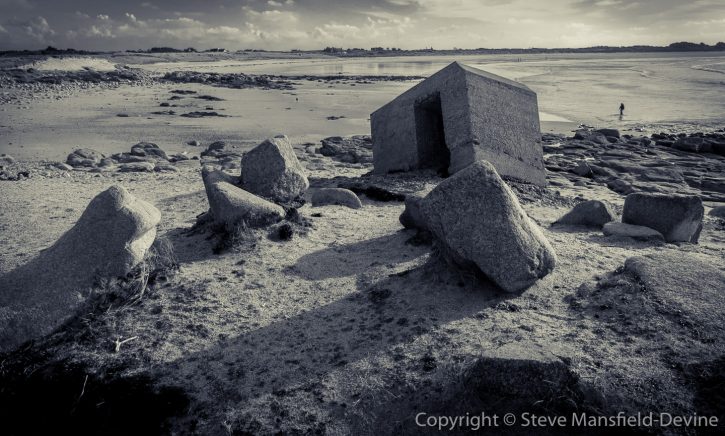 It would seem that the wartime construction paid at least some respect to the ancient monuments. (Perhaps this is because the construction of much of the Atlantic Wall was carried out by French companies, under contract from the occupying forces.)

Now, the modern monuments have become like the ancient stones – abandoned relics slowing decaying back into the ground.