I love tracks. They have a magnetic pull. You feel you are being led to something. And the more obscure that something is, the better. 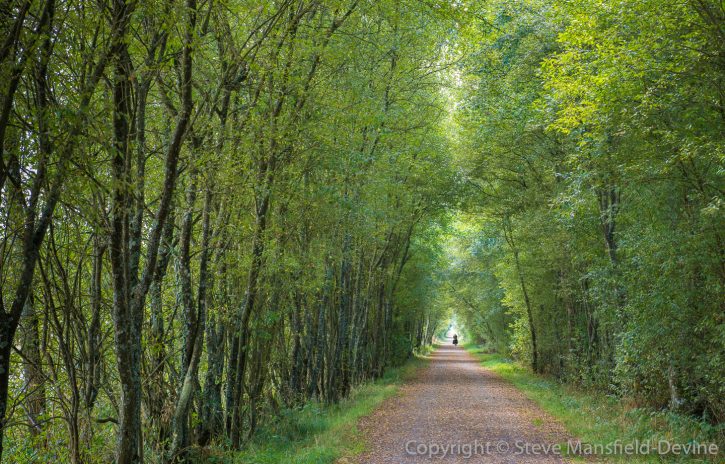 Some time ago, Trish & I discovered Normandy’s greenways. The voies vertes are mostly former railway lines that have been refurbished for pedestrians, cyclists, horse riders and other forms of locomotion that don’t require engines. Much of our cycling is on these greenways, and we’re writing about that over on Bocage Biking.

There are long stretches of these tracks that feel entirely isolated. Occasionally you’re surprised to find a road crossing your path or a farm popping up alongside, because you could easily convince yourself that you’ve plunged into the depths of the wilds.

The tracks themselves endlessly invite you to take photographs: the built-in perspective of a long, straight track is seductively photogenic. This is often enhanced by the steep banks of cuttings or the tunnel-like effect of overarching trees.

And then there’s the landscape through which the tracks pass. One of the joys of train travel, for me, is watching the world go by. Now try that at walking or cycling speed and the ability to stop and take pictures.

This being Normandy, it’s mostly farms, which means that the fields change dramatically with the seasons. This is very much a man-made landscape. 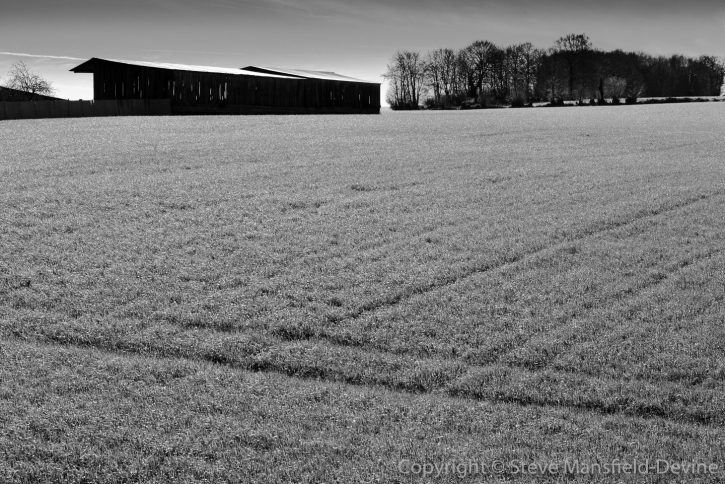 From time to time there are signs of the track’s former function – sometimes as obvious as a station building, sometimes a level-crossing gate that now leads only to a field.