The French coastline is ringed with the relics of war. It’s staggering to contemplate the resources the German military put into building the concrete defences that became the Atlantic Wall. 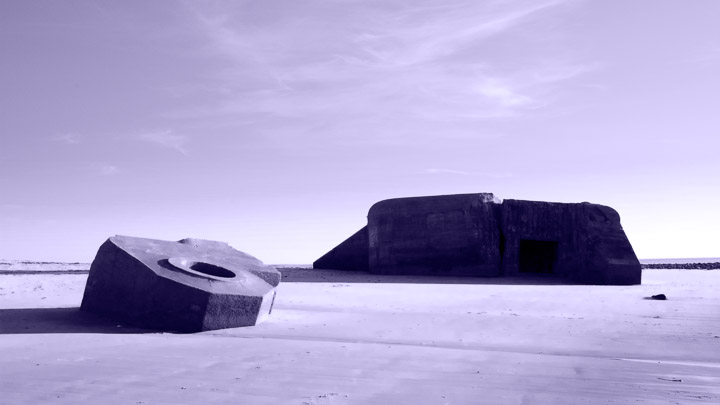 There’s barely a beach in Brittany that doesn’t have some lump of concrete slowly crumbling away. Some have been repurposed – we once found a large emplacement being used as a kayaking centre. But most are abandoned and decaying. These remains are the subject of my Dust & Shadow project. 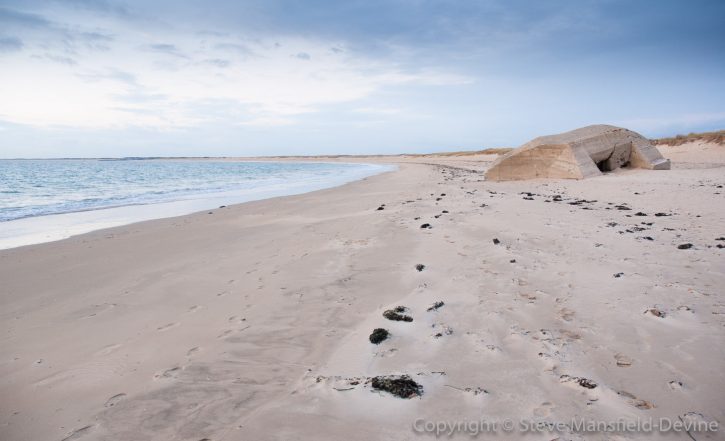 Much of the Atlantic Wall is sinking back into the ground in scenes that put me in mind of the ending of Planet of the Apes. For a Reich that was supposed to last a thousand years, it’s somehow pleasing that even some of the toughest bits of its infrastructure is vanishing after little more than half a century.

These bunkers appear like so much flotsam. When you’re out beachcombing, you often find some mystery object, unrecognisable after its time in the water, and find yourself idly fantasising about its identity and history. In the same way, I imagine there are young people who might idly speculate about these strange monuments slowly vanishing from sight.

While the conflicts that led to the construction of these remains (and some go back to the late 19th Century), and even the fortifications themselves, are well documented, when you encounter them in the wild, so to speak, there is an element of mystery to them. And let’s face it, few people are actually that well versed in even recent history.

It’s common to find bunkers covered in graffiti. And I actually like this. These fortifications are about the projection of might and power, and a little disrespect for that aggression is justified. 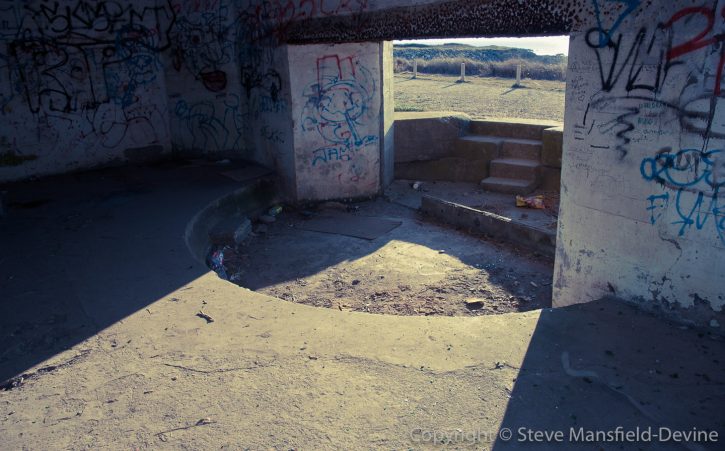 I cherish the idea that eventually the original purpose of these somewhat monstrous constructions will be forgotten by all but academics, and that they will become enigmatic monuments – the megaliths of the modern era – around which we can weave our own fantasies.