And so, a little background about me, on the off-chance you’re the slightest bit interested.

My day job is being a freelance technology journalist, and has been since the beginning of the 1980s, which tells you as much as you need to know about how old I am. Currently, my beat is information security (that’s hacking and cybercrime to you civilians) and I’m the editor of two specialist journals.

That said, aside from one short course that gave me my Certified Ethical Hacker qualification (a sort of hacker’s GCSE) I have no training or qualifications in anything related to computing. It’s all stuff I’ve picked up as I’ve bumbled through life.

It started, briefly, with a Sinclair Spectrum, but my affections quickly transferred to a BBC Micro — a passion I held secretly within my bosom all these years until, recently, I bought a refurbished BBC Master Turbo. It was like meeting an old flame. She wasn’t quite as lithe or as clever as I remember, but beneath the yellowing of age you could still make out her beauty.

I’ve taught myself enough programming to get an iOS app into Apple’s App Store, but I much prefer quick’n’dirty hacking in Python. It almost reminds me of my introduction to programming with BBC Basic.

In addition, my technology interests are: 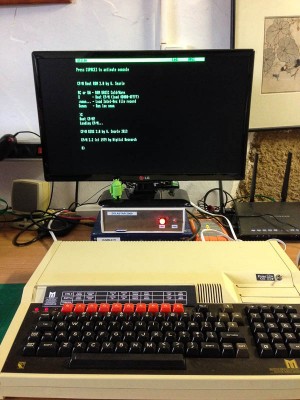 For complex reasons, I find myself indulging in a bout of nostalgia that shows no signs of abating. Buying the BBC Master was a first step. I’ve also built a CP/M machine, a kit replicating a PDP-8 and am setting up a number of simulations of old machines using SIMH running on a Raspberry Pi.

I re-read Stephen Levy’s Hackers about once a year, and playing with the simulators and old machines adds depth and insight to what he’s describing. It also teaches you a lot of the fundamentals of computers — things that are still relevant, but which you miss when you work with high-level languages and frameworks on modern machines.

For a little while in the 1980s I was a member of an amateur robotics group. I left because … well, you don’t need to know about that … suffice to say I was busy with other things. The group went on to become a professional company selling advanced robotics products. And I was left with a life-long fascination with phenomena such as emergent behaviour and the appearance of intelligence based on simple rules (think Boids). That led me to the work of William Grey Walter and his Machina Speculatrix (hence the name of this blog).

I’m planning to build a number of small robots to play around with these ideas … just as soon as I find the time. 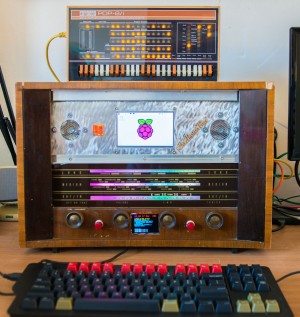 Getting into robotics also introduced me to Single Board Computers (SBCs), of which the most famous is the Raspberry Pi. I won’t tell you how many RPis I have because my More Significant Other might read this. I’m also playing with the BeagleBone (white and black versions), Odroid and other boards. My Raspberry Pi projects include a dawn clock, which wakes us every morning, and the aforementioned PDP-8.

Making it up as I go along…

I’m not any kind of expert in any of this. I learn as I go, which is rather the point. I enjoy discovery. I enjoy when things I’ve made work — and even when, sometimes, the magic smoke escapes and they no longer do. This blog is about my education. And it would be great to have you along on the ride … just don’t bet the farm on anything I say.