I’ve said it before and I’ll say it again: I have no idea how you write an operating system. Even though I’ve sort-of written one. I’m calling it ZolOS. 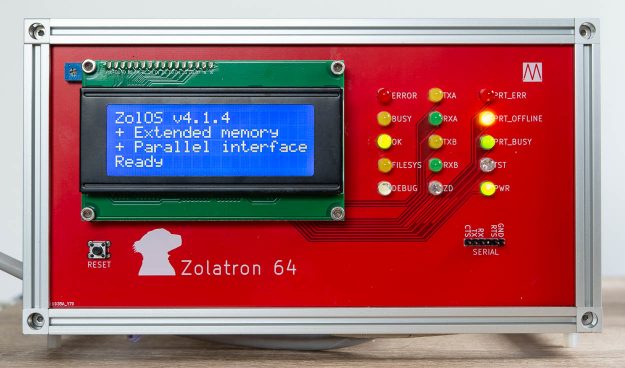 The Zolatron 64 6502 homebrew computer project started as idle curiosity that just got out of hand. I figured I’d be happy if I could get as far as writing ‘Hello world’ to an LCD display. But things then snowballed.

All of my early code was what you might describe as improvisational and expedient. I’d manage to get the computer to do one thing and then thought, hmm, I wonder if it can also do this. In other words, there was no planning and no structure.

And yet it’s amazing what you can achieve just by bumbling along. Interestingly, Version 1.0 of the code was the first version that did anything even the slightest bit useful. With Version 3.1, things really started to take off. And that was the exact same story with Windows, except it took Microsoft years to go from 1.0 to 3.1, and I did it in just a few months. 😉

I’ve written before about how I’m using vectors (on memory page 2) to provide hooks allowing user programs in RAM to invoke OS commands in the ROM. I now have about 42 of these. Because I’ve given over all of page 2 to these vectors, and each is two bytes, I have room for 128, which should be enough.

[UPDATE: I’ve now started putting together proper documentation for this project. You can see the list of OS system calls here.]

Having so many ready-made functions really speeds along app development. 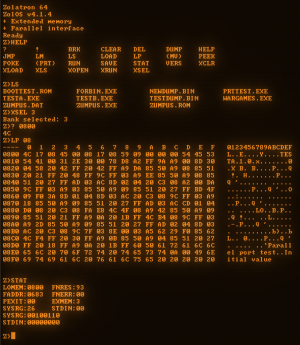 Meanwhile, on the command line, I’ve added to the number of commands I can type in.

Here’s what currently works (the ones in parentheses are in development):

With that lot, I have a surprisingly usable computer. All I need to do now is write some software that actually does something.