Yep, you guessed it – two of them. 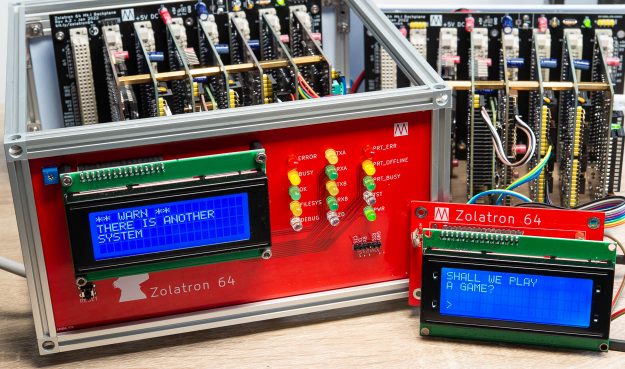 One of the side effects of ordering PCBs from the likes of JLCPCB is that you have to order at least five copies of each board.

This doesn’t quite mean that I have enough PCBs to make five Zolatron 64s. For one thing, each of the machines above uses two of the 65C22 VIA boards (one for controlling the LCD and some LEDs, the other as a user port and user timer). Also, I don’t have an endless supply of some of the pricier parts, such as the VIA chip.

But still, I managed to get two complete machines out of what I had in stock and, if I make use of the earlier revision of the VIA board, could probably make up one or two more cut-down versions.

Do I see networking in my future? That would be interesting…