Every Raspberry Pi deserves protection. Having used these boards since the first iteration, I have tried many cases over the years, all of them with their strengths and weaknesses. Now I’ve settled on a couple of firm favourites – both from Argon40. 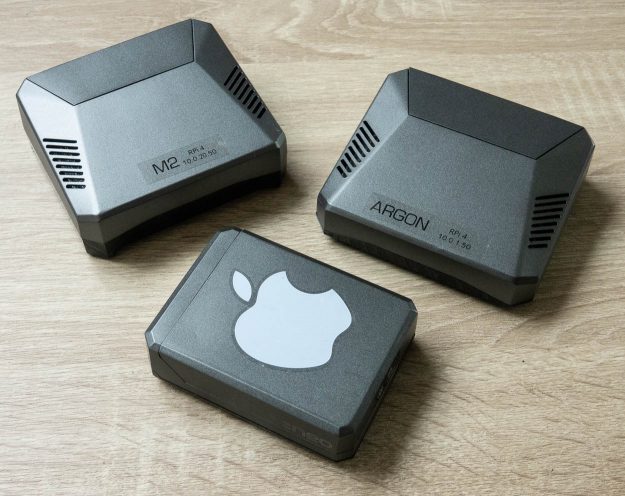 And to get this out of the way up-front, this post is not sponsored in any way. I’m just a happy (paying) customer.

In need of cooling

All Raspberry Pi models will benefit from cooling, but the Model 4B demands it. And there are two options – active or passive.

Passive cooling – just soaking away the heat by thermally attaching chunks of metal – has the advantage of being entirely silent and requiring no additional power.

Active cooling usually involves passive cooling that is assisted by a fan. (And yeah, water cooling is available for the Raspberry Pi, but is rather ridiculous.) The fan has to be powered, usually via the Pi’s GPIO pins, and so it draws a little extra current, and it makes noise. 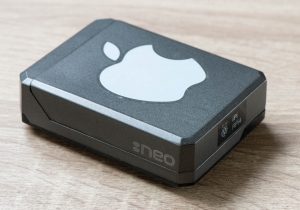 Until recently, my favourite passively cooled case for the RPi was the Flirc case. I have a couple of these and still like them a lot. It uses the simple method of employing the whole metal case as a heat sink. It’s cast in such a way that large square protrusions on the inside of the case reach down to contact, via thermal pads, the hottest chips. And it works extremely well.

And so I’d be recommending the Flirc – if it wasn’t for the Argon Neo. This takes a similar approach, but with a twist that, for my needs, makes it superior.

The main case casting is low-profile, contacting the chips directly. There are cut-outs for the GPIO pins – which are handily labelled – as well as the camera and display port connectors. There’s even a notch in the case into which you can stuff the Raspberry Pi camera. 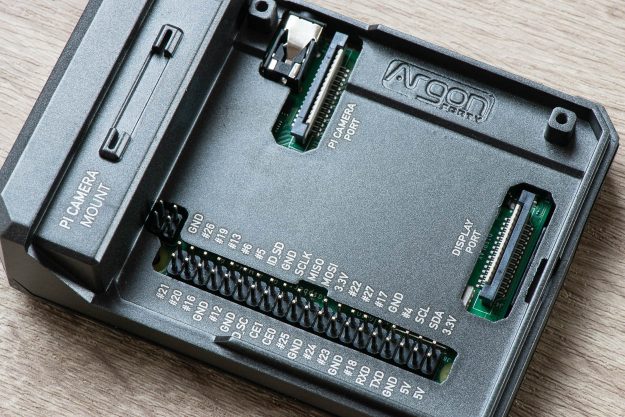 When you don’t need access to the ports or GPIOs, the main (also metal) lid of the case snaps into place with the aid of magnets. It shows no tendency to come loose accidentally, but you have instant access to all of the Pi’s features.

There’s a lot of metal here for soaking away the heat. The base of the case is plastic, which is important for letting the wifis in and out. But it’s robust. And as this Pi lives in my main bag, which goes everywhere with me, it has been sorely tested.

I’ve configured the Raspberry Pi 4B 8GB that I have in this case so that its USB-C port also acts as a network port and has a DHCP server behind it. That way, I can plug the Pi into my iPad or laptop and both power the Pi and SSH into it with one cable. That makes the Pi the perfect companion when you want a Linux box on the go. Shove a monitor mode-capable wifi dongle into the Pi and you have a perfect hacking box.

I found out about this handy hack here:

And here. My setup is slightly different, but essentially the same. I use this feature mostly with the iPad, running Blink on the Apple device. That explains the Apple sticker, I hope. 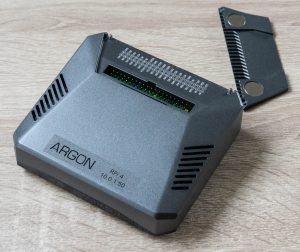 For an active cooling solution, I went with the Argon One case, which is available in two flavours, both of which I use and recommend.

The standard Argon One case is also metal, built to the same robust standards as the Neo. As well as the temperature-controlled fan, one of its major selling points is an interior daughter board that takes all the ports around to the back of the case. This makes for a very neat desktop setup. The same goes if you’re using the Raspberry Pi for something like a media centre and want to be tidy with your cables.

The case also boasts a power button that can be configured to shut down the Pi as well as turning it on.

On the original model that I have, the two HDMI ports on the daughter board are micro-HDMI, like on the Pi itself. The latest revision of this case has switched to full-size HDMI ports. 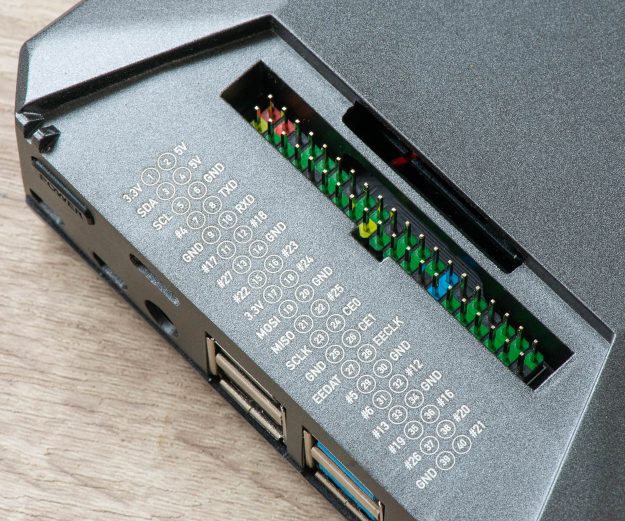 Once again, you get very easy access to the GPIO pins (although not the camera and display port connectors). Simply lift off a magnetically attached lid. As with the Neo, the pins are labelled, and even colour-coded this time. I love this feature.

The fan can be noisy at full blast, but that’s something I rarely hear. The case itself does a good job of passive heat sinking and so the fan comes on only as a last resort. 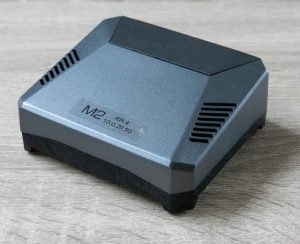 The beefier case is the Argon One M.2. The top half of the case is the same as on the later version of the standard Argon One (ie, it has full-size HDMI ports). In fact, you can buy just the base section of the M.2 to upgrade an existing Argon One.

The deeper base section holds another daughter board which takes an M.2 SSD (not NVMe). This doesn’t connect directly to the Pi, or anything in the upper half of the case. Everything is handled via a USB dongle that plugs firmly and securely into the M.2 adapter’s USB port and the lower of the Pi’s USB 3 ports. 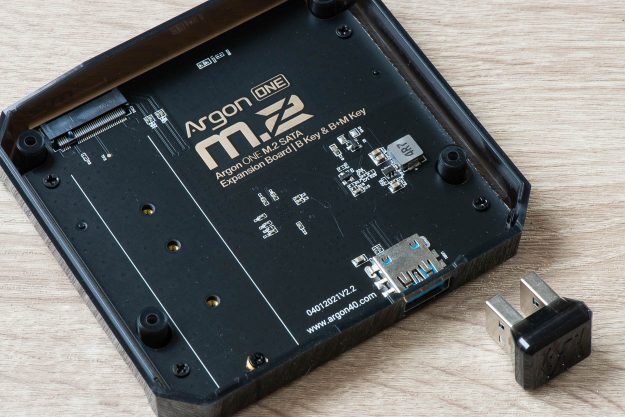 The base section, ready to take any common size of M.2 SSD.

You don’t get full M.2 SSD speeds, but you get the maximum the Pi can handle via USB. 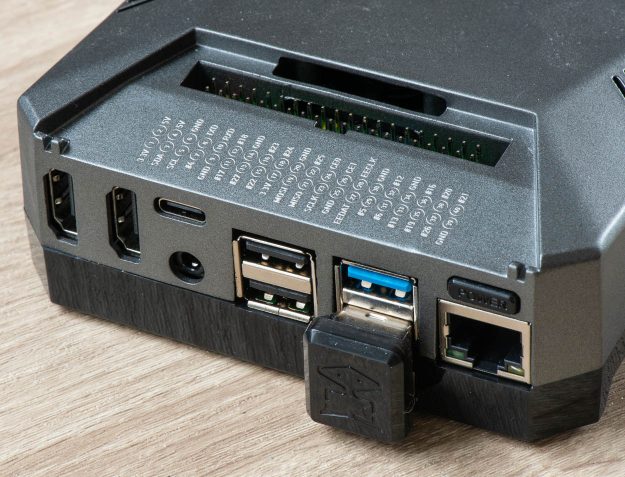 The one drawback with the M.2 case is that the SD card becomes inaccessible. This isn’t an issue for me, for two reasons:

The initial impression you get with these cases is one of quality. That applies to both the cases themselves and the supplied PCBs. And that impression doesn’t fade with time.

These are extremely robust cases that have taken some hard knocks without complaining. They combine neatness with functionality. The fast access to the GPIOs, and the pin labelling, are features for which I’m grateful every time I use them.