Just when you thought it was over…

When we last saw this project it was complete except for stuffing the joystick into some kind of box. As that kind of mechanical stuff doesn’t interest me greatly (and I’m crap at it), I wasn’t going to bother with a post about this final step. But hey, I’m nothing if not a completist – and ever-so-slightly OCD.

So here it is, stuffed into a box. And it works great. 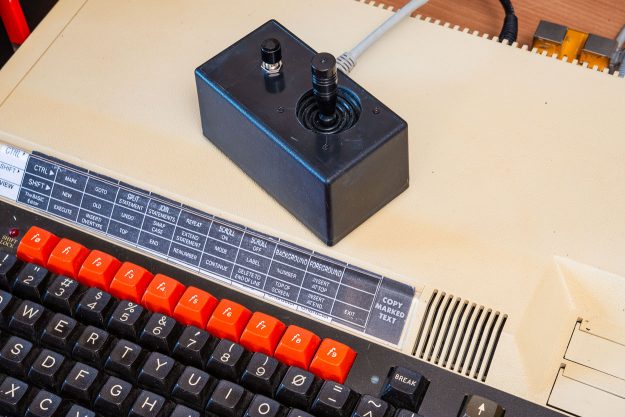 I’m not going to show a close-up of where the RJ45 socket is mounted because … well, it ain’t pretty. For all the care I took in measuring and lining stuff up, the socket is still mounted very slightly askew and off to one side. Did I mention I’m crap at this stuff?

My motto remains: ‘Measure twice. Cut once. Still screw up.’

Never mind. It works and, I believe, has period-authentic, early-1980s ergonomics – which is to say, none at all. I think I’ve perfectly captured the ‘if it works, don’t worry about how it looks’ aesthetic perfectly. 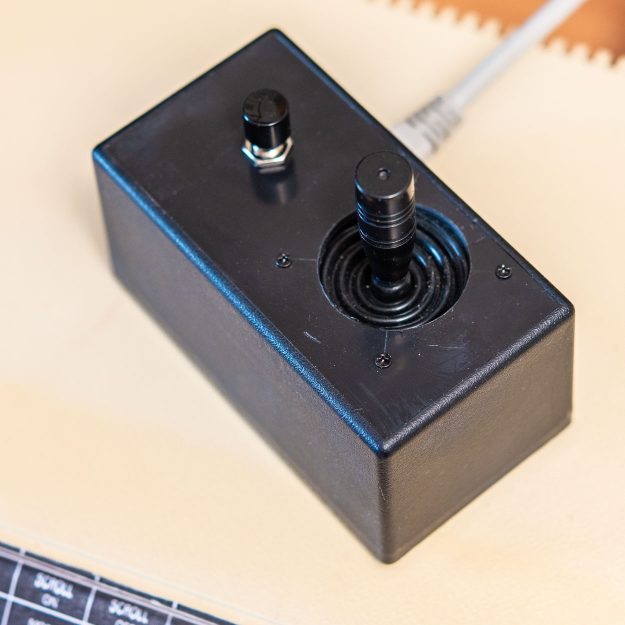 Right, I’m now off to fly a Spitfire for several minutes at a time…