In my series on ‘building’ a PC, I mentioned that a motivating factor was to have a games platform. I think I mentioned Elite: Dangerous and Kerbal Space Program.

The truth, though, is that I wanted to play with flight simulators.

I first took up Microsoft’s Flight Simulator when it was version 2.0 and running on DOS. I stuck with it through to version 4.0.

Somewhere along the way I became the author/photographer of three aviation-themed photography books. And I also picked up a private pilot’s licence. 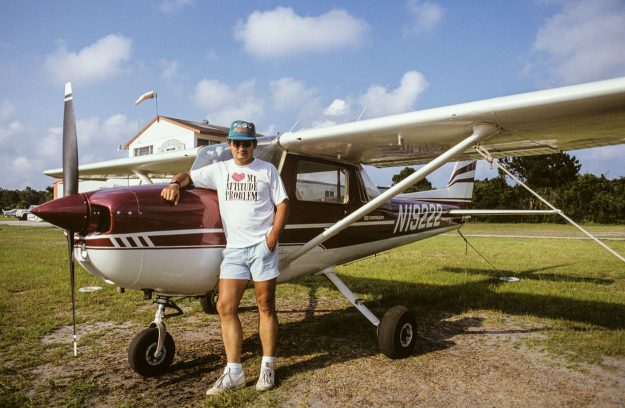 Yup, that’s me, the day after I passed my check ride in that very aeroplane.

That was a long time ago. After gaining about 200 hours as pilot-in-command I had to give up flying. That was a tough decision which pains me still. And I basically turned my back on aviation.

But now it’s got a grip on me again. So the new PC has X-Plane 11, Flight Simulator X and DCS World installed (although I’m not sure I’ll persist much with the last of those). I’ve bought a HOTAS setup – that’s ‘hands on throttle and stick’ for you non-aviation types. It basically means a joystick and separate throttle control both of which are festooned with buttons so that you rarely need to take your hands off them.

And it’s a lot of fun. I’m not yet sold on the supposed ‘realism’ of flight sims – they’re good for practising procedural stuff and basic flight manoeuvres but the realism breaks down pretty quickly in more extreme parts f the flight envelope. But as games, they have, for me, a lot more engagement that the total fantasy of, say, Elite, with which I’m already becoming bored. 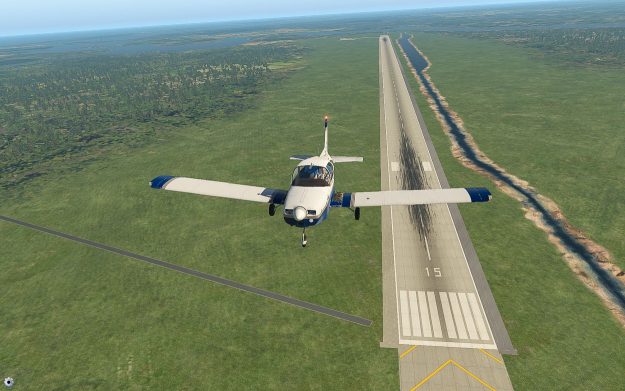 As flight simming and related aviation subjects are not really the stuff of this blog, I’ve started another. You’re welcome to join me over on The Outside Lomcovak Club. As I write this, there’s not a lot there, but I plan to build it quickly. Why not take a look?