Elsewhere in this build I’d start by considering a modest component and upsell myself before actually clicking the buy button. The reason is simple: it’s handy to have some future expandability or spare capacity. And changing, say, a motherboard further down the road would be a pain.

When it came to the graphics card, or GPU, however, budget limitations really started to bite.

The desire to build a PC was spurred, in no small part, by watching other people do it – mostly in YouTube channels such as ETA Prime and Explaining Computers. It looked like fun.

But in those cases, they were mainly budget builds, based around lower end AMD Ryzen processors that have on-board Radeon graphics. Alas, I’d already talked myself into a Ryzen 7 2700X, which doesn’t.

This meant buying a graphics card. The technology (and mythology) around GPUs is intense. From what I’ve seen, on gaming forums nothing makes a fight break out faster than asserting an opinion on some aspects of a GPU – cores, CUDAs, SLI and what have you.

Luckily I had one factor on my side when it came to narrowing down the field – yup, that budget I mentioned before.

Not all about gaming

So here’s the thing – I’m not a gamer. I want to play some games, but not many and it’s far from being the primary function of this computer. Development, electronics, robotics, maybe some light video editing and acting as a backup business machine all take precedence. So there was no way I was going to drop €1,500 on a high-end card. I mean, try getting that one past the Household Spending Committee and its fearsome chairwoman.

Much browsing led me to NVidia’s GeForce GTX 1660Ti architecture – claimed, in many places, to still be a solid price/performance compromise. And price comparisons and Amazon reviews pitched me up at the door of PNY. 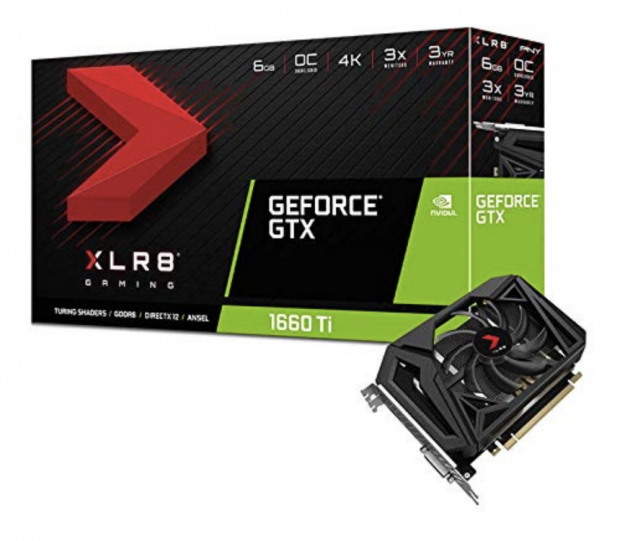 And so I plonked down €285 for the PNY GeForce GTX 1660Ti, which boasts 1536 CUDA cores, clock speeds of 1500MHz core and 1815MHz boost, factory overclocking, 6GB of memory and many more things I don’t understand. Only time will tell if I made a good choice – perhaps you have an opinion on that.

Indeed, if you do know something about GPUs, feel free to suggest possibilities for future upgrades. Because replacing the graphics card is one of the easiest upgrades one can make – except when it comes to paying for it.