Next year will mark the 30th anniversary of the world wide web. And if you want to get a feel for how far the web has come, try experiencing what it was like in those heady days of December 1990.

Tim Berners-Lee (now Sir Tim) built the original web while at The European Organisation for Nuclear Research (CERN) as a medium through which scientists and academics could share documents. The way in which the original HTML specification was modelled on academic papers is evident in the choice of tags, such as <cite>, and the concept that the web would be used to create and edit pages as much as consume them.

Berners-Lee has expressed dismay over some of the directions that the web has taken, but there’s no getting away from the fact that it has radically altered society, the lives of individuals and the structure of economies. And mostly for the better, I’d say. 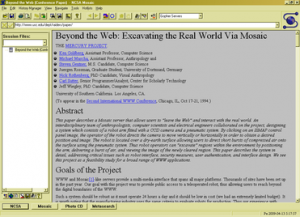 I remember first reading about the web, probably some time in 1993. I grabbed myself a Demon Internet account and started hand-crafting HTML pages with no clue what I was going to do with this stuff. My first browser was NCSA Mosaic. I can’t remember if it had any kind of bookmarking facility – but in any case it didn’t matter because you could write down the URLs of all the worthwhile websites in a notebook. I know that because I did it.

Indeed, for the next two or three years it wasn’t uncommon to see books available in newsagents that listed ‘all the hot sites’. They started the size of slim A5 magazines and soon grew to phonebook proportions. But still… the idea you could fit all the world’s sites in an infrequently updated print publication seems positively quaint now.

Of course, things were even simpler back in 1990 when the world wide web launched. And you can see for yourself.

CERN has its 2019 WorldWideWeb Rebuild project where, in the course of five days, volunteers recreated the first browser. It’s an emulation using modern technology – not the least of which is the browser you’ll use to run it – but faithfully copies the look, feel and (most) functionality of Berners-Lee’s original, Next-based solution. 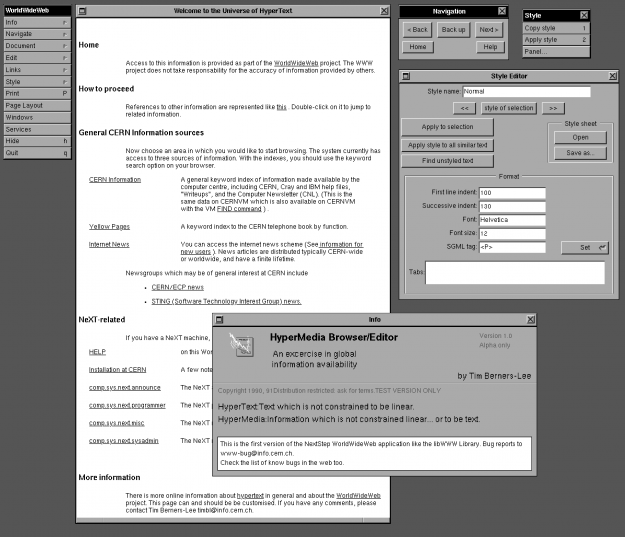 Try it out here. It’s entertaining to attempt linking to modern websites (use: Document -> Open from full document reference – then enter the URL). Most will fail because the web of 1990 knew nothing about PHP, ASP, JavaScript, CSS or any of the many technologies we rely on and take for granted today. But some stuff will work. Just.

Below is what happened when I tried connecting to Google. It loaded, but in German. 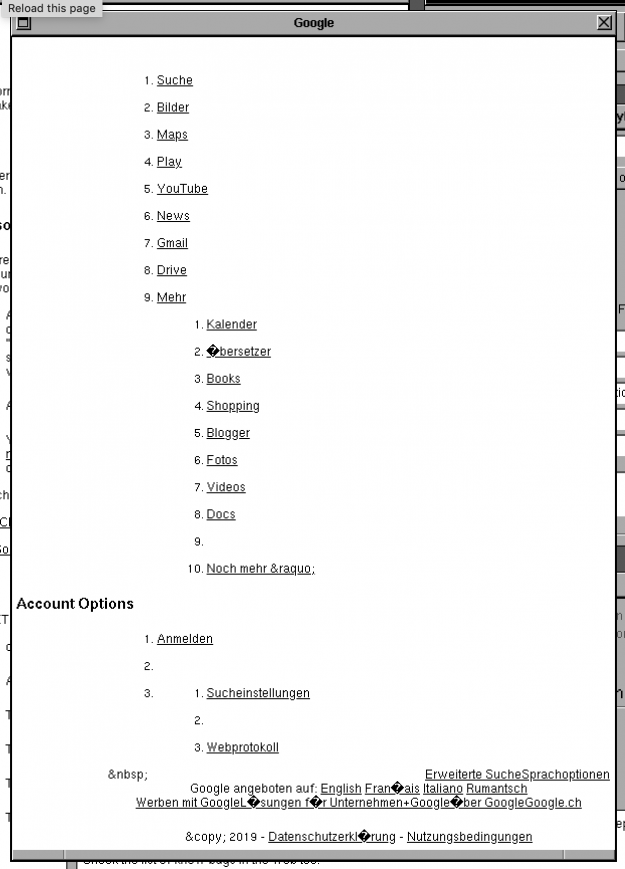