In the last post, I mentioned how I’m using a RetroClinic DataCentre to make it easy to transfer files between the BeebEm emulator on my PC and my real BBC Master 128.

A USB memory stick plugged into the DataCentre becomes my main disk drive (*DRIVE 5) for program files. It also holds floppy disk images (single-sided .SSD and double-sided .DSD) that I can easily to transfer to any of the DataCentre’s four RAM disks.

It’s very easy to use. But, as supplied, comes just as a circuit board with no enclosure. That’s just begging for a stray wire or paperclip to short out something that was never meant to be shorted, with potentially lethal results (for the DataCentre).

It was time to build a box. Or rather, to hack about an old box.

I decided to re-purpose an old, defunct external USB hard drive that was just taking up space in my ‘decide one day what to do with this junk’ cupboard. It was a LaCie drive proudly proclaiming its ‘Design by FA Porsche’.

It was easy enough to prise open the drive – no screws involved. The metal base plate came away cleanly, so my first step was to bolt the DataCentre to it using short nylon standoffs. 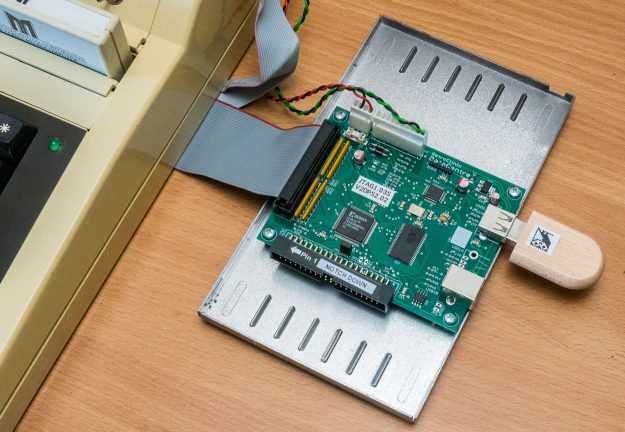 The guts of the drive proved more difficult to extract. In the end, though, I managed to take out the circuit board intact. The drive itself was an IDE device, so I guess I now have a potentially useful IDE-to-USB interface. That’s going back into the cupboard.

The top of the case needed some cut-outs for the USB ports and also to allow easy passage of the ribbon cable and two other cables. So out came the Dremel.

This is usually where things fall apart for me. I’m not good at the mechanical stuff. The results were a bit, um, ‘rugged’, and I bet Porsche is regretting putting its name on that box now. 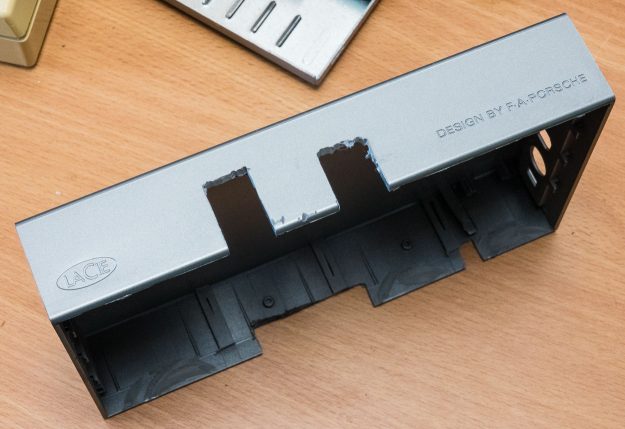 I also Dremelled away the tabs that make the top half latch onto the base plate. That was to make it easier to get inside whenever I need to.

If I ever use the IDE interface, I’ll need to cut a slot in the front of the box, too.

All in all, it doesn’t look half bad sitting next to my BBC Master, with the TurboMMC device plonked on top. 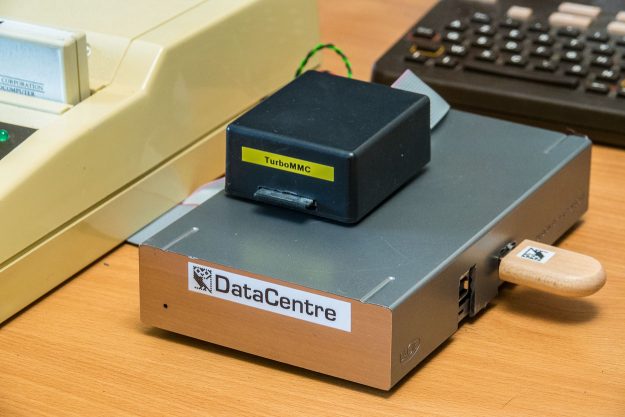 Looking at that picture, though, makes me realise I missed a trick. That black and green wire you see is just for the activity LED (you can just see that at the left edge of the picture). I should really have kept all that inside the box, enlarging the tiny hole in the front to house the 5mm LED. I’ll probably do that soon.

Meanwhile, the DataCentre is protected and it’s easy to use the USB ports. Job done.

[UPDATE 14/09/2018] So yeah, I re-routed the LED, mounting it in the front of the box. There’s now one fewer cable running between the DataCentre and the BBC Master. This pleases me. 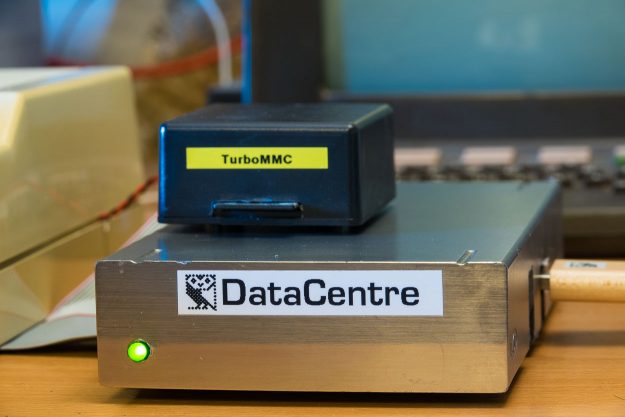