I haven’t got a working computer yet but already I’m thinking about a front panel for it. This will be inspired, to some extent, by the Altair 8800 and also by the PDP-8, both of which I have in the form of modern replica kits.

But obviously I need to put some thought into what switches are required. This is where I’m at with my thinking so far:

There will be LEDs galore, too – 16 to show the state of the address bus and eight to show what the data bus is doing, plus a power light and maybe even a ‘halt’ light just for show.

I already have the address and data switches. They are the same ones used on the current iteration of the PiDP kit (though not the version of the kit I have, which is the earlier one). 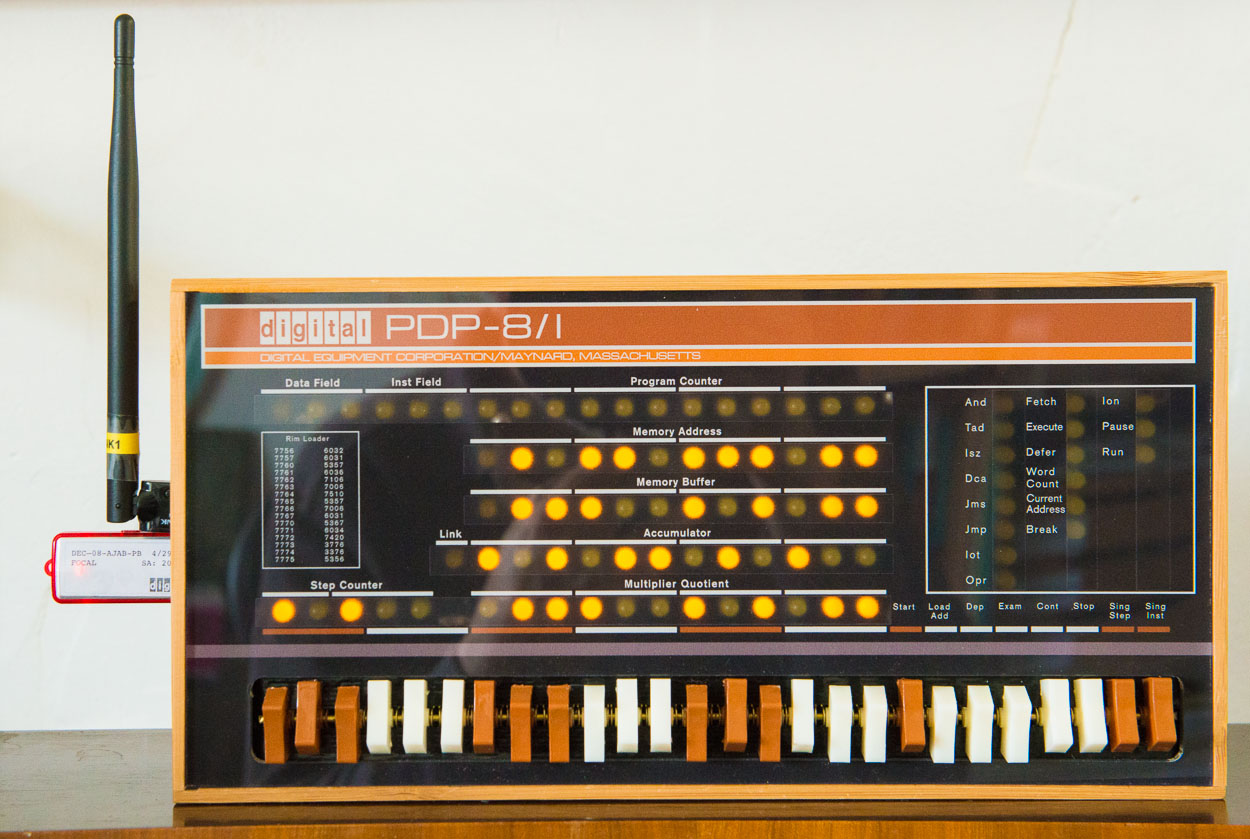 My PiDP. The switches I have for the Zolatron 64 are similar, but better.

My initial instinct was to use an AVR microcontroller to manage the front panel and interact with the 6502. But then CommodoreZ posted about his front panel design on the 6502.org forum and that inspired me to do it with logic chips instead. His project isn’t complete or problem-free but it did open my eyes to a few things, not least the existence of the 75xx193 chip.

Of course, I retain the right to go back to the microcontroller approach if necessary!

So, in the next post I’ll talk more about the address switches & LEDs.