Time for the next step in my attempt to bring my beloved old EpsonMX-80F/T III dot matrix printer back to life. But first, some pictures of gorgeous old retro components. As we’ll see, they might be all I have left. 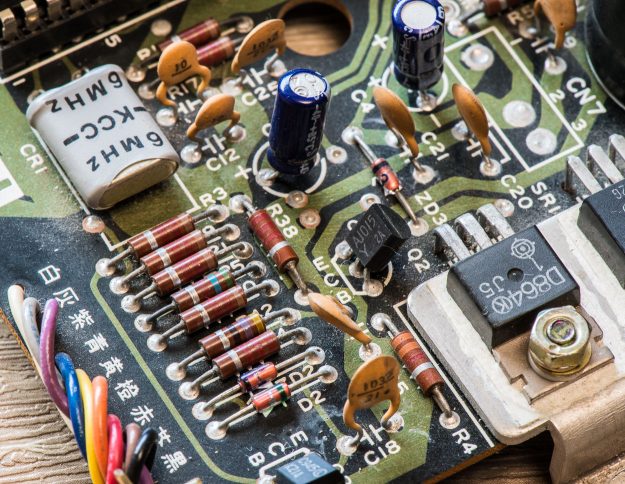 I do love old resistors. They have so much character. And look how thick the wires are. 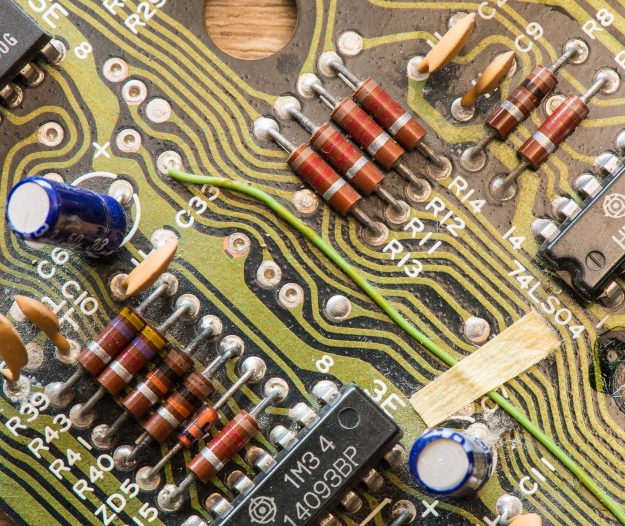 There’s also a somewhat iffy-looking bodge wire, held down with a scrap of masking tape. This runs to the D8049C chip, a microcontroller.

There’s also a daughter board, known as the driver board, that sits on the main board over where the Centronics interface comes in. 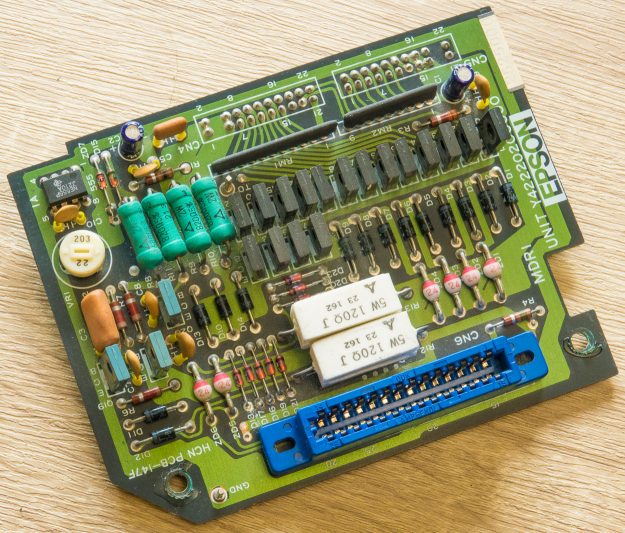 The big, fat turquoise things are 820Ω 2W resistors. And next to them are rows of 17 NEC D986 power transistors (a slightly odd number). 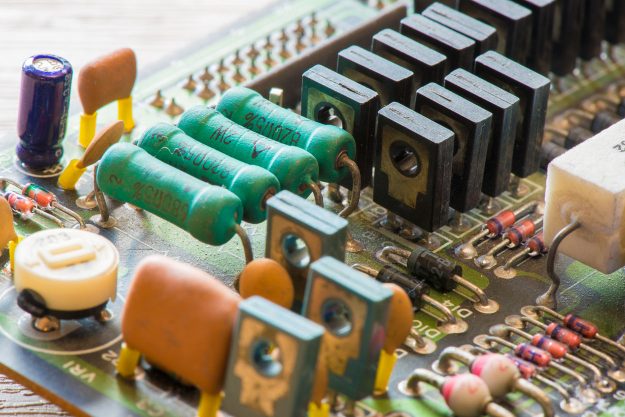 Also worthy of note are the cute little fat things with ’24’ on them. As they have a ring at one end and the circuit board labels them ‘ZD’ I’m going to guess they’re zener diodes. 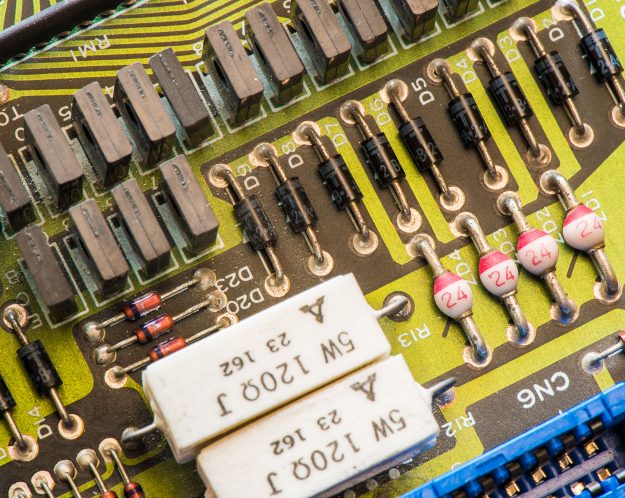 They didn’t come without a struggle. For one thing, their solder points were connected to very large traces on the board, with lots of thermal capacity.

As soon as they were off I checked them on the multimeter. I started with the biggest one – my chief suspect as the source of smoke – with the DMM set to read resistance. I was expecting a dead short. Nope. The resistance started low but immediately began to climb. The damn thing was still taking a charge. Same went for the other two caps.

So I switched to the capacitor setting and lo and behold all three reported near enough their rated capacitance – 6800µF for the two biggest ones, 2200µF for the smaller.

Looking again at the transformer I see that, yes, it does seem ever so slightly bulgy and discoloured. Damn.

A brief Google and eBay search throws up little hope of a replacement. And I’m somewhat intimidated by the idea of replacing it with a different unit.

With the circuit boards still safely out of the machine, I decided to risk powering up the transformer again. There was no smoke, so time to test the outputs.

There are four AC outputs from the transformer, identified by coloured pairs of wires. This is what I found.

So my first surprise was to find that the transformer wasn’t dead. The second was that two of the voltages (red and orange wires) were spot-one. But the other two are puzzling. In an Epson manual I found online (for the base MX-80 model, not specifically the F/T III) it gave the specified voltages as 10V for the blue wires and 12V for the grey at the CN2 connector. 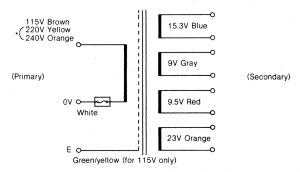 But when it referred directly to the transformer, it gave voltages of 15.3V and 9V as outputs from the secondary windings – close to what I measured. Given that there are no electronics between the secondary transformer windings and the CN2 connector to explain the differences, this is most confusing.

So, what to believe? On the face of it, the transformer appears to be working. And so do the caps.

And yet something in this machine put out smoke – and quite a lot of it.

I need to spend some time considering my options…