Well here we are, the end of the road. Somehow I always knew this series would go to 11.

I have, finally, made a decision which EDA – Eagle or KiCad – I’m going to use. It wasn’t an easy choice. 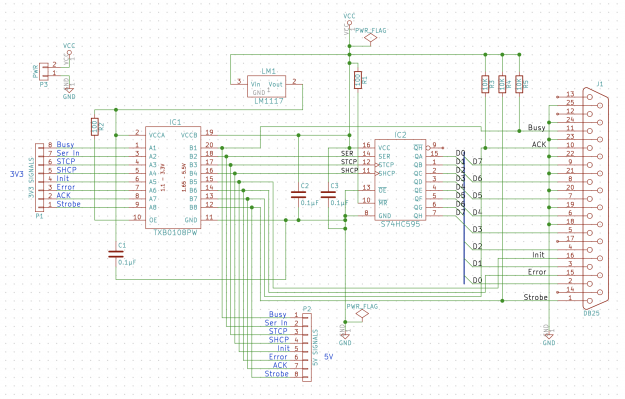 Let’s get a few things out of the way first, so you know where I’m coming from.

So … the moment of decision … between Eagle and KiCad, which one do I like?

I mean, let’s face it, they both have user interfaces that are unbelievably last-century. I had to keep checking that I wasn’t running them on a 486DX with VGA graphics. Years of UI and UX development seem to have passed them by.

Eagle’s modal interface is wilfully obstructive. And KiCad’s library management seems to have been designed – if you can use that word – by Dickens’ Circumlocution Office.

And yes, I know you can get used to these things. And once I’ve made my decision I only have to learn one stupid way of doing things. But it shouldn’t be like this. I use a lot of complex software (Photoshop, InDesign, Logic Pro, Final Cut Pro) and while I may resort to online help or books for the more obscure or advanced features, there isn’t one of those where I wasn’t able to grasp the essential functionality just by playing with the software. I can’t say that about Eagle or KiCad.

But let’s be optimistic for a moment.

Since being acquired by Autodesk, Eagle has been receiving some attention, whereas under the stewardship of its creators, CadSoft, it largely rested on its laurels with no innovation for years. So it’s likely that Eagle will significantly improve, and Autodesk certainly has the resources to make that happen. The question becomes: do you want to risk it and can you wait?

This is the gamble you take with all software. KiCad, for example, has been around from the 90s but was popular mostly with people who were motivated more by the fact that it’s open source and runs on Linux than by its capabilities. It’s only in the past few years that it’s become a serious contender to commercial offerings – not least due to support from the likes of CERN. It is going through a period of great innovation and improvement. And KiCad’s openness means that it benefits from third-party tools and things like Python scripting. But whether that pace will continue and how fast is anybody’s guess.

I’ve detailed lots of niggles with both packages in the past 10 blog posts. But there’s one calculation that applies only to Eagle. Cost.

Autodesk largely inherited these restrictions when it bought CadSoft. And it’s not unreasonable: Eagle is a commercial product, and the fact that there’s a free version at all, with access to the wealth of Eagle libraries, is a good thing. But I do wonder about Autodesk’s pricing.

Like many software firms these days, Autodesk operates a subscription model (which I dislike on principle, but that’s an argument for another time). The ‘standard’ pricing for Eagle is $100 per year, and for that you can have four layers in your designs, 99 schematic sheets and double the board size.

Like many Eagle users, I’m a hobbyist. For the most part, I can probably live with the free version’s limitations. But if my needs exceed them, it’s not going to be by much. I might, for example, need three schematics – but it’s never going to be 99. I might want to increase my board size from 100 x 80mm to, say, 100 x 100mm. But I’m unlikely to need 160cm². Paying $100 as a one-off payment would be a disincentive to stick with Eagle. Knowing I’d have to pay that every year is a deal-breaker.

Some kind of interim deal for hobbyists would be attractive, but that would be yet another version for Autodesk to support, so I can see why it wouldn’t want to do that. But it might want to think about relaxing the restrictions on the free version a little more. That would encourage more people to choose (or stick with) Eagle until their needs become really serious and they can justify the subscription cost.

And the winner is…

So, judgment time. Which one will I use? (Sound of envelope being ripped open.)

Yup, there is is. And I’m actually a little surprised. I think I whinged more about KiCad that I did about Eagle in this series. And heaven knows it’s not perfect. Here’s what swung it:

Nonetheless, there are features in Eagle I wish KiCad could match. These are:

Just typing that list nearly made me change my mind. And it’s quite possible I might do that one day. I’ll probably check in with Eagle from time to time to see how it’s getting on. But I think KiCad will give me what I need for now. I can achieve everything I want without spending money.

If you’re trying to make the same decision, I would say this – stop torturing yourself. There are just two questions that you really need to tackle:

If you answer ‘yes’ to either one of those questions, you could do worse than flipping a coin. Seriously – either package will drive you nuts and either will get the job done. Whichever one you choose, you’ll end up pining for features present only in the other. 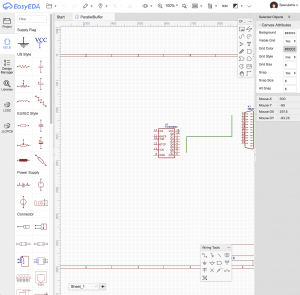 Of course, I’ve only tried the two packages. Maybe there are others out there.

Well, I know there are, but, you know…

I tried gEDA once – an experience I wish I could forget. And anyone who can say ‘Fritzing’ without laughing doesn’t understand the problem. But still, things move on.

For example, the Chinese fab house JLCPCB has created a browser-based EDA called EasyEDA. I haven’t played with it enough to know if it’s any good, but it’s worth a shot if you’re always Internet-connected. (I like to be able to work on my laptop at the bottom of the garden.)

If you know of others, do say. In the meantime, I have some soldering to do…

5 thoughts on “PCB design: Eagle vs KiCad – the verdict”