Not all foam is created equal. Let me explain.

When you buy integrated circuits (ICs, or chips, if you prefer) they’ll sometimes be delivered with their cute little legs stuffed into black foam. That’s because many chips, and particularly CMOS-based ones, are rather sensitive to static electricity. If a static potential builds up between the legs (and if, like me, you’re a child of the 70s you’ll know what that feels like) bad things can happen. You might hear a tiny pop and discover that your precious chip is now dead.

The foam is designed to dissipate any charge build-up and prevent damage. But electrostatic discharge (ESD) products come in many forms. And there is a difference between products that are merely antistatic and those that are conductive.

For electronics tinkerers like me you’ll encounter these differences in two areas – bags and foam.

Sometimes components are delivered in pink antistatic bags. These are designed so that they won’t themselves build up a static charge and may even provide some mild dissipation. Vendors that are making more of an effort will deliver stuff like chips in grey, metallic-looking bags. These are actually conductive, and you can test this for yourself with a multimeter. This is why you should never power your circuit board with it sitting on top of one of these bags.

Dave Jones at the ever-informative EEVBlog has a great video about the differences.

Similar differences apply to foam. And I recently had the displeasure of buying from an eBay seller who is sadly unclear about this.

I have a whole bunch of ICs in tubes that I would prefer to store in parts bins. And I want to stick them in conductive foam. So off to eBay I went and bought some ‘conductive antistatic foam’…

When the foam arrived (from the UK, not China) I knew at once there was a problem. For a start, it was too soft and spongy. Chips simply would not go into it. Even when I managed to poke the ICs’ legs through the foam, often they would just ping out again.

I dragged out the multimeter and switched it to resistance. Nothing. No continuity through the foam at all.

Now, if you stalk online electronics forums you’ll inevitably find some know-it-all who’ll tell you that you can’t test conductive foam this way – that it’s all about surface dissipation, blah, blah, blah.

And they’re wrong. If the foam is conductive then you can easily test it with a multimeter. Hell, you can even run a circuit through it.

Here’s the foam I bought being probed with my new Xmas present. 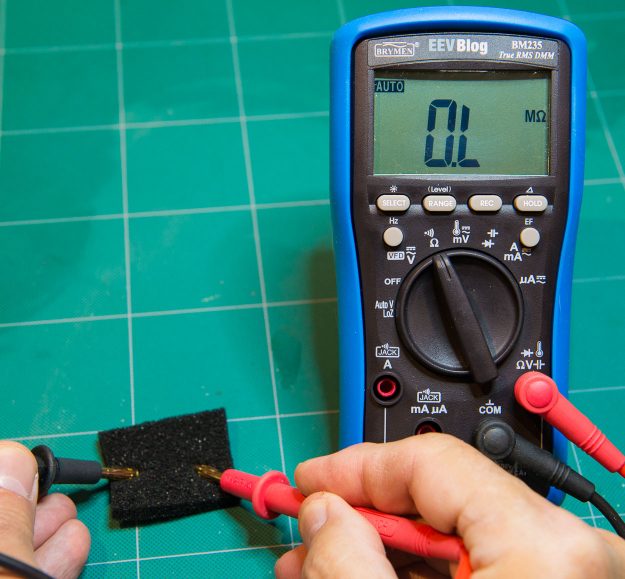 Zilch. No continuity. Now here’s some foam that was attached to a chip I bought from somewhere being probed in exactly the same way. 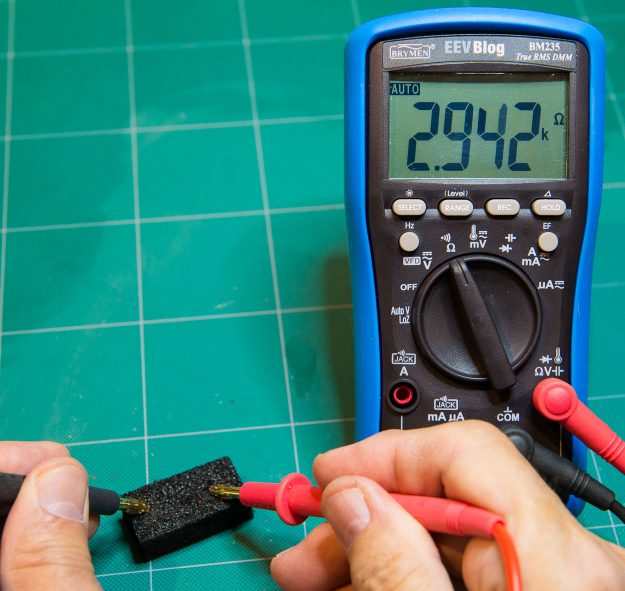 Yup, around 3KΩ. This is the proper stiff foam into which it’s very easy to insert chips. And just to test that the meter wasn’t being screwy, here’s that same block of foam in series with an LED and a 12VDC supply. 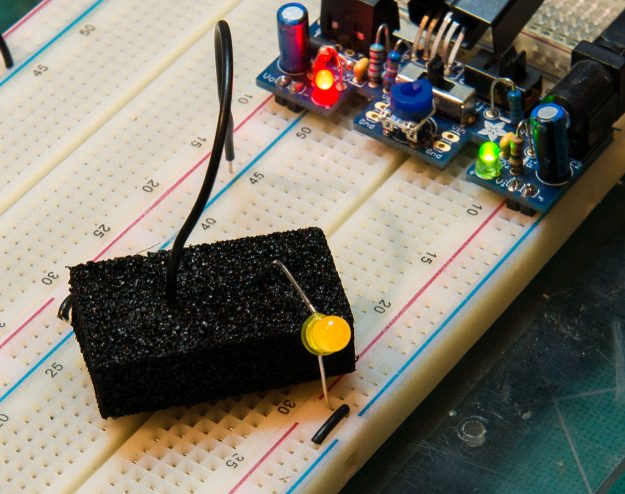 The LED is dim (as you’d expect with a resistance of 3K) but definitely lit.

The foam I received is, as the description said, antistatic inasmuch that if you rub against things it won’t build up a static charge. And it may have some success in dissipating surface charges. But the description also said it is ‘conductive’ and that’s misleading.

This kind of foam is useful for, saying, wrapping populated circuit boards for storage or packaging components that aren’t terribly sensitive. You’ll often see it lining boxes used to mail out, say, Arduinos or evaluation boards.

But if you want to protect your chips you need the grey bags, which provided actual shielding, and/or properly conductive foam. (I’ve now ordered some from Element 14, which is what I should have done in the first place.)

I contacted the vendor, Spiratronics, who tried to fob me off with the thing about ‘you can’t test conductive foam with a meter’. I replied pointing out their error but haven’t heard back. I think it may be time to leave negative feedback.