A while back I wrote (here and here) about how I’d bought some old Russian memory. It’s a single memory plane from a Saratov-2 (Саратов-2), a Soviet-era Russian clone of the PDP-8 built in the 1960s.

Well, I’ve finally given it the home it deserves. I’ve mounted the memory inside a deep frame and put a ribbon of LEDs around the inside of the frame. 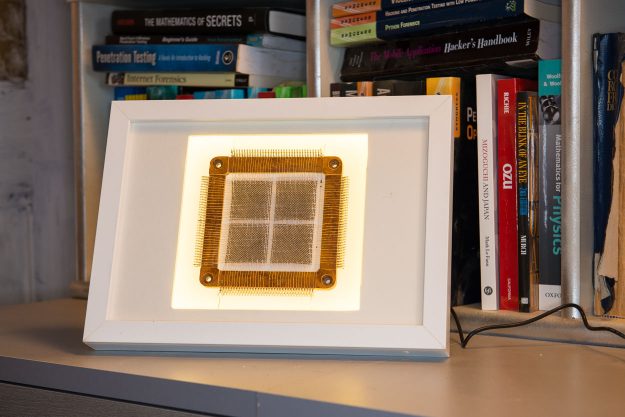 My More Significant Other is dropping big hints about how nice it would look in the living room. But as I’ve just refurbished the man cave, I think it’s going to stay with me for a while. 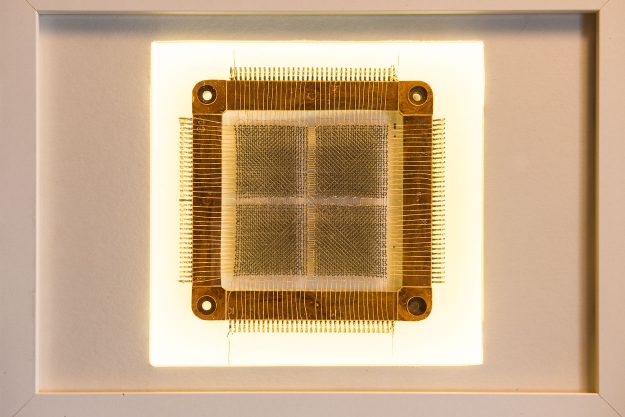 I’m still astonished that this technology works – or worked. Setting bits in ferrite rings was slow but effective, especially as the memory would be retained after a power-down.

This thing measures about 15 x 15cm and held just 4,096 bits of data. There would have been another 11 of them (at least) in the machine because each of the computer’s 12-bit words was distributed across the planes. Whenever I get annoyed with a bit of modern technology, this will be around to remind me just how far we’ve come and how lucky we are.