We all have to start somewhere. Almost as soon as I’d decided I would build a 6502-based micro I realised that the learning curve is steep.

It’s not like embarking on a new programming language where you can write a ‘Hello world’ program and go from there. When building a computer, there are many pieces that have to come together and work before anything happens. Anything at all.

This could be frustrating. If one of these basic elements is faulty then how do you go about finding which one? And there’s a lot of time and effort to put in before you reach any kind of reward.

But let’s go back to that ‘Hello world’ example. Every time I’ve tinkered with a programming language I’ve started with something very simple and built from there, trying new stuff until the program breaks and you have to find out why. In other words, I’d start with something that works and then amend and expand.

This is how I plan to proceed with the Zolatron 64 – take a working 6502 micro and then hack it.

I don’t mean to start with a BBC Micro or Commodore 64. I need something much simpler than that. I opted, then, for the Apatco NCS 2056T. Even the name is somehow redolent of the early 1980s. 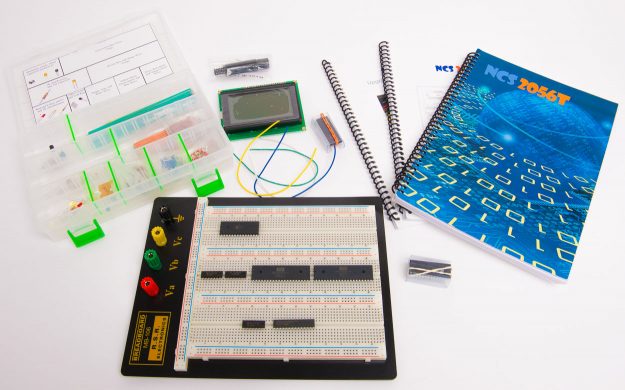 The full kit as it arrives.

The NCS 2056T is a Canadian kit designed for teaching electronics and computing. (Be warned, though, that its availability seems somewhat sporadic.) I went for the version with the optional LCD screen and keyboard connector.

The kit comes with everything you need to build a functioning computer on a breadboard, including the breadboard itself. In fact, the chips – including 6502, 32K RAM, VIA etc – come already plugged in. 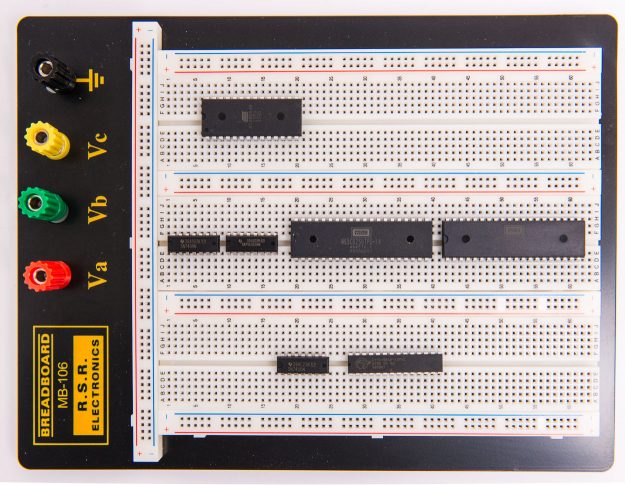 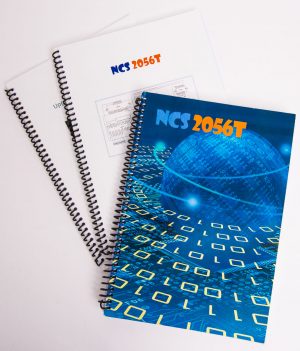 I could almost certainly have bought the components for a lot less than I paid for the kit, but what attracted me most were the manuals.

The main manual walks you through all of the theory and concepts behind the computer design. It was the book that demystified the concept of hardware addressing for me. And you have to admit that the graphics and ring-binding do beautifully evoke the era of 8-bit microcomputers.

There’s another manual that holds your hand, step-by-step, through the process of wiring up the computer. This is also highly instructional – for example, your first step is creating a reset circuit that puts the 6502 processor into the right power-on state.

And if you opt for the display/keyboard kit, there’s another manual for that, plus a ROM with the necessary code already burned into it. 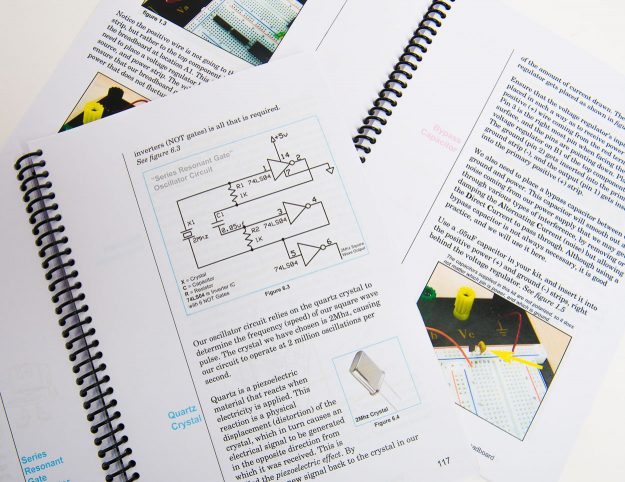 The manuals provide a valuable course in basic computer design. And in further blog posts I’ll be sharing my experiences of building this kit.

And that will be right before I break it. I’ve already devised a very different memory map. I plan to put a lot more memory into ROM. And I also want to move beyond that small LCD screen. But at least I’ll be starting with a machine that I know works and can improve incrementally from there.