The Russian core memory I bought on eBay has arrived and I have to say it’s a thing of beauty. 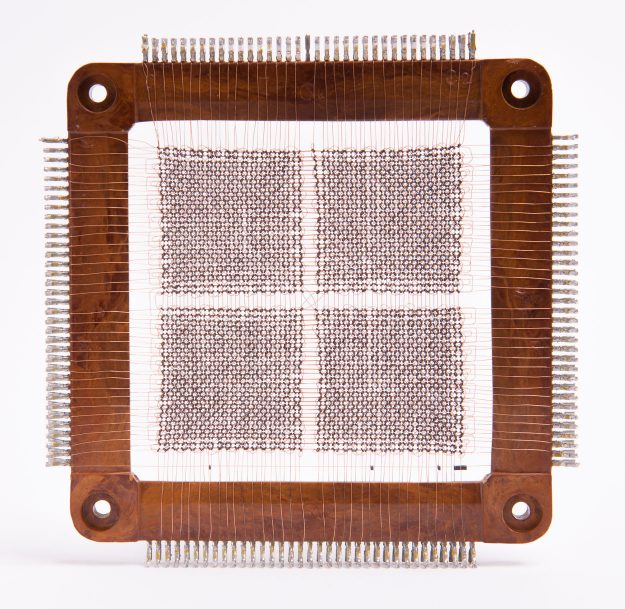 In fact, it’s such a fascinating object that the More Significant Other was moved to admit that she’d like it to live, suitably framed, in the living room. 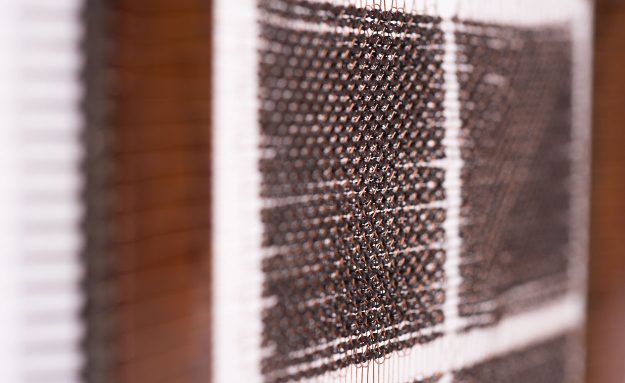 There is something strangely hand-crafted about this piece of modern technology. I couldn’t resist sharing some pictures. So I took myself off to my tiny studio. At one point the MSO called to ask me what I was doing. “I’m photographing my memory,” I replied, truthfully. 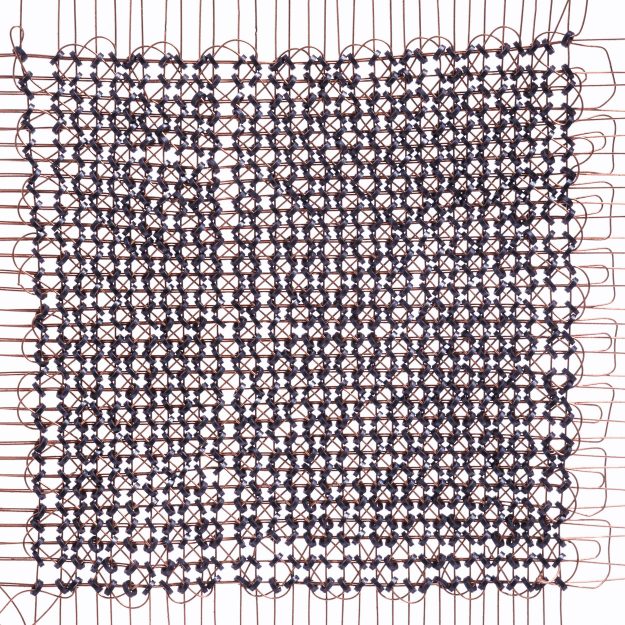 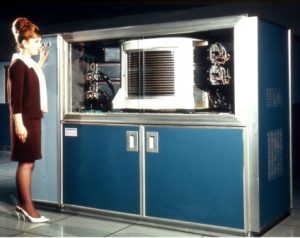 By coincidence, I encountered core memory again this week. Over on the Retro Computing community on Google+, Ed S posted an astounding picture of a 24MB hard drive the size of a small shed. The one-ton beast belonged to a British machine from the early 1960s called the KDF9 – and I have to confess I’d never heard of it.

Created by English Electric – the same people who brought you the fabulous Mach 2 Lightning jet fighter – in some ways the KDF9 was typical of its time. You needed a very large room to house it and a plentiful supply of electricity.

But the machine was also unusual, too. It employed a stack-based architecture using a ‘zero address’ addressing format. This enabled the use of reverse Polish notation with the aim of achieving fast mathematical computations.

It had a 48-bit word length comprising six eight-bit ‘syllables’ (ie, bytes) which were in turn divided into two three-bit fields and one two-bit field. 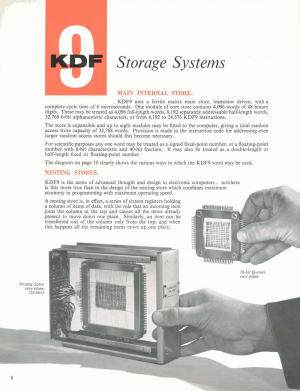 But what really got my attention was the memory, or ‘store’ as we Brits preferred to call it back then. Ed S turned up a fabulous brochure for the KDF9 which is worth perusing for the period graphics alone. (You can click on the picture on the right to enlarge it.)

According to the brochure, the KDF9 used a “ferrite matrix main store” – that’s core memory to you and me. From the image, each module or plane was a 16×16 matrix – ie, 256 bits. Main store consisted of 4,096 words of 48 bits each. So does that mean there were 768 of these units in the machine? (Feel free to correct my maths.)

The KDF9 also boasted a ‘nesting store’. This is what we would recognise today as a stack – a feature that, according to the brochure, made the KDF9 the “acme of advanced thought and design”. The nesting store, by the way, was a maximum of 16 items deep. Programs on this beast must have been the acme of efficiency.

There’s a good summary of the KDF9 in this Autumn 1997 issue of a Computer Conservation Society bulletin.

And some good stuff here.

And there are even more links in Ed’s original post about the machine.