Alas, the reconditioned BBC Master Turbo I bought towards the beginning of last year is now sickly. What was a stroll down memory lane has become a project. 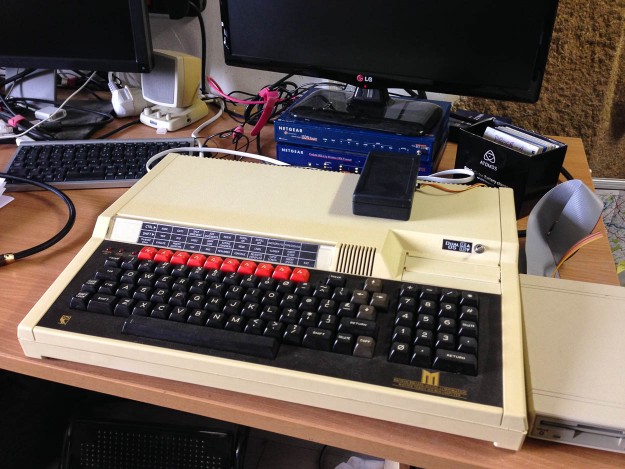 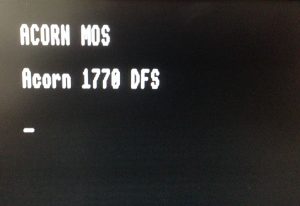 This is as far as it gets

When I switch on the machine, I get the Acorn MOS message and (usually) the DFS one, but then only a flashing underline cursor. Once or twice I’ve seen more (‘not a language’ or something like that), but only rarely.

Initial research and calls for help suggest that I should reseat all socketed ICs. But there are only two chips on the motherboard that are socketed – I’m assuming they’re the two 6522 VIAs. And my first attempt to remove one ended up with the whole socket coming away, leaving its metal contacts in place. Eek! 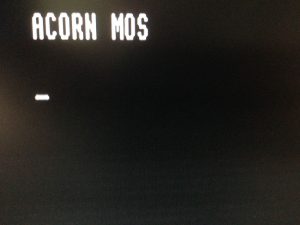 Sometimes it doesn’t even get that far.

So I reckon I’m going to be doing some desoldering and soldering in a new socket. That’s not something I’m looking forward to, to be honest.

If, as is possible, it’s a duff RAM chip, then I may be forced to give up for the immediate future.

This is a fairly low-priority problem for me – I have too much else on my plate. But I plan to do more tinkering and research, starting with posting to the Stardot forum – the fount of all wisdom in matters relating to the Beeb.

I will update this post as things progress (or not).