I’ve become a big fan of very small computers. My desk is currently littered with no fewer than five PCs, but with only a casual glance you could easily miss them. The computers are various models of the Raspberry Pi (RPi) and BeagleBone Black (BBB). The Raspberry Pi has made a lot of waves, selling in its millions and, in… Read more »

I know quite a few people – hackers mostly – who get quite snarky and condescending over what they see as the media’s overuse of the ‘cyber’ prefix. In fact, I’ve just had an email exchange with a friend on this very topic. The media, the thinking goes, always get their panties in a bunch whenever anything ‘cyber’ is involved,… Read more » 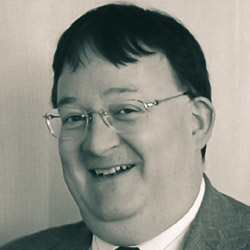 The tech journalism world doesn’t have many true characters. Now it has one fewer. Steve Gold passed away last night. He did so peacefully, unconscious. I’m not sure he would have liked that. For the few people in the IT security world who don’t know his name, you’ll certainly know his effect. Steve was one of the reasons the UK… Read more »

» Listen or download now on the podcast page » There’s lots of talk about putting security close to the data. One way of doing this is data masking, which obscures or modifies data as it is used according to a set of rules. In this interview, Amit Walia of Informatica explains how data masking means that people see only the data… Read more »

Last month I discovered I’d lost my EHIC – European Health Insurance Card – whilst travelling through Manchester airport. I don’t know what happened – I think it left behind whilst I was I replacing my belt, shoes, jacket, wallet, mobile phone and other pretty pathetic stuff the public have to endure in the name of security whilst traversing the… Read more »

With an 87% global market share, it’s no wonder that Android devices are attracting malware authors like circling vultures – much to Apple’s delight. There’s a kind of hackers’ arms race going on as they compete to plant nastier and nastier bugs on Android phones. The latest arrival is ransomware, which infects and encrypts your files then (sometimes) releases your… Read more »

» Listen or download now on the podcast page » Software vulnerabilities Software flaws are at the root of many security exploits, and year after year we see the same old issues topping the OWASP top-ten, such as SQL injection and cross-site scripting (XSS). Are these really such hard problems to tackle? Or is the message just not getting through to… Read more »

After attending no less than three shows and conferences in the last 10 days, I’ve been enjoying the luxury of a few days working in the office catching up with my emails, one of which was a missive from Microsoft with a copy of the software giant’s bi-annual Security Intelligence Report. Amongst many statistics of interest, Redmond Inc. reveals that… Read more »