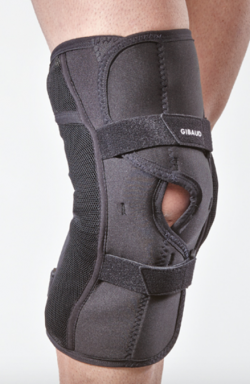 To say that I’m fed up would be an understatement. It’s now 11 weeks since I got injured and I’ve been off the bike ever since, watching the summer ripen and fade. And now we’re into autumn.

I was, as Steve says, scrumping. I’d gotten up at 6.00am-ish to walk the dog in the cool of the morning. After a womble around the fields, which were flat and baked hard in the heat of high summer, I decided it would be a good idea to go and collect some cherries.

Although we have our own cherries, they are very tall and the birds get most of them. These trees were planted by the roadside about 18 years ago and were loaded with fruit that nobody seemed to be collecting (honest, officer…).

So I grabbed the dog and a wire basket and drove down to the trees. It was still only about 6.45am. After collecting half a basket of lovely ripe purple cherries, I decided to jump over the ditch and get the ones on the other side. It wasn’t a deep ditch, but I’d forgotten one stupid thing – girl shoes. I was walking in a little pair of wedgie trekkers, not proper trainers as advised by my podiatrist. I grabbed a couple of twiggy branches to steady myself, and jumped.

The pain was immediate and excruciating and I’m still not sure what happened, but I’m guessing that I lost my footing, turned my ankle and that in turned tore my knee. There was a very unpleasant sound (apparently the lower leg dislocating and popping back into place) and the pain was so severe I thought I was going to vomit or pass out.

In the end I did neither. As the pain eased, I stood on one leg like a stork, then hopped up onto the bank (the ditch wasn’t deep) and since I was over there, I carried on collecting cherries, hopping back and forth like a budgie, since I had an inkling it might be the last time for a while.

I’m still not sure how I got back over the ditch (a combination of falling and yoga), nor managed the short drive home. But I got the leg elevated with an icepack, took a painkiller and waited for the DH to get up.

It was a sprain, of course. I’ve had no MRI on it, but it looks like the lateral collateral ligament, plus some damage under the kneecap and possibly the anterior or posterior cruciate, too. I saw the doc, who prescribed a hinged knee brace, which was ordered, and then I sat on my arse for the several days that took to arrive.

I’ve you’ve never had a knee sprain I seriously suggest never getting one. It is a total pain. The following day, my knee was swollen and arrow straight. Using chairs, toilets or baths is very difficult with a leg that won’t bend. Until the brace arrived, I also manoeuvred around the house by supporting myself on furniture, as the knee felt like it would give way at any moment. The rest of your body aches like a bastard from the effort of keeping yourself upright and you feel horribly vulnerable in the street, as if you could be bowled over like a skittle.

On the bright side, the knee healed a bit every day. I diligently followed isometric exercises I found on Youtube, began cycling gently on the stationary bike after the first three weeks, and little by little it got to almost-well-again.

Then I screwed up again, slipping and falling on a woodland walk eight weeks into the injury when wearing only a neoprene support (if I’d been in the brace, I’d have been OK). This time, I think, it was a muscle pull or ITB injury – again painful enough to make me want to puke but there was no swelling and it’s improved over the last three weeks.

Then, earlier this week, when once again it was nearly better, I put my back out lifting boxes. I’d quite forgotten that I used to have a back problem, as it’s disappeared due to regular cycling and swimming, but I’ve had a dodgy back since I was 11. So once again, I’m hobbling around the place only this time with two injuries rather than one. Luckily, the knee has improved no end this week, so I’m hoping to give the bike a try in a week or so (I’m building up kilometres on the stationary bike). And I hope to get back in the pool soon, too (the problem isn’t swimming, it’s getting out of the water – I do wish local authorities would think about this).

Anyway, it’s taught me a few things. Living in a town with an injury is probably easier than the countryside – our steep, washy, gravelled courtyard has been a no-go area; driving has been impossible; I’ve barely seen another human for three months. Massage recliner chairs with heat are a godsend – without being able to elevate the leg, I would have been in much more pain. A stationary bike is a worthwhile investment – although I’ve been quite unable to push off on the real bike without intense pain, the stationary bike is no trouble at all and you can start very slowly and build up. Gibaud make fantastic knee braces. And patience is a virtue – ligaments take at least eight weeks to heal and can take six or seven months to be back to normal and there’s no rushing it. They’re constructed of long strings of collagen and you just have to give your body time to make the collagen.

So, I’m seeing the light at the end of the tunnel a little bit now. The back’s just a muscle thing and will be alright in a bit, and I’ve worked out a method of cycling with the brace in place. Voie vertes, here we come.