Taking a break from cycling can result in quite a shock when you get back in the saddle. 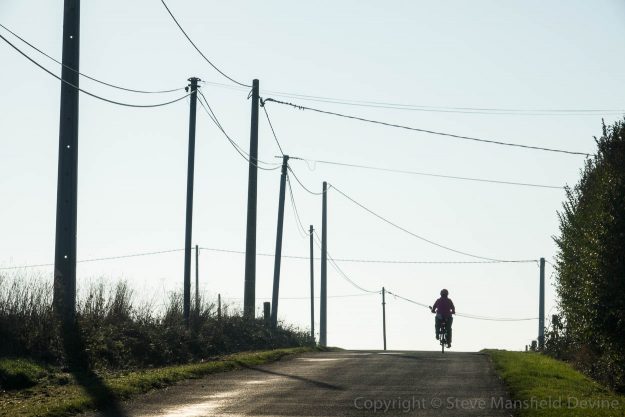 For a variety of dull reasons, I haven’t ridden much lately. Then, just as I was ready to restart, we went on holiday. We took the bikes with us for our week in Brittany, knowing that the weather there is often surprisingly mild and sunny in November. And so it proved. It’s just that we had the dog with us, and riding would have meant either leaving him alone in a strange place or making him ride along in the Doggy Hut on main roads (not much in the way of voies vertes in the part of Finistère we were visiting). Neither felt fair – after all, it was his holiday too.

So we brought the bikes back unridden. And then more dull reasons for not riding. Until today.

It’s one of those dazzling December days. The light’s so bright your eyes tire from squinting.

Trish said she was going for a ride and did I want to come? I said yes. A couple of minutes into the ride I was cursing my decision. It must have been a good 15 degrees C lower than the last time I rode. It’s so easy to forget what winter cycling is like.

The air was cold enough to sting. Not far from our house is a hill down into the village – a long descent where we regularly get up to 40kph just coasting. At the bottom of the hill I pulled over, my face pulled tight into a grimace. There were so many tears in my eyes I couldn’t see where I was going, and I’m picky about that sort of thing.

“This is going to be a short ride,” I told Trish.

But then the magic happened – the moment where you just switch into winter mode. A few minutes later we stopped so that I could photograph Trish going up another hill (above). The cold was all but forgotten. 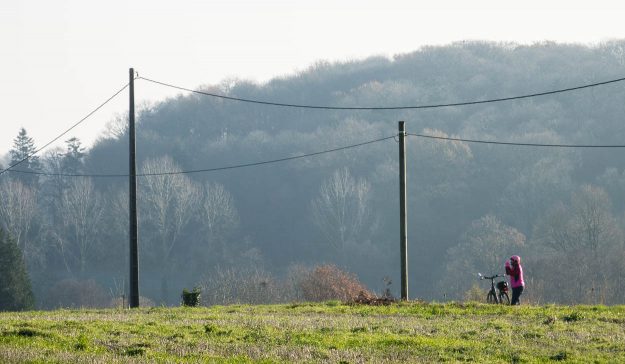 I love winter air like this. As a photographer it gives a crispness to the light and to distant scenes. It feels like you can see forever. 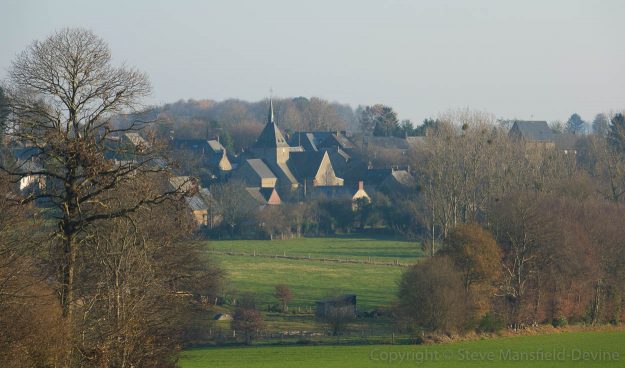 It made me somewhat melancholic for the days when I used to fly. Crisp winter days were the best, not just because you can see so far, but because the cold, dense air makes the engine, prop and wings much more efficient and effective. The aircraft would feel like a fighter. 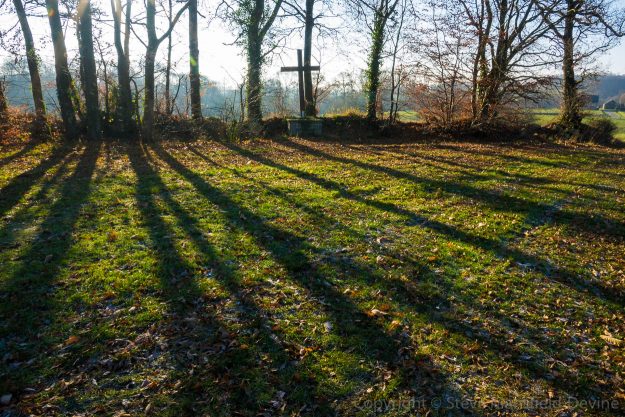 The low sun also makes it seem like Golden Hour all day long.

We cycled for around 25km all told and for most of that I’d forgotten that it was cold. It’s a lesson I learned last year and, it seems, needed to learn again: don’t let something as trivial as low temperatures put you off. The cold is soon forgotten but the rewards stay with you. 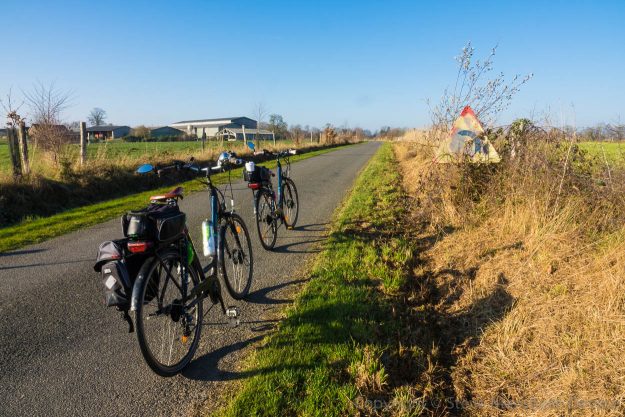