Winter has been something of a surprise. It’s been astonishingly rainy, but not that cold. The surprising bit, though, has been how little cycling I’ve done. My first cold in several years has been the main culprit, but also a general disinclination.

Normandy can be grey. Lowering skies and low light levels persuade you that being out on the roads won’t be much fun. For a start, there’s nothing to see, right?

A couple of weeks ago I finally succumbed to cabin fever. And the only cure was to get on the bike. I wrapped up warm – too warm, actually – and headed out. It was just a local ride and I had no idea where I was going. I just took turns at random.

It was mostly familiar territory. But I was struck, once again, by how the roads you’ve travelled dozens of times and the landscapes you’ve glimpsed repeatedly through the window of the car, become foreign and new when you move in the open at bike speed. 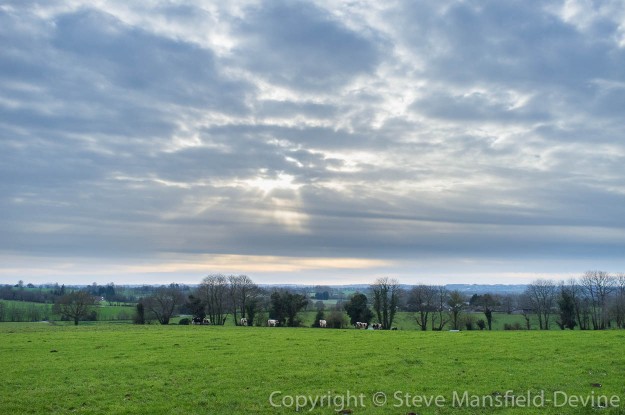 Somehow, the roads seemed to keep taking me back towards home. Having been off the bike for at least a couple of weeks, I thought I’d tire quickly, but the brisk air was like a tonic. So, at each junction I’d turn away, defying the gravitational pull of home, knowing I could always crank up the assist when I got exhausted and cruise back.

On one road – the one we take to the local shops at least once a week – I finally took the time to take a peek at a derelict cottage that I’ve been meaning to photograph for … well, for years. One of the best things about cycling, for me, is how easy it is to stop and take photographs. Or even just look. In a car, there’s always the complicating factor of having to park safely. And you usually overshoot, with the consequent inclination to just carry on and ignore whatever it was that attracted your eye. On a bike, you never have to do that. 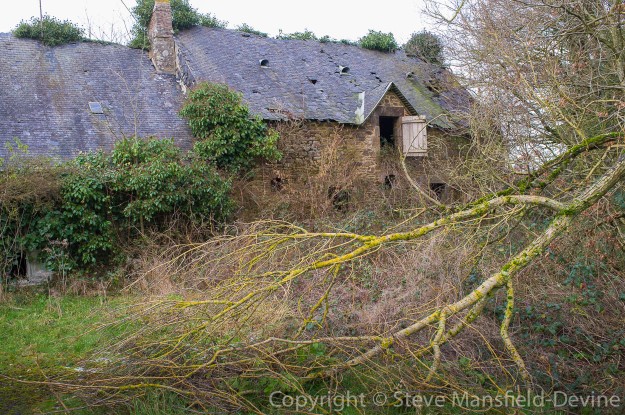 On a bike, there’s also plenty of time to look up at the skies. I mean, the Orne isn’t Montana, exactly, but the skies can seem pretty big here. 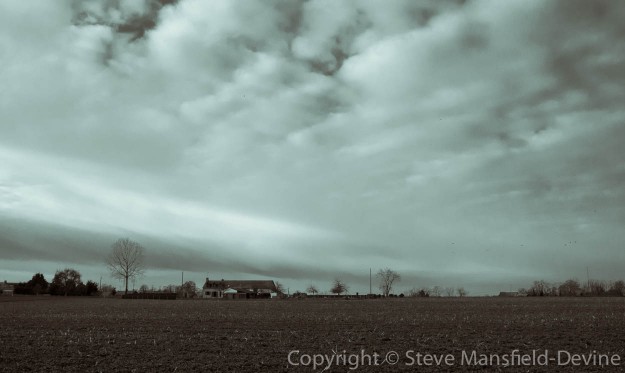 Eventually, and almost against my will, I found myself at the junction with the road to our house. I’d only done 16km and it didn’t feel enough. So I ignored the turning and pushed on, down through the village and ‘around the block’, the long way to the house. (Trish later told me she often does the same thing.)

It was a 20km ride, but I got home feeling ready to do it again. And the day didn’t feel nearly so grey anymore.

2 thoughts on “Taking the time to stop”