The debate about whether to wear hi-vis clothing shows no signs of going away. And, to be honest, I’m as baffled as ever by those who are against it. 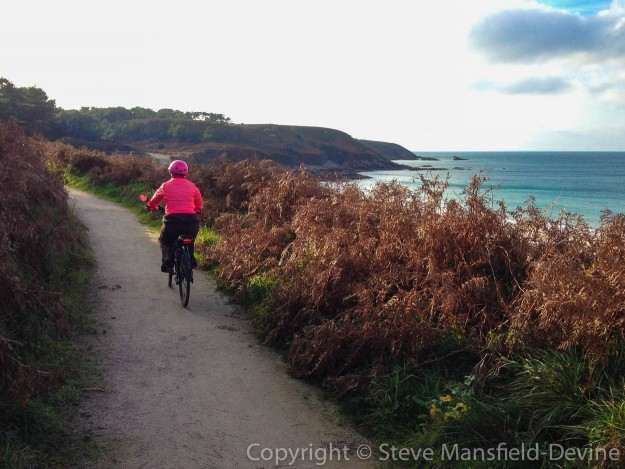 One of the arguments seems to be that there’s no scientific proof that wearing hi-vis makes you safer. And it’s true that the scientific studies are inconclusive. But it’s also true that if you searched Google for ‘should I poke myself in the eye with a sharp stick’ you might not find much in the way of rigorous scientific proof either.

The evidence is spotty, at best. A paper often cited by the anti-conspicuity crowd is ‘The use of conspicuity aids by cyclists and the risk of crashes involving other road users: a population based case-control study‘, a 2012 PhD thesis by Phil Miller. Alas, its conclusions boil down to little more than ‘well, there’s no significant proof either way, and in the limited terms of this analysis there’s nothing to be said for or against’ (I’m paraphrasing). Part of the problem with the research, I suspect, is the very small sample. I’m also somewhat dubious of how the author got those involved in accidents to describe their visibility, and the research seems poorly designed in other respects, too.

So what do the anti-conspicuity crowd do? They take a lousy study and hail this as ‘no proof that it works’, as if that’s the same as saying it’s proof that it doesn’t work – which it isn’t. I have no actual proof that sticking my head in a tiger’s mouth will be bad for me, but I’m not going to try it.

So we have to fall back on common sense. And that means using your eyes.

As soon as Trish & I had made the decision to become cyclists – and long before our bikes arrived – we started paying particular attention to cyclists, especially when driving. And we were struck by the difference hi-vis clothing makes. And it is a huge difference. Day and night, you see them from much further away, giving you far more time to plan how you will pass them (or not).

When you point this out, some idiot will always pipe up with something along the lines of: “Well it’s not the drivers who are paying attention that you need to worry about.”

What this kind of crude argument betrays is a rather simple-minded binary view of protective gear – that if it doesn’t work at all times in all conditions it’s not worth wearing ever. It’s the same kind of dim-wittery you get with the helmet debate – “well it won’t help when you get hit by a 30-tonne truck”, as if that’s the only kind of accident that ever happens.

It’s all about reducing risk. You’ll never get it to zero. A driver may still hit you because you appeared in his blind spot, or he failed to notice you because of the saccade phenomenon, or he was drunk or a moron. What you’re trying to do is reduce the likelihood of that happening. And wearing an attention-grabbing colour can only help.

You can’t do anything about the other two situations, but why wouldn’t you want to make a difference where you can?

One of the more ludicrous claims I’ve seen is that advocating the wearing of hi-vis gear is a form of ‘victim blaming’. This is usually accompanied by the assertion (explicit or implied) that it is up to drivers to obey the Highway Code and adopt safer driving practices. And that, of course, would be nice, but let’s live in the real world. And doing that means acknowledging that there will always be bad drivers, or good drivers having bad moments, and that everyone has a responsibility to ensure their own safety. I don’t just wear hi-vis when cycling; if I’m walking country lanes at night, I’ll wear it then, too. Why? Because I don’t want to be lying in a ditch one night with my last words being, “He should have been a better driver.”

There are arguments that, if wearing hi-vis clothing becomes the norm, it will create extra risk for anyone not wearing the clothing because motorists will evolve to see only people in fluorescent colours. (I have, by the way, seen zero evidence to support this and I find this a rather unlikely phenomenon.) I guess this is along the lines of, once most people are looking both ways before crossing the street, then it will be dangerous to cross without looking – after all, motorists will have become accustomed to people checking for traffic before bumbling across the road. Me? I think this is evolution in action…

Another form of this argument is that cyclists shouldn’t ‘have’ to wear special clothing just to perform their god-given right to cycle. This stems from a sense of self-righteousness and entitlement found in a certain species of cyclist. But in a sense they’re right. In fact, aside from the need to obey the law in some places, like France, where wearing a hi-vis gilet is mandated in most circumstances, you don’t have to wear hi-vis. Not if you don’t mind dying.

Of course, if you’re hit by a car in one of those many situations where wearing hi-vis would have prevented it, then you are guilty of contributory negligence. That’s not victim blaming, it’s common sense. If you’re hit walking across the road because you didn’t take the elementary precaution of looking, then you bear some of the responsibility – not all of it, perhaps only a tiny bit, but some. Ditto for not locking your house and being burgled – that’s not to excuse burglary, but you have to accept responsibility for your own security, as the insurance firm will be quick to tell you.

I should note here that my bias is entirely towards rural cycling. Some of those who argue against wearing hi-vis clothing focus (whether they are aware of it or not) on urban cycling – in fact, not a few of them are urban planners. I think that the city and the countryside are completely different environments from both cycling and safety perspectives. For example, the visual complexity of the urban environment does weaken the case for hi-vis (but not fatally so).

To be honest, I think a lot of the anti-conspicuity rhetoric is thinly veiled anti-car activism. And whether that’s justified is up to you and your feelings about cars. But let’s at least be honest about what we’re saying here.

When night falls, the case for hi-vis, especially retro-reflective gear, is even more of a no-brainer. Bright and colourful clothing can seem dim even when illuminated by headlights. Your lights will help, but the more visible you are the better.

Getting people to be more conspicuous in the dark isn’t a new thing. But regardless of what the UK Government told you in the 1980s, showing up in a car’s headlights requires more than a headscarf or a newspaper.

So forget about the limited studies and dubious statistics. It’s easy to see the benefits of hi-vis clothing – just open your eyes.