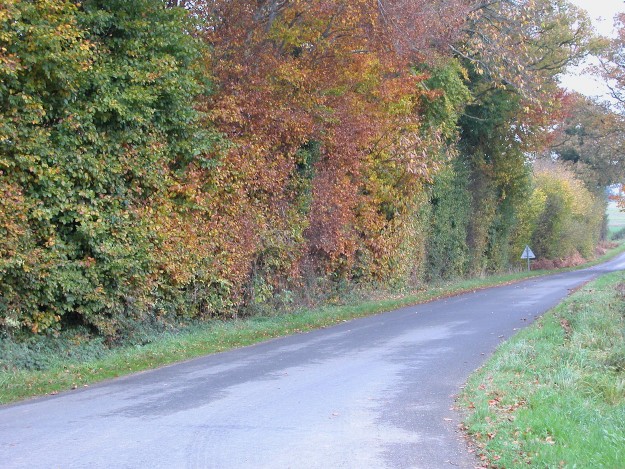 So, I finally remembered to bring my camera on my morning ride because I actually had a bag to put it in (review of BTR rackbag to follow). I missed the glorious weather last week, so you’ll have to make do with these rather grey pix. The weather today was mild, though, and not as wet as it looks.

November is typically the month when we get major leaf fall. Usually it’s a storm that brings it down, but this year, the leaves have come pattering down simply of their own accord – it’ll be a last bit of colour before there’s nothing but bare branches all winter.

Nevertheless, as you can see, this area is beautiful in all seasons and I’m profoundly grateful that the bike gets me out into it.

Above is the road round my village – see the heavy traffic levels I have to deal with? Tsk. In just over 20km today, I was passed by a lorry and a couple of cars, I think – about right for this time of year. The maize is gathered in now, and it’s all gone a bit quiet, though I do get to wave at a few distant farmers in tractors, who usually look at me as if I’m entirely insane.

Below is a nearby village – note the fortified wall, presumably a remnant of a less peaceful time. All the local villages once had ten times the population and have huge churches and presbyteries, even though there are no priests left. This is not the presbytery, though – the real one is much larger. 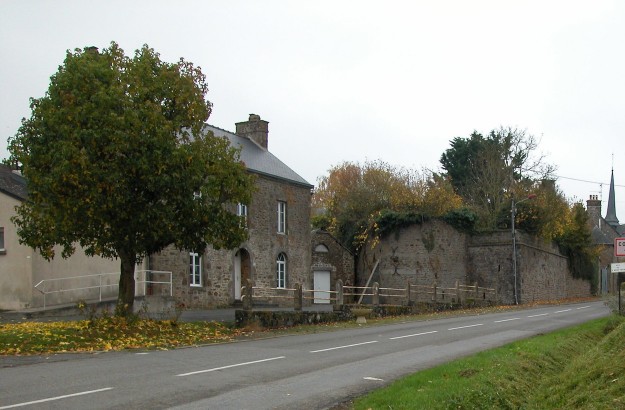 I usually do 20km or so in the morning (leave it till afternoon and life gets in the way), and I vary the journey each day. This morning I headed for pastures new on the first part and rode two villages along, then back through a third ‘ville fleurie’ famous for its flowers before returning to my own village via a roundabout route. Then I went off up this back road below to get a few more clicks in. I like zooming down this hill… 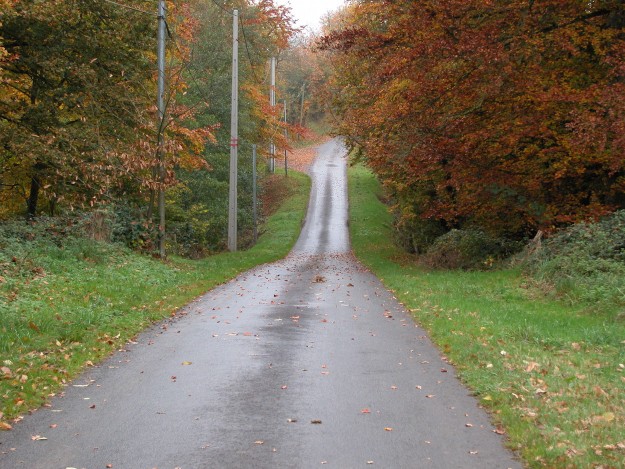 …then I climb home again via the hill  below – the steepest on this particular journey and about the only place I use assist level three (it wasn’t easy getting started again after taking this pic). The banks are also steep – a classic bit of bocage. On the right-hand side, the cows graze about 15ft above you. We used to walk round here but our poor old dog can’t manage it any more. 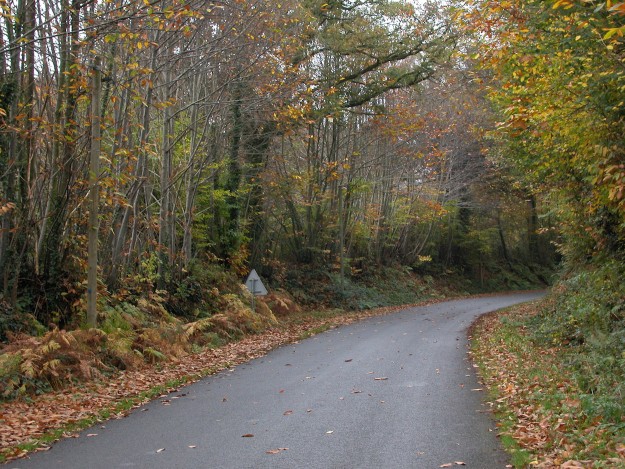 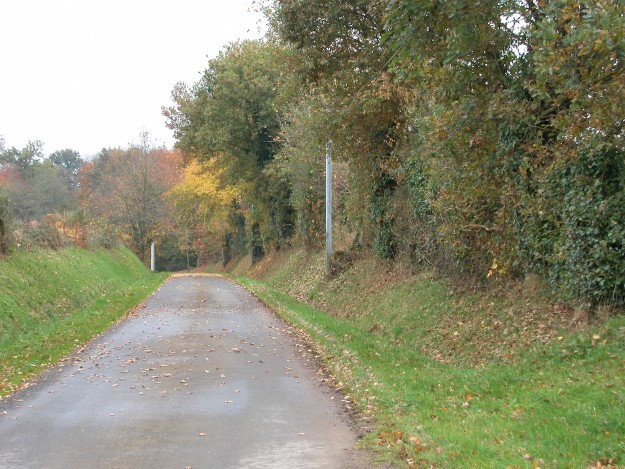 Above is another bit of bocage – you can see how on the left, they’ve removed the hedgerow that stabilises the bank, while on the right it’s still intact. The yellow tree is a birch – hedges here are mixed, with cherry, oak, chestnut and various other trees. The best are the field maples, which are butter yellow and smell like sugar. Riding through them is like riding through sunlight.

After being out in this for an hour or so each morning, I feel completely restored. Wonder if I’ll be able to do it in winter, though… 🙁