Back when I used to do some flying, I’d look forward to winter in a perverse kind of way. Many pilots would think of the winter months as ‘out of season’. And, indeed, the low grey clouds would often make getting airborne impossible. But those days when you could fly were hard to match at any other time of the year. I think cycling might be like that.

With flying, the crisp, dense air makes the prop, engine and wings more efficient, so that the aircraft feels more alive. But above all, it is the winter light… when there’s a nice high pressure system sitting over the landscape, you get severe-clear visibility combined with a low sunlight that makes the countryside glimmer and scintillate.

Today we took advantage of just such a brilliant day to cycle 20km around the local lanes. 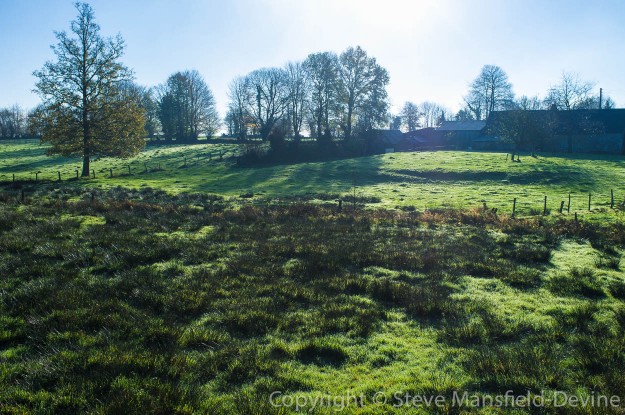 The air was a bit ‘bitey’ at first. A little more than a week ago we’d been cycling in t-shirts in Brittany, in 20°C sunshine. Today, back in Lower Normandy, it was just as bright, but with the thermometer down at nearer 5°C. 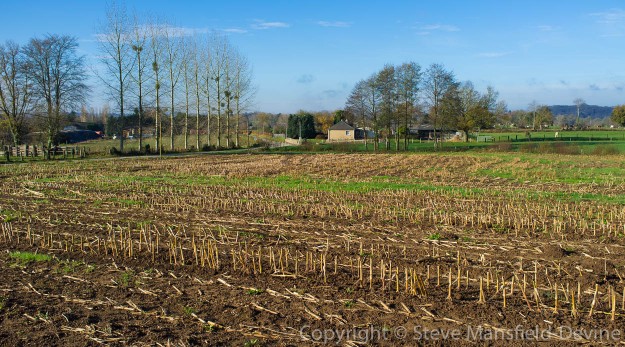 Most of the crops have gone: some maize remains standing – perhaps because there’s been such a glut this year that it wasn’t economic to bother harvesting it. The farmers will probably plough it in as a green manure.

With the fields so open, we could really soak in the light, low as it was.

For part of the ride, we tried new roads that we’d never travelled in the 19 years we’ve lived here permanently. This is one of the joys of cycling for us – discovering more about the place we live, and experiencing it in a very real and immediate way. 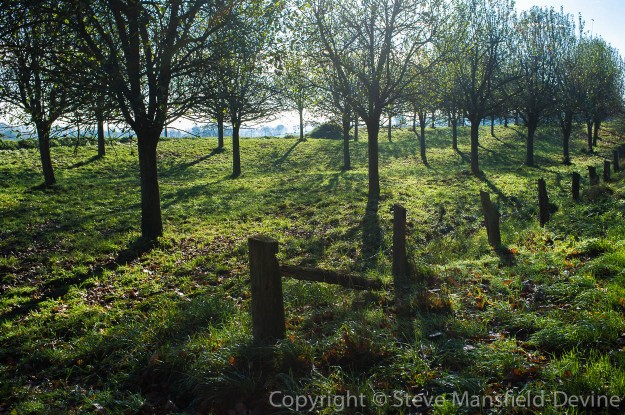 Elsewhere, we enjoyed seeing familiar parts of the countryside transformed by the beautiful light. Above is an orchard I’ve driven past dozens of times. Always meant to take a photo.

As we approached home, towards noon, the sun was raising steam in the fields, as though the landscape was smouldering. 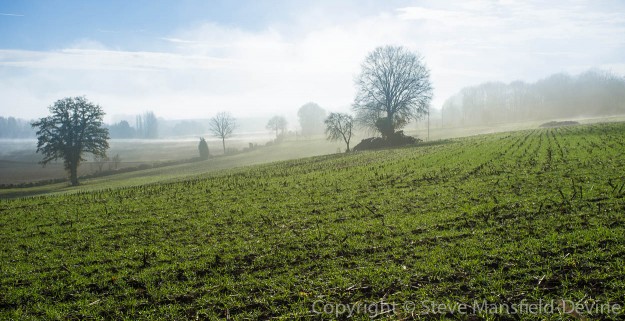 I’ve read a lot of forum posts lately from cyclists who are setting up their training systems so that they can stay fit in the comfort of their homes over winter – pedalling hard on bikes that go nowhere. Some make it sound like they won’t venture out in the real world while the roads are slippery and the air frosty. That’s a shame, because this, to me, is what cycling’s all about.