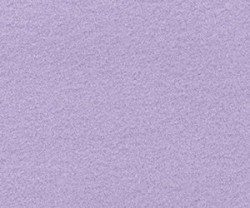 My Marinac jacket from Lands’ End is something I’ve had for several years but hardly ever worn.

When it arrived, I instantly regretted my choice of colour, which is the pale lilac at right (or, as Lands‘ End calls it, ‘Orchid Petal’), not the attractive green in the picture below. I bought it in this colour only because it was on sale, and the other colours at full price were a tad too pricey for me at the time (about 60 quid). This colour shows every mark and is impossible to keep clean, and is also unflattering on me. Oh la… 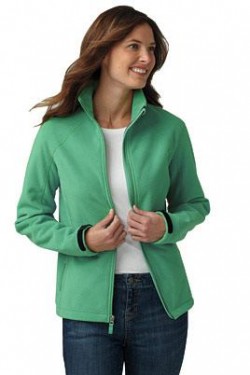 Marinac jacket – I do not look like this in mine

The cut is also rather weird – it works best when your arms are by your sides and I felt kind of restricted in it at the shoulders. It’s also much too large in the waist and the upper chest area and too snug across the bust (something that plagues we D-cup girls, as any garment that is large enough for the cup area usually has tons of excess fabric in the upper chest – manufacturers still aren’t au fait with the idea that some women have breasts…).

I also didn’t like the rather stiff and squeaky softshell outer fabric, nor did it give me enough coverage for dog-walking, where the fronts of my legs get soaked and freezing. And it had no hood.

So all in all, it was what I called a bad buy. I tried several times to give it to friends but no-one wanted it and hey, I’d spent too much money on it to just throw it in the Emmaus pile. So there it sat in the wardrobe for a couple of years, taking up house room other than as a sling-on when going swimming. In the end, I kept it in the car as an emergency cover-up.

However, a couple of the features that made it unsuitable for walking (too short, too pale) make it very useful on the bike, along with the long tail and zip-up pockets. It’s also wind- and water-resistant, made of two layers of fleece with a Dri-off water resistant finish on the outer layer, and a Windcheck barrier in between, and the zip has a barrier layer too. In fact, the damn thing is REALLY well made, which is why it’s annoying that I look so crap in it (a darker colour would definitely help here, as it is a very bulky garment).

Once inside it, and zipped up securely (the zip has a garage, which is always welcome), and with the cuff tabs done up, it’s extremely snug and cosy, while also being lightweight.

Our temperatures have dropped to about 12 degrees Celsius recently, so I thought I’d give this jacket a trial on the voie verte, where I have to keep my speed down for the dog and I don’t build up much in the way of body warmth (I’ve tried it out on the road but it was too warm, as I work a bit harder there). Now that the maize has mostly been cut down, sections of the trail are also quite exposed to the wind, so I figured its wind resistance would be welcome. On the voie verte, I wore it with a fleece balaclava from Intersports, which makes up for the lack of a hood.

The upshot is that this jacket may look bloody terrible on me, but it really does the job. It is warm, cosy, lightweight, snug – everything I wanted except flattering. If I ever get another one, I would definitely go for a darker colour, though I think a Marinac vest is a more likely buy.

I think this would make a great commuter jacket for most cyclists, though it’s obviously no good for road racing.

NB: be aware that the Marinac changes design from time to time, if you ever think of buying one. In former incarnations it had fully elasticated cuffs, while the current version has half-elasticated cuffs rather than the brilliant Velcro tabs on mine.