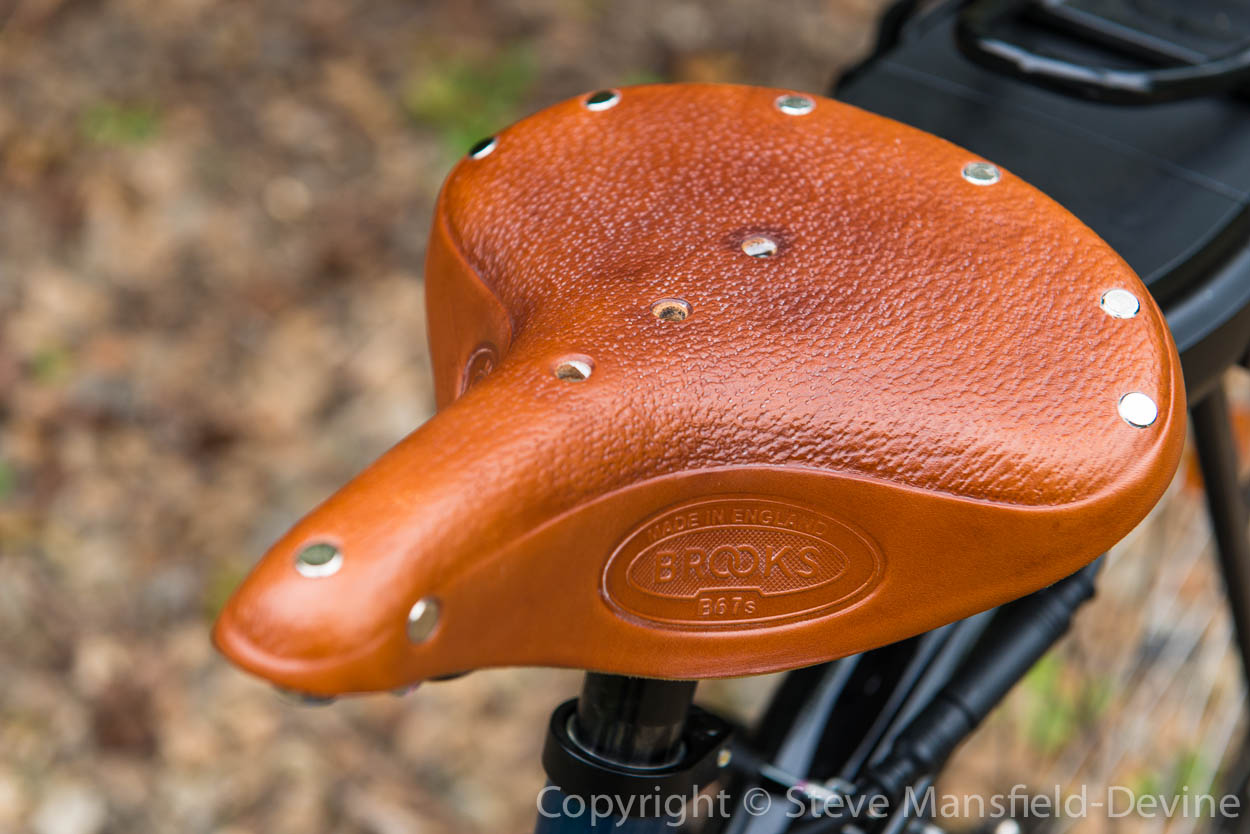 Our Gitane bikes were supplied with a gel saddle by Kinetik, which is apparently beloved of French postal workers, but I had been eyeing the Brooks saddles for some time in any case.

Sitting on the gel saddle of our stationary bike, during the long wait for the Gitane, was very uncomfortable. I’d also tried a gel saddle on my old mountain bike, a Selle Italian X2 Diva Lady Gel Flow, and a gel saddle cover, none of which felt right at all.

So, although I’d decided to wait and try the Kinetik first, I think I always knew in my heart of hearts that I’d be pressing Send on the Brooks I had in my Amazon basket. 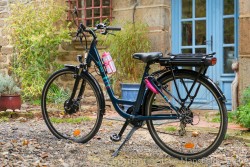 Before, with the Kinetik saddle supplied

As it turned out, I didn’t quite have time, before the DH bought it for me, which was very kind of him. I’d also been in touch with Brooks, given them a thorough description of our weights, health issues, ages and type of riding we intend to do, and they’d been very helpful (thank you, Munky). 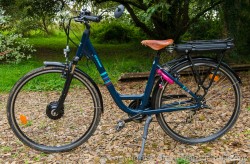 After, with Brooks saddle

Munky’s suggestion was the B67s for me, and the B190 for Steve, and I went for it in ‘honey’ as being the most attractive colour on my cobalt blue bike. Steve opted for the B67 for now, for price reasons, and because he’s a little concerned the B190 might be too springy, but he’s bearing it in mind as an option.

Why Brooks? Well, clearly there are two camps when it comes to saddles – those who believe in leather, which is handmade, often sprung and needs to be broken in, and those who prefer the high-tech options with gel and padding and cutouts and the like, which are meant to be comfortable from the get-go.

We are big readers of Lovely Bike, and Velouria’s thorough descriptions of the various Brooks saddles were instrumental in our choosing leather. So were the very many comments on her Brooks post. Clearly, those who like their Brookses, swear by them, and my friend M, who commutes in London on his Brompton every day, told me that his B17 is by far the nicest thing he owns. He’s still pissed that someone stole his old one along with his old bike. 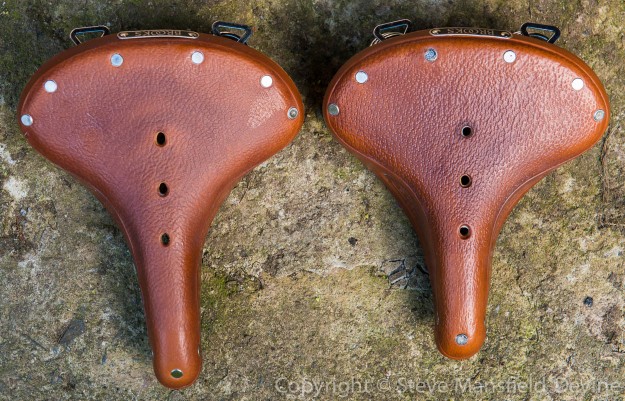 When the saddles arrived, they were indeed things of beauty and quality, with massive steel springs and thick leather stretched tightly across the frame. The holes in my saddle are round, whereas Steve’s are oval, due, he supposes to the piece of leather being the same size but stretched over two different sizes of frame. The saddle also instantly made my bike look more elegant and made the supplied saddle look lumpy, like a Shetland next to a thoroughbred.

I was struck by, though, and a tad apprehensive about, how very hard the Brooks saddles were – like moulded plastic seats. You had to work hard to convince yourself they were leather. But Steve proofided them as instructed and we left them for about 6 hours and then I went for my first ride, on country roads with a lot of loose chippings.

Oh God, the comfort. Even out of the box, the Brooks was better than the Kinetik, and the tailbone pain that had plagued me disappeared almost instantly. The incredibly narrow nose on the ‘s’ women’s saddle is a godsend – no more brushing your thighs against the nose over and over again with every pedal stroke. The very wide seating area is very supportive and doesn’t cut into even an ample butt like mine.

I did find, though, that I was slipping forward, so we tilted it up just a tad before my next ride and it wouldn’t surprise me if I tilt it up just a fraction more when everything’s sorted out.

In the past week, I’ve put about 80km on it and it’s already beginning to conform to my shape, the left sit bone depression slightly deeper than the right (my left leg is shorter than my right and I wear an orthotic on that side). And the leather now feels like a drum, not like a plastic seat. 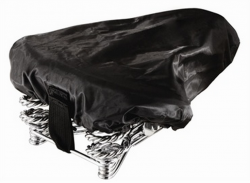 We have invested in the Brooks waterproof covers, to be on the safe side in rain, although the bike itself is tucked up in a Bike Parka when not in use.

So, so far so good. Maybe when I’ve got a hundred hours of butt-time on it, I’ll review it again, but for now I’m really remarkably pleased, and glad too to own something so efficient, so beautiful, handmade, and made in England too.