Well, I’ve had my new bike for four days now, and I can finally admit to myself that I like it. 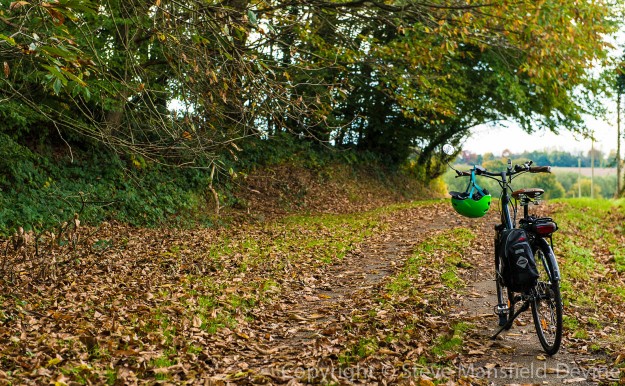 As excited as I was about getting the bike, I couldn’t rid myself of a lingering doubt that this just wasn’t going to work out. The three rides we made a little while ago on my old Peugeot didn’t go so well. Actually, the rides were great, but after the last one I was ill for three weeks with vertigo, brought on by the arthritis in my neck.

I’ve been trying not to think about it, so I was surprised at my own slightly muted response to the arrival of the bike. This wasn’t helped by an argument we’d had with the vendor, Buzibi, which had exhibited some of the lousiest customer service I’ve ever witnessed – and we live in France, so there’s stiff competition.

In setting up the bike, I also managed to strip the hex head of the bolt on the seatpost clamp (and yes, I was using a torque wrench set to the recommended value). So the seat was slightly too low – at least until a new clamp arrived in the mail.

We started with short rides – about 4-5km at a time. Even with the misadjusted seat and the Gitane Organ’s lousy, slippy pedals (replaced yesterday) I soon felt the exhilaration of riding displacing the anxiety.

Today we rode for 20km, setting off into a grey murk that was quickly replaced with brilliant sunshine and just enough haze to throw a romantic veil over the autumn landscape. It was pure joy.

And yes, I’m feeling the effects on my neck, but nothing like as bad as I might have expected. In fact, as I type this, I want nothing more than to get back on that bike…