We’d got to the point where we thought our bicycles were just a myth. Ordered weeks ago, when summer was still blazing, the hope they symbolised started to fade with the shortening days. But now, at last, one of them (Trish’s, dammit) has finally arrived… 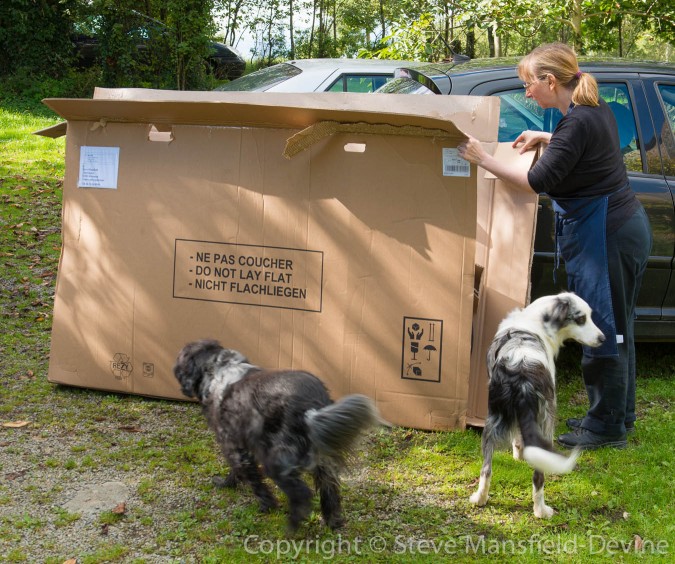 It was the biggest box we’ve had delivered in a while.

“Matelas?” queried the delivery guy. For a moment my heart sank and I thought there had been a terrible mistake, that we were being given someone else’s mattress and that the bikes would remain a myth.

“Vélo,” I said, more in hope than expectation.

We had the box ripped open in no time, and there it was – the Gitane Organ e-bike. Not quite what we’d expected. Apparently, this year’s model is a fetching shade of blue, rather than the charcoal grey of our friend’s bike. 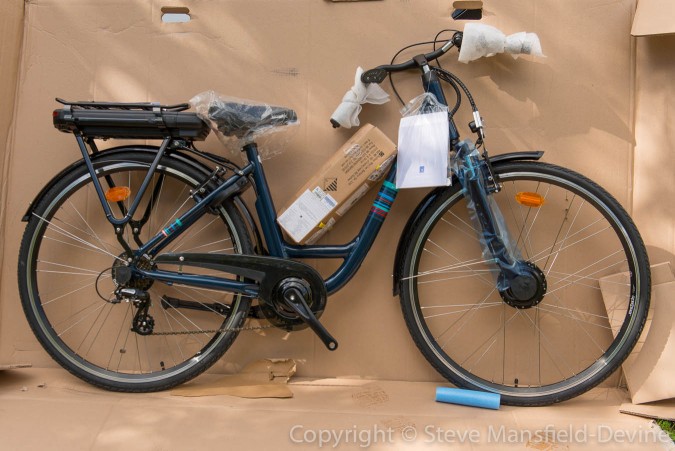 We also found that the bike was fitted with an Axa circular lock. We’d already bought locks, but may still use them as they’re in day-glo pink (for Trish) and green (for me). It can’t hurt to add more colour.

The tyres were already reasonably well inflated and the battery at close to maximum charge, so we just needed to spend a few minutes fettling with a multi-tool, and make a quick check of the seat height, which was already close to perfect. 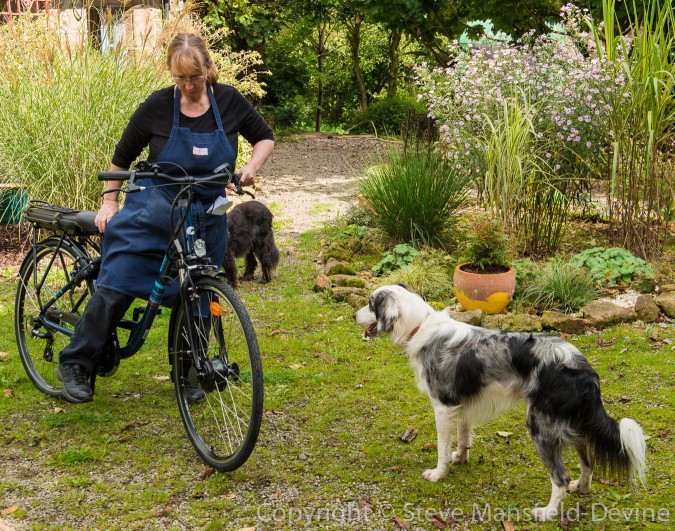 Then Trish was off down our lane for a test ride… 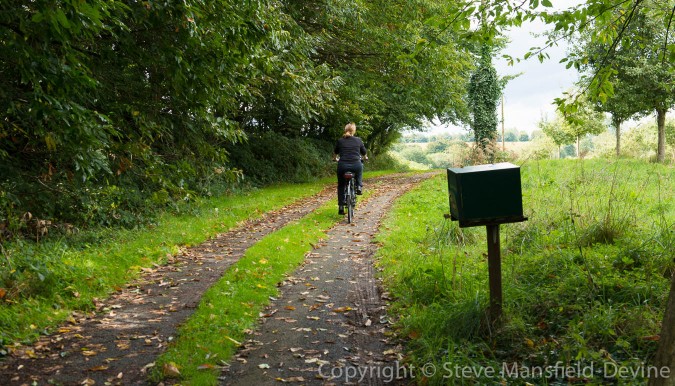 She was gone longer than I expected. Given the hills at the end of our lane, the electric assist of the e-bike had obviously encouraged Trish to venture down the road.

Soon though, she was back again.

Then, somewhat unexpectedly, some old geezer made off on the bike…

But don’t worry, we got it back.

Annoyingly, Trish was too busy preparing for a girls’ night in to play with the bike much. And the torrential rain didn’t help. But I’m sure we’ll have a lot more to report over the next few days…