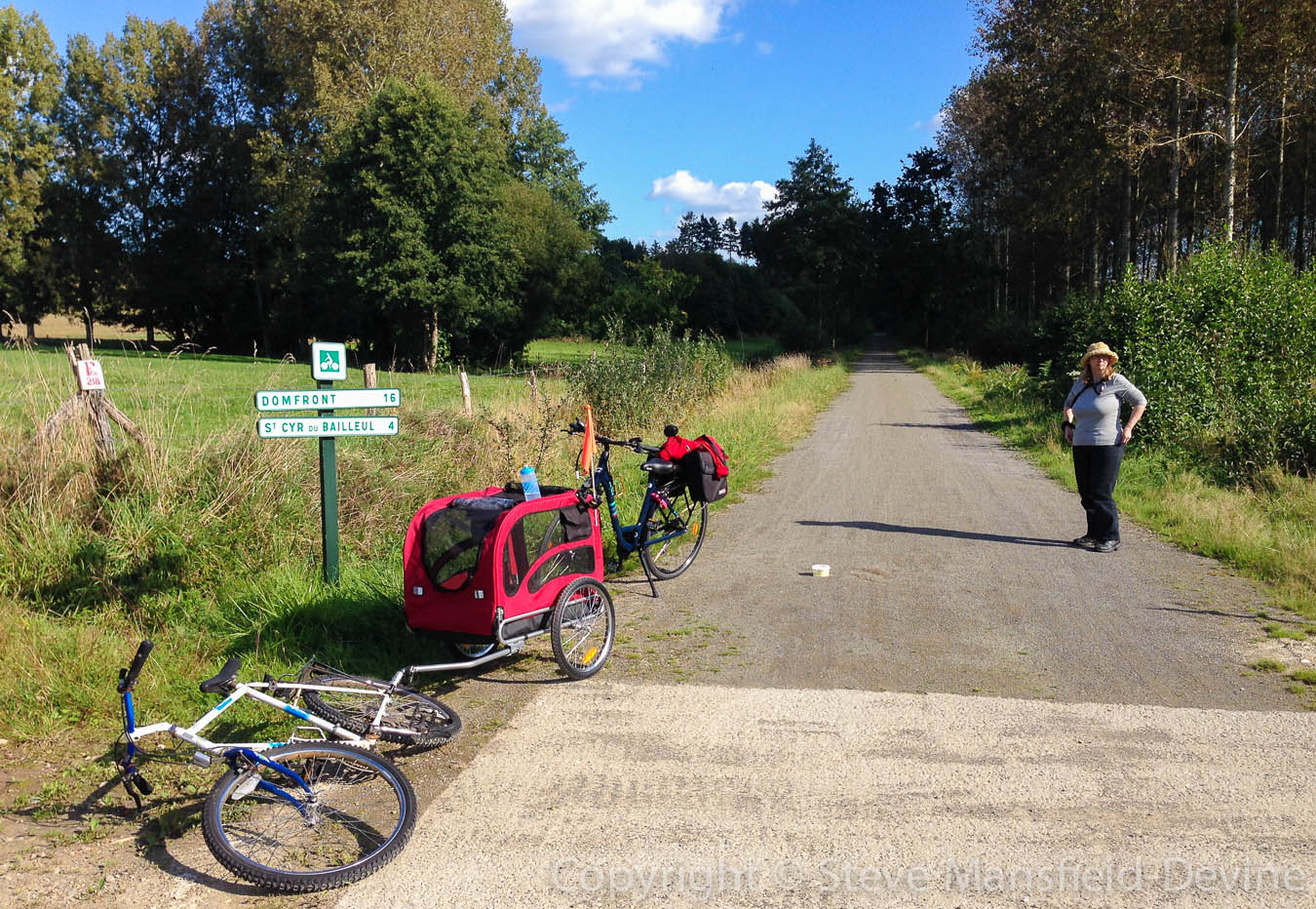 So, yesterday we tried out both the e-bike and the Doggyhut for the first time.

For our first ride out, we chose the usual route where we walk the dogs on the voie verte. Normally we join at a certain point and turn either right or left, walk about 2.5km and turn round and come back. We figured that for cycling, we could go twice as far, so we joined at one end, where it was easy to park.

As Steve mentioned in his blog, everything went pretty swimmingly, though I think from his point of view, as long as he’s on the old pushbike, he might prefer to do the uphill section when he’s fresh, rather than when coming back.

But there were a few things we learned along the way too.

For myself too there were some interesting differences. In the several-week wait for the bikes, I’ve been upping my time on the stationary bike, but the new bike, of course is a different kettle of fish.