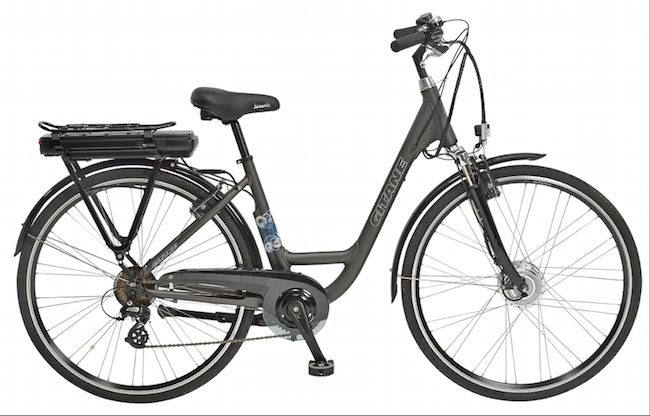 It’s funny in a way to see how this cycling business is burgeoning out of control.

Only a couple of months ago I was wincing at spending 45 euros on a second-hand cross-country bike, and now we’re into it to the tune of several thousand euros for two e-bikes and all the kit.

Well, this is what happens when the DH gets involved….

My original objective is long gone – it was to take the dog down the voie verte perhaps twice as far as we could walk him. Our daily 5km does nothing to even wind him now and I thought if I could take him further in the same amount of time, it might be good for him.

The thing is, I haven’t cycled in 30 years. When I was growing up in Doncaster, cycling was easy. It was the 1970s and there were fewer cars. I was young. Everyone had bikes – the boys had drop-handlebar racers and everyone else had some sturdy warhorse. I played netball, hockey and tennis and was a sprint runner and swimmer, and I thought nothing of cycling to my friends’ houses or my sister’s house and back again, up Stoops Lane (a pretty stiff gradient). It was either bike it or walk it. And so it continued until I moved to London and promptly gave the whole thing up.

Firstly, I lived two miles from college, so it was easy to walk, but secondly the traffic scared the crap out of me. I never for one moment, unlike the DH, considered cycling in the capital. Braver friends all got clipped or had near-misses in that first year, though none of them seriously, but that only confirmed my assumptions.

Fast forward nearly 20 years and when we moved here, the DH bought us both bikes with the expectation that we’d both ride now that we were in the countryside. But after 15 years of sedentary work, I found it utterly exhausting. Our courtyard slopes upward from the house and barns, then the driveway slopes steeply downwards. In either direction there is then a hill. I cycled – once – to a friend’s 3km away and when I got there, I thought I was going to die of a heart attack.

Nor could I get the hang of the 27 gears (precisely 24 more than my old bike). Constantly jamming the pedals, I fell over and cut myself open on our hardcore gravel and that was that – the bike went back into the shed and collapsed in a heap of rust.

When I got back on a bike again this July, my chief expectation was that my balance would be a problem, along with my fitness. And since I ‘couldn’t afford’ the Pashley trike that my cycling friend Mark pointed me at, and thinking I’d be all over the place on my two-wheeler, I ordered adult stabilisers.

But it turned out that those expectations were wrong, too. My balance was just fine, as was my stamina after years of swimming and dog-walking. What I hadn’t allowed for was the excruciating pain in my crotch.

This was something entirely new to me and entirely unexpected. I don’t ever remember feeling pain in the crotch before on a bike, but extra weight, age and being unaccustomed to the saddle – I assumed – must have taken their toll.

After a bit of research online, I bought a new saddle to replace the squishy gel-job that was on there – a Selle X2 Lady Gel Flow, but it was equally, if not more, painful.

I was nonplussed, and so were my cycling friends. Perhaps stretches, or a doctor, they suggested. On further reading, I worked out that it couldn’t just be my sit bones. The pain was further forward, in my perineum, and it shot down my right leg as soon as I got on the bike – it didn’t come on gradually. I whimpered with every pedal stroke.

It was a lovely chap at the local bike shop that put me right. By this time I had worked out that a Dutch-style bike was what I was attracted to – I liked the swept-back handlebars, the stepover frame, the built-in rack. He didn’t sell them but I explained my problem and he nodded sagely, quickly twotted a cross-country hybrid for me by lowering the saddle and bringing it forward, and bringing the handlebars all the way in, and voilà – it was like sitting in an armchair.

The problem, it turns out, is that, like everything else in life, the average bike is not made made for yours truly at 5′ 1″. I had been experiencing pain because I was leaning far too far forward to reach the handlebars on a bike whose top tube was too long (despite it technically being the right frame size), thus creating pressure on my pubic bone. This is quite a different pain from the discomfort of breaking in your sit bones, which I am now doing on our stationary bike while waiting for our e-bikes to arrive. The latter is a dull ache, not a sharp, piercing pain.

It’s because bikes are designed for men with their short legs and long reach, and not for women with our long legs and short reach. Even though my bike was unisex and the right frame size, the configuration was still all wrong for me. A bike that gives me an upright stance, with a really short reach, is what I need.

I recalibrated my expectations from 45 euros to 350 euros and just as I was about to head out to look for a cheapo Dutch bike from somewhere like Decathlon, serendipity suddenly came our way in the shape of J, a friend of a friend, who dropped by to show me her new bike, a Gitane Organ.

I admired it. Nice lines, elegant, Dutch style, though with exposed derailleur gears rather than the hub ones I was looking for, and moustache handlebars. But pretty good overall. And then she dropped the bombshell. “It’s electric,” she said.

“Is it?” I said. I couldn’t tell. The battery was tucked very neatly under the rear rack and the bike’s lines made it not at all obvious that it was assisted.

The thing is, we’d completely written off the idea of electric bikes because of the price. 2,000 and 2,500 euros for a couple of bikes we’d admired, the property of two Belgian touring cyclists who stopped outside our local bar one day. This was well out of our league.

But J’s bike was only 999 euros, which for an e-bike is phenomenal. I liked the build quality too, and the way the assist worked – it drives the front wheel and you can turn it off to save the battery when you’re on the flat.

J insisted that I try it, and I swooped down – and more importantly up – our neighbouring hills like someone was pushing me in the back. You’re still riding, still putting effort in but it takes the godawful grind out of it. It was also very comfortable and since J is about my height, I knew it could work for me.

I ran upstairs and insisted that Steve try it, and one ride and he was sold. He used to be a keen commuter cyclist but due to health issues, cannot make ‘gros efforts’ any longer. A few minutes on the Gitane and that was it – the gros efforts are done by the bike, not by the rider.

We did a ton more research but came back again and again to the Gitane – nothing else we could find came close in terms of spec for the money. So we took a deep breath and ordered them, upping the spec to get the largest battery and wiping out half our savings in the process.

Now all we have to do is wait. There is a shortage of motors at the factory, so the normal seven-day turnaround has been extended to more like two months – another expectation altered, leaving us jumping up and down with frustration.

But all things have their advantages and I am using the time to build up my stamina and saddle time on the stationary bike, adding a kilometre a day, which brings another changed expectation in its wake – after firmly insisting that I would NOT ride this bike on the road, I am now tentatively eyeing trips around the village and to nearby towns… 12km yesterday and 40 minutes saddle time. A 20km journey is now starting to look do-able…